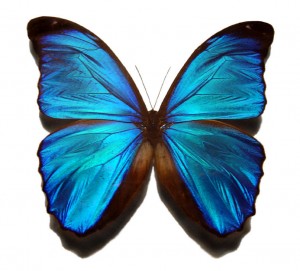 Reconnecting with Source
By Claire Burrows

As we approach 2012, there is much talk of a paradigm shift in consciousness, which in some quarters is perceived as the ‘end of the world’.

It was our consciousness, or rather our lack of it, which created our current world with its rules, regulations, hierarchies and structures. Our focus on material wealth and personal gain stemmed from our inability to create our lives through our higher selves. We sought guidance from outside ourselves, causing us to create false centres of consciousness, pushing us further away from Source.

Since the early 1960’s, as the Age of Aquarius began, we have seen individual consciousness arise. As we reach 2012 and beyond, a critical mass of consciousness is moving away from the fear-based false centre towards a new world order: a world where consciousness leads the way, rather than compliance.

During the 1960’s, the naturopath Robert St John was observing this shift, and recognised that in order to actively achieve this shift, a process was required. Over the subsequent 30 years, he developed what is now known as Metamorphosis. St John observed that it is our attitude of mind, our thoughts, which create our reality. Nothing happens unless we think it first. If our thinking is conditioned by thought patterns from the past, then so too is our current reality. To truly ‘create’ our life in the present moment, free from this conditioning, we must be free of these thought patterns.

St John recognised that our ability to think developed in the womb at the same time that our physical body was developing. He created a process, based on the concept of reflex points, to address the flow of consciousness from awareness to concept, idea, thought, form, creation and finally into action. By gently paying attention to consciousness at these points, it is possible to release oneself from these patterns and move towards a less conditioned and fearful pattern of life.

Metamorphosis practitioners have been working with this process over the past 30 years. They are mainly clustered in Australia, the US & Ireland, where St John did most of his work. Each individual will have a different experience, but there have been vast improvements noted at a physical, emotional and behavioural level, not to mention the spiritual. Children with Autism respond particularly well, as they free themselves from fear but continue to be highly functional.

Fertility, the creation of life, is another area which responds well to Metamorphosis. Both or either partner may wish to release negative patterns prior to conception so that this influence is not introduced to their offspring. Where there is a history of miscarriage (the failure of the life force), Metamorphosis has been successful in clearing the negative patterns, and so produces a healthy pregnancy and birth. The list goes on…

Because the change is made at the fundamental level of the human being, rather than the symptomatic level, there is no condition which cannot improve through the release of thought patterns and the subsequent creation of the individual’s life through a higher level of consciousness. What comes about through this clearing is the capacity to reconnect with Source in the present moment. This is where we connect with ‘all that is’, rather than what was or what might be. The connection with ‘all that is’ means that by trusting ourselves and our intuition, we can make choices and create our life based only on the present moment.

The results can be significant to an individual, but it is the critical mass of consciousness which will have the greatest impact. It is predicted that over the next 20 years, as we transition to a different state of being, mental health will be the most common dis-ease of the human race. This comes about when there is conflict between the inner purpose and the external purpose, when there is a sense of unfulfilment and lack of motivation. Metamorphosis can assist anyone who wants to take control of their own life rather than be subject to the negativity of racial, cultural or family influences.

None of these changes will come about in a dramatic manner, but by about 2020, we will be able to look back and identify that 2012 was the cusp on which the world shifted. Those of us who take responsibility for our consciousness during this time will be the true creators of our new world.