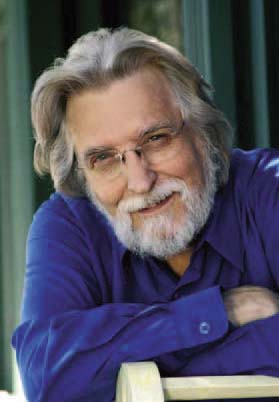 Some years ago, a man began his journey in the most ordinary way. Overstressed and overextended by modern day life, when the options ran out and frustration reached its peak, he turned to God. When he moved house, as part of a change-of-scene strategy to find his way, fate was to provide more than just a change of scene. A car driven by an elderly man turned directly into his path. The man was lucky to escape alive from the car accident but he did suffer a broken neck. Over a year of rehabilitation meant that he lost his job. A failed marriage had already made him leave his home and soon he couldn’t keep even the small flat he’d rented. Within months he found himself on the street, homeless. It took him the best part of a year to pull himself together and get himself back on his feet. He had seen the dregs of life, living out in all weathers, collecting beer and drink cans in the park in order to get the return deposit. He now seemed to be on a roll again and yet, once more, he felt emptiness in his life. In 1992, following a period of deep despair, he awoke in the middle of a February night and wrote an anguished letter to God. “What does it take,” he angrily scratched across a yellow legal pad, “to make life work?” Now well chronicled and widely talked about, it was this questioning letter that received a Divine answer. The man says that he heard a voice, a soft and kind, warm and loving one that gave him an answer to this and other questions. Awestruck and inspired, he quickly scribbled these responses onto the pad. More questions came, and, as fast as they occurred to him, answers were given in the same soft voice, which now seemed placed inside his head. Before he knew it, the man found himself engaged in a two-way on-paper dialogue. He continued this first ‘conversation’ for hours and had many more in the weeks that followed, always waking up in the middle of the night and being drawn back to his legal pad. These handwritten notes would later become the best selling “Conversations with God” books by Neale Donald Walsh

Today the books have been translated into thirty-seven languages. Neale’s work has taken him from the steps of Macchu Picchu in Peru to the steps of the Shinto shrines of Japan, from Red Square in Moscow to St. Peter’s Square in Vatican City to Tiananmen Square in China. And everywhere he has gone – from South Africa to Norway, Croatia to The Netherlands, the streets of Zurich to the streets of Seoul, Neale has found a hunger among people to create a way to live, at last, in peace and harmony. He has sought to bring men and women in every culture a new understanding of God and of Life.

In his new book “Happier Than God”, Neale expands on this theme and here, talking in his own words, he explains how his latest work can be used to change our daily lives.

“I have just released a book, Happier Than God, which I call a Master’s Manual for Spiritual Awakening. It is a marvelously clear explanation of How Life Works, with a deep exploration of the Process of Personal Creation and the Mechanism of Manifestation. Above all, it is a sweet revealing and a powerful unveiling of how we can partner with God – and are already doing so without knowing it – in producing the experiences of our day-to-day lives. The book talks about how average, every day people (you don’t have to be a guru or a saint) can work in direct collaboration with The Divine to turn ordinary lives into extraordinary experiences. It is not a book of ‘spiritual theory.’ It provides a plan that can change lives. Included is a program that I call 17 Steps to being Happier Than ~God, an incremental approach that combines the best of the conceptual truths of the Conversations with God series with the clearest description yet of how to turn those concepts into practical tools for altering life for the better – forever.”