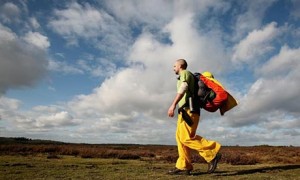 Mark Boyle has completed a challenge which has been heralded the ultimate tribute to environmentalism, socialism and even humanitarianism: a year of moneyless living.

On Buy Nothing Day, 28th November 2008, he pitched up on land at an organic farm on the outskirts of Bristol, armed only with a caravan – courtesy of Freecycle – a wood burner and a simple rocket stove.

Cash was replaced by the lost arts of foraging and bartering and by the newer pursuits of swishing (swapping unwanted clothes) and wwoofing (worldwide opportunities on organic farms, where helpers work in exchange for food and lodgings). Other lifestyle changes included using newspaper as loo roll, creating pens out of wild ink cap mushrooms and making use of people’s unwanted items.

Despite finishing his challenge at the end of November 2009, Mark continues to live without money, relishing the freedom and simplicity of his new life. He now plans to set up a community of like-minded people, volunteers for which are in abundance. During the last few weeks of his challenge, more than 2,000 people joined Mark’s Freeconomy internet site, which promotes skill-sharing without any money changing hands.

Mark’s debut book, The Moneyless Man, was published in May. The proceeds from which are going into a trust fund to buy land on which the Freeconomy community will be built.

The initiative, once off the ground, will encourage the general public to come and experience moneyless living. It will be a place where food, friendship, culture, education, skill-sharing, scavenging and foraging is at the core. 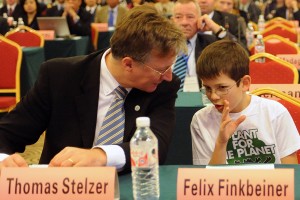 When Felix Finkbeiner announced that he wanted to take part in the United Nations Environment Programme’s Billion Tree Campaign, his teacher thought he only meant to plant one tree, but soon realised his nine year old pupil had a more ambitious project in mind. “Let’s plant millions of trees,” he proposed. “A million in each country of the world.”

Felix travelled the country to deliver his presentation on global warming to other schools, creating a network of young tree-planters and co-founding Plant-for-the-Planet. Two years later, his ‘Stop Talking. Start Planting’ campaign has rallied huge support from hundreds of other children and helped to plant a million trees across Germany.

At a recent youth conference, Felix informed Achim Steiner, United Nations Under-Secretary General: “The students of Germany have taken responsibility for their future by planting a million trees. Thus, we have contributed to the worldwide target by a thousandth.” Reminding him, “It might not seem very much but we do have to go to school in the week!”

Felix has also set up several Plant-for-the-Planet academies, where students all over Germany, and more recently China, can teach each other to become climate ambassadors. “We kids are not planting trees because we want to be forest rangers or environmentalists but because we believe that we can’t leave the future up to adults alone,” he said.

Felix has gained global recognition for his work, named Champion of the Earth by UNEP in 2008, winning the Bavarian State Medal for services to Health and the Environment in 2009 and being the youngest recipient of the Utopia Award. Now 11 years old, he recently addressed the European Parliament and was invited to present his case at the G8-Summit.

Entering the stage, he reached for the microphone and said: “The future for you means 20, 30 or 40 years.” The audience fell silent. “For us, the future means 70 or 80 years. Whether the sea level rises this century by one, two or three metres is a scientific question for you. For us it’s a matter of survival!” The entire audience rose to their feet in applause.

“When we cross the street, our parents take our hands,” Felix said, “but as we go into the future, we have to take the hands of our parents.” 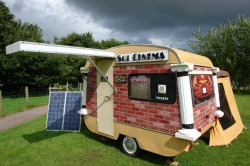 A mobile, solar-powered ‘micro-cinema’, commissioned by Undercurrents, will be touring the UK this year. The 1960s two berth caravan, which was converted into a cinema using recycled materials, will help bring the work of progressive film makers to diverse audiences.

Inside, Sol Cinema will comfortably accommodate eight people, yet it caters for outdoor audiences of up to a hundred. Power comes entirely from the sun, via two solar panels and is stored in state of the art lithium batteries ready for late night screenings.

Undercurrents is an alternative video news agency that focuses on social and environmental justice issues. Recently, its co-founder, Helen Iles, was named a Digital Hero of Wales at a ceremony in the House of Lords. The award celebrates outstanding people who are using digital technology to bring about positive, environmental and social change. 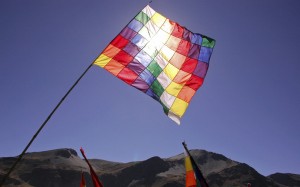 This is a moment in time when many indigenous peoples of the world believe they will ascend in influence and their way of life will be more prevalent again. For this reason, the recent gathering of indigenous peoples from across the globe at Tiwanaku, in Bolivia, to celebrate the inauguration of President Evo Morales, is particularly significant. Entering his second term as the country’s first fully indigenous Aymara head of state for hundreds of years, he won a staggering 63 per cent of the vote.

In a traditional ceremony at the ancient archeological site of Tiwanaku, Juan Evo Morales was attended by four ‘abuelos’ – two men and two women who are more than a hundred years old each. President Morales is now proposing a programme of ‘communitarian socialism’ and, in April, he is convening a conference on the rights of Mother Earth. Seeking to blend the old with the new, Evo, as he is popularly known, is striking a balance between the traditional and the modern.

Aymara Elders refer to an awakening of a new genetic code in humanity, which will begin expressing itself in 2010. Simultaneously, this year, other Elders will hold meetings in Tibet, Africa, Australia, Nordic countries and at Stonehenge in Wiltshire, among other historical places. 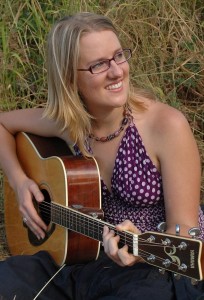 Rebecca Wright, an aspiring, Australian musician living in Glasgow had a feeling that something big was in store for her this year. Her intuition told her to practice extra hard on the cello and guitar. Then, one day recently, she was contacted out of the blue by a Melbourne-based band called “Wishing Well” who were planning a six month tour of Europe. She had been recommended to them as a cellist by a mutual friend, and after sending them a few YouTube videos of her playing along to some of their songs, they invited her to join them on tour. She feels it’s a wish come true.

We would love to print more positive Irish news stories, so if you have one, send it in to us. We know there are lots of them out there and we want to share them with everyone.

Spirituality and the City – Summer 2010

Neurofeedback Brain Training for the New You! –...

On The Mend with Ondamed Therapy. But What...

The Rhythm of Life