Waiting in the Sky 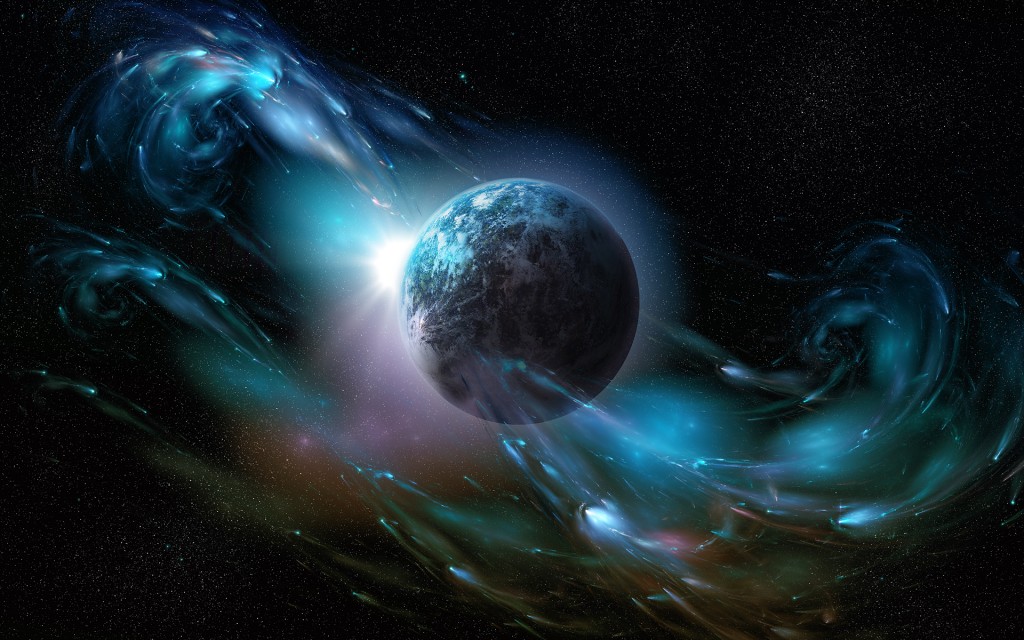 “There’s a Star Man waiting in the sky. He’d like to come and meet us, but he thinks he’d blow our minds.” ~ David Bowie

Astronomers estimate that there are about 100 billion stars in our galaxy, and about 100 billion galaxies in our universe. Dr Alan Boss of the Carnegie Institution of Science has estimated that each Sun-like star has on average one “Earth-like” planet. This simple calculation means there would be huge numbers of planets capable of supporting life in our universe. One for every star you see in the night sky.

The discovery of planets outside of our solar system has intensified interest in the possibility of extraterrestrial life. As of September 2010, Gliese 581 g, fourth planet of the red dwarf star Gliese 581, appears to be the best known example of a possibly “Earth-like” planet outside of our solar system. Studies indicate that the planet is situated near the middle of the habitable zone of its parent star, where temperatures are neither too hot nor too cold.

It is 20.5 light-years (1.94×1014 km) from Earth in the constellation of Libra. 1 light-year is 5.8 trillion miles, and the maximum speed of a NASA Space Shuttle is 17,500 miles per hour, so some might argue that visiting (or being visited by any inhabitants of) that planet is out of the question. But, those working in the new scientific field of Hadronic Mechanics know that ‘faster than the speed of light’ space travel, and even time travel, is possible.

So, advanced civilisations should have no problem using this scientific understanding (that we ourselves are now beginning to explore) to visit distant parts of the universe in the blink of an eye.

“I’ve made 4 major conclusions after 51 years of study and investigation.” says Stanton Friedman, MSc. “First, the evidence is overwhelming that planet earth is being visited by intelligently controlled extraterrestrial spacecraft.

Second, the subject of flying saucers represents a kind of cosmic Watergate. That is to say, some few people within major governments have known since at least 1947 (when at least 2 crashed flying saucers were recovered with alien bodies in New Mexico) that indeed some UFOs are alien spacecraft.

The third conclusion is that none of the arguments made against the first two stand up under careful scrutiny. They sound great until you look at the data and then all those anti-arguments collapse.

And the fourth conclusion is that this is the biggest story of the millennium; visits to planet Earth by alien spacecraft, and the successful cover-up of the best data (bodies and wreckage) for 62 years.”

There is such an effort to discount what many people are still not ready to believe. “Most of the information that is out in the public on this issue has been a carnival of silliness, and that keeps most serious people sort of in the closet on it.” says Stephen Greer.

“The truth of it is actually more interesting. These extraterrestrial technologies are so advanced that they interface directly with coherent thought, with conscious mind. The development of the artificial intelligence that is built into these spacecraft is fascinating. It is so advanced that it picks up on a directed thought. This is what we’ve been experimenting with; and the whole paradigm becomes a new paradigm of understanding the structure of the cosmos.”

It has been said that these extraterrestrial beings have been watching over us since the beginning of human civilisation, and that they are here to take care of the planet. “I know of at least 60 different kinds of extraterrestrial beings that have visited the people whom I work with.” says Regression Therapist, Barbara Lamb. “Some beings come to be mentors to their humans, and the beings seem to work with the person for that person’s lifetime.”

So, if these visitors are here to help, why don’t they reveal themselves to us all at once, and why don’t those humans in seats of power (who know about what is going on) tell us what they know?

Well, I think the human answer has to do with the ego and its need to be in control. But the most interesting idea that I’ve come across as to why these extraterrestrial beings (who seem to be able to go wherever they like and do whatever they choose) haven’t yet revealed themselves to the world at large, is that there is an Embargo on Planet Earth.

They are light years ahead of us, not just in distance, but in technology and seemingly in behaviour as well. However, we are making that journey ourselves, taking steps towards a wiser world, and like a parent encouraging a child to walk, they want to let us do as much of it by ourselves as possible.

It has also been said that there is an end date to this embargo. Would it surprise you to know that the end date is the year 2012?

So, what will life at the end of the embargo be like? We will all know that we are not alone in the universe. Our science and technology will blossom like a long awaited Spring. Medicine will heal without causing any harm. Education will evolve and History will be rewritten. We can explore the outer and inner dimensions of the universe with well-travelled guides.

All of our wildest dreams may come true.

There may be some who find it hard to let go of their status as the leaders of the old world, but the old world will be gone and those who cling to it will not find a place for their separation mentality in the new world.

The wonderful Stephen Greer reminds us that a hundred or so years ago, Erwin Schrodinger, who was the father of Quantum Mechanics and Particle Wave Theory, stated that the total number of minds in the universe is 1. And, in fact, the consciousness is a singularity, phasing within all beings.

This is at the heart of the compassion of Buddha and the oneness spoken of in spiritual texts and all the religious traditions and Native American traditions.

“These visitors understand that,” Greer says “because you cannot travel at multiples of the speed of light without crossing the light barrier, and when you do, you enter into this realm that the mystics used to call the etheric, astral, conscious realm.

The Singing Fields of Dublin

Positively Newsworthy: Getting Better All the Time

Happiness is a key to a Positive Life...

The Burrito Boyz – Gastronomical Giving from US...