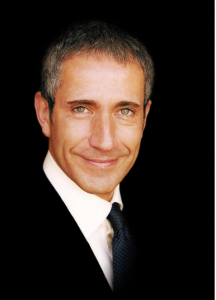 Reflections of a Contemporary Sound Alchemist
By Stewart Pearce

Sound healing is my passion, and a path I’ve trodden full of love and conviction. This métier has been shaped alongside thirty years of voice coaching Actors, members of Royalty, Politicians and CEO’s. They have all been gently encouraged to discover their ‘signature note’ – the song of their soul – so as to resonate optimum authenticity and gravitas from their being. Living thus means we transform the sound of words, we move them from being merely cerebral tools into being magnetic sonic keys that resonate deep in the hearts, souls and bodies of those who listen; just like the Senachai weaving their magical stories from the enchantment of the natural world.

The temple of sound healing known as The Alchemy of Voice was first inspired during a remarkable encounter with Angels during the Harmonic Convergence of August 1987. Up to this point in life, I’d revered Angels as beings of light that lovingly fulfilled God’s creation through the profound gifts of mercy and grace. Little did I know that I would experience a meeting with their force, even though since childhood I’d felt especially close to Archangel Michael. From eight years of age, whenever I held an image of Michael in mind, unusual phenomena would occur, such as the disappearance of personal objects or the sudden witness of roses where there hadn’t been flowers before.

Then during the weekend of the Harmonic Convergence in 1987 as I meditated on Glastonbury Tor – the world’s heart chakra – I became aware of a series of such high-pitched harmonics that they appeared to move like lasers through the right side of my head and down through my body, searing my heart. Startled, I opened my smarting eyes and saw twelve brightly coloured Orbs suspended in the air around me, exuding total love. Hoping that I wasn’t delusional, for it became apparent no one else saw these Orbs, I stared at their exquisite brilliance and heard a deep voice of such sincerity that told me a communion of beings known as the Angels of Atlantis would bequeath me – a body of knowledge concerning the power of sound in creation which holds the central belief that each of us possesses a point of harmony known as our ‘signature note’.

The treasure in this notion means that when we find our note we become self- empowered, and when we find this power we find the archetypal key of our sovereignty. Nourished thus, the world becomes a different place to be in, for our lives become rich with vitality, harmony and well-being. Consequently, the stress levels associated with the fixation we have with the Yang force of Doing become more in balance with the innate sense of Being. We move from sounding in our heads alone, feeling the body full of breath force, and learn to speak from our hearts, where the harmony of our signature note lies within a secret chamber.

Our ancient peoples knew this, for they lived in a world where machine noise didn’t exist as we know it – for example, the Elizabethans wrote: “All speech is decorated silence.” Before this, the Greek and Roman compulsion for oratory drew them into the central belief that acquiring ‘persona’ (meaning ‘through sound’) would bring veracity to creative exchange. Indeed, in most of the world’s cultures there is a central belief that all of creation came about through sound. We hear this reflected in the scientific paradigm of the Big Bang. I feel this explosion of vast proportion arose from a ‘big silence’ within the field of consciousness we know as the Universe.

The legacy of this brief interlude suggests that if we can live our note and its myriad resonances, arising like sparkling light from crystal, perhaps something truly noble can be opened with our lives where the heart speaks forth its truth hitherto not revealed.

Stewart was Head of Voice at the Webber Douglas Academy from 1980-1997, then Master of Voice at Shakespeare’s Globe from 1997-2007. Stewart is also an inveterate Sound Healer, Seer and Angel Medium.

We Recommend: NeighbourFood – A Way to Support...