Optimise your Health, Personalise your Diet 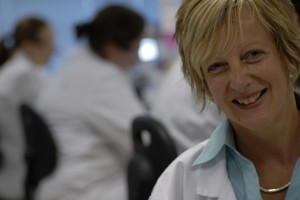 It’s not surprising that people are reluctant to find out which foods might be contributing to their ill health symptoms: “Where do I start? Which foods should I be avoiding? I just can’t do it”. For those of us who have been faced with having to make, sometimes radical, dietary changes, there are many questions that need answering. What exactly can I eat if I have to remove milk, wheat, gluten and yeast from my diet? Where can I buy those alternatives? How will I manage if I go out to a restaurant and will my friends think I am being awkward? There is no doubt that it can be really daunting and can put people off trying to find out their culprit foods in the first place. Looking on the massive plus side though, the benefits that dietary change can bring can literally be life-changing. The evidence is clear that food intolerance exists, that 45% of the population are suffering from food intolerance and that the ill health symptoms associated with this condition are far and wide ranging. Why is it still the case then that doctors rarely explore the link between food intolerance and chronic conditions such as gut symptoms, irritable bowel, headaches, migraines, sore joints, eczema, skin rashes and fatigue with their patients?

The fact is that every individual person is unique with a different biochemical make-up, even to others with similar conditions. For example, cow’s milk, oranges and eggs may be responsible for Emily’s headaches but safe for Jane who also suffers from headaches. The challenge is to identify the exact culprit foods, and then to feel supported in sticking to your new regime. The link between adherence to dietary advice and improvement of symptoms is clear. In the largest study of its kind, commissioned by the leading medical charity, Allergy UK, it was shown that of 3,559 people who were strict at keeping to the diet according to their test results, 76% reported significant improvements in their food intolerance symptoms. Of the 1,436 people that made a reasonable attempt at the diet, only 66% reported noticeable improvement. In addition, just to show the impact, out of those who struggled changing their diet, only 16% felt any change; and that wasn’t sustained. The test used in the study is the YorkTest FoodScan; it only requires a few drops of blood from a finger prick that can be collected by you in the comfort of your own home. This blood test measures food-specific IgG antibodies. Antibodies to foods are found in the body when the immune system has identified a particular food type as being “foreign”. Measurement of IgG antibodies to foods in blood shows that the body is fighting that particular food. Nutritionist consultations, carried out over the telephone, are offered as standard as part of the YorkTest Food Intolerance Programme.

Most people newly diagnosed with food intolerance are usually fully enthused and determined to change their diet, and make every effort to stick to the new “rules”. The research showed that it is after getting through the first few weeks, and when starting to feel better, that sustaining the new diet becomes difficult: “Just a small amount of XXX food won’t hurt,” says that devilish little voice in your head. Sound familiar? But with your Nutritional Therapist there for you, encouraging you along the way, making sure that you stick to the programme and giving you tips to keep that enthusiasm going, it’s easy to succeed.

If you think you have a food intolerance, or if you have been tested and feel that you need additional help in sticking to your new diet, contact 01 2022701
www.yorktest.ie

NPA: A Gateway To Intimacy. How Non-Personal Awareness Improves the Quality of Personal Interactions

Less is More in Winter