Words and Photos by Patrick Bridgeman

It’s always a pleasure to be in the same room as HH Dalai Lama, especially when he comes to Ireland to visit his good friend Richard Moore. Moore, who was blinded by a soldier’s bullet when he was a child, became HH’s hero when he heard about how Richard actively chose to forgive the soldier and seek out his friendship. Today, HH Dalai Lama finally got to meet Richard’s mother, whom HH refers to as “Mother Hero”. Always playful, HH snuck into the press conference unannounced so that he could get right up beside his blind friend before making himself known. 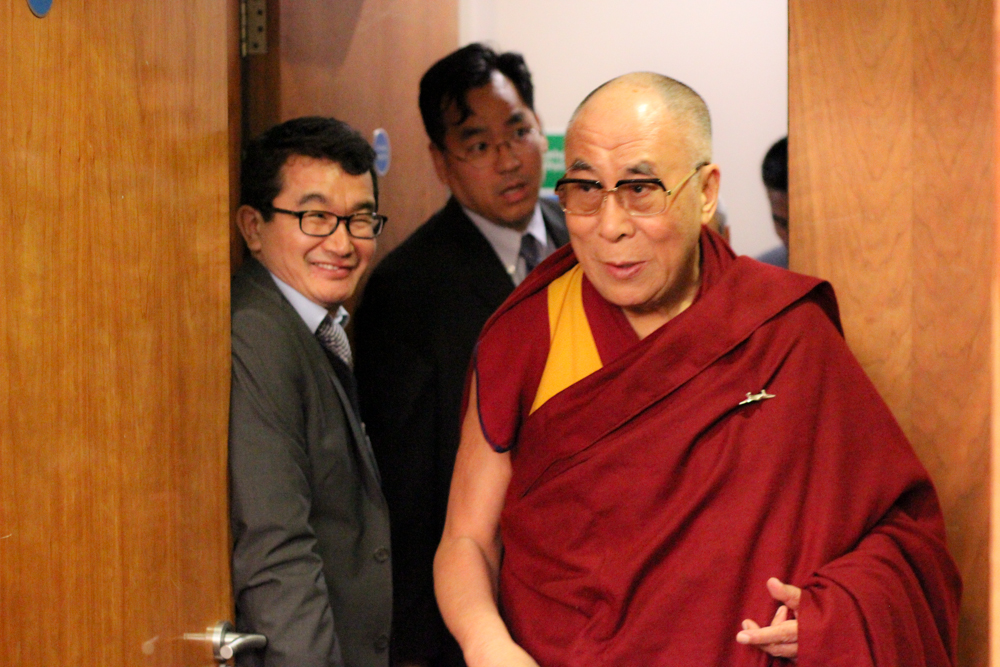 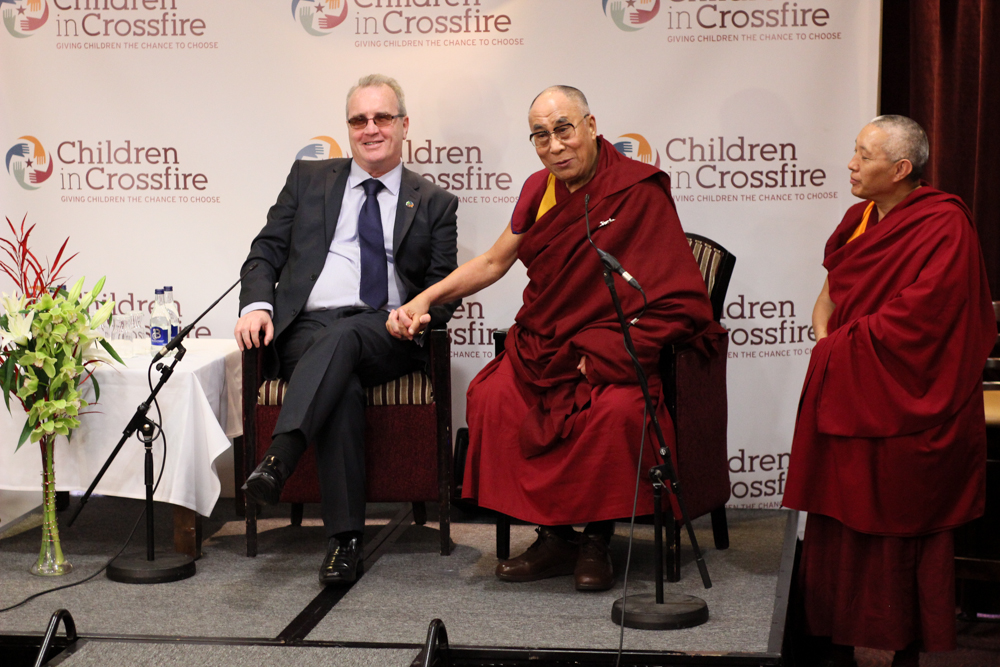 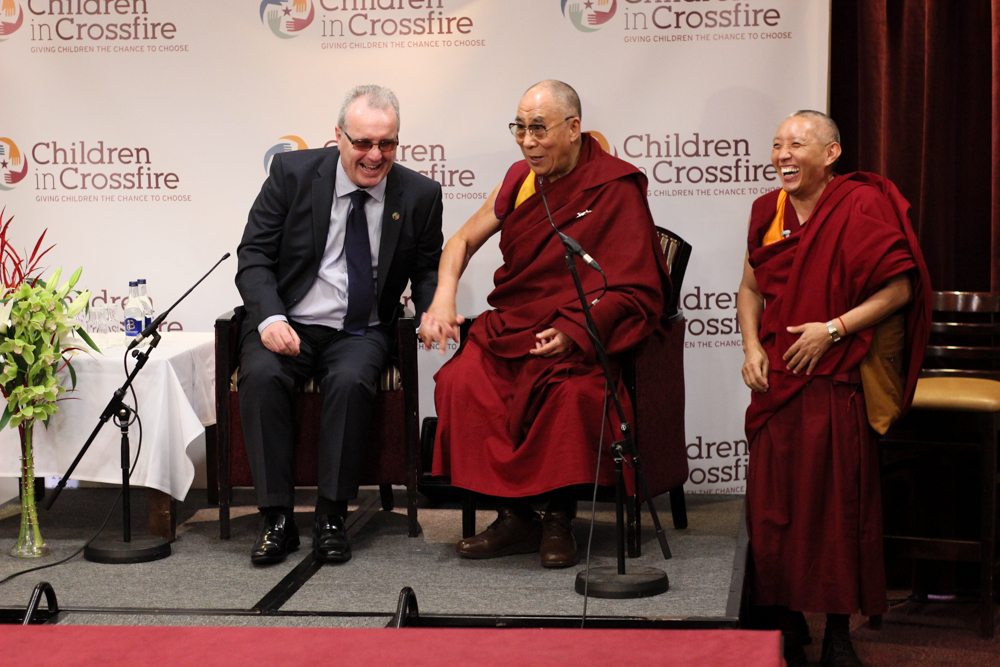 Visiting Derry (City of Culture 2013) for the Children in Crisis / Culture of Compassion event, HH Dalai Lama brought with him a message of peace, compassion, openness and hope for the future based on the children of today. 300 of which joined him in his walk across the Peace Bridge, where he was met by 3 other award winning children of the future. Amazingly, the sun shined brightly for the duration of his walk across the bridge, only for the heavens to open when he reached the other side (symbolic?). 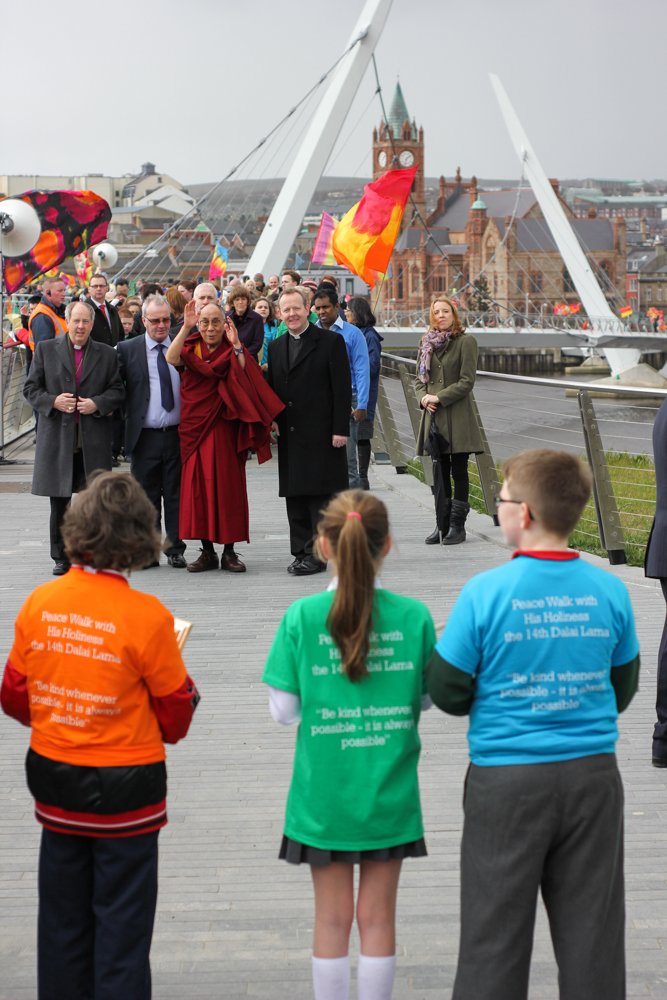 “The future depends on the younger generation. You need to work hard and think wisely.” ~ HH Dalai Lama 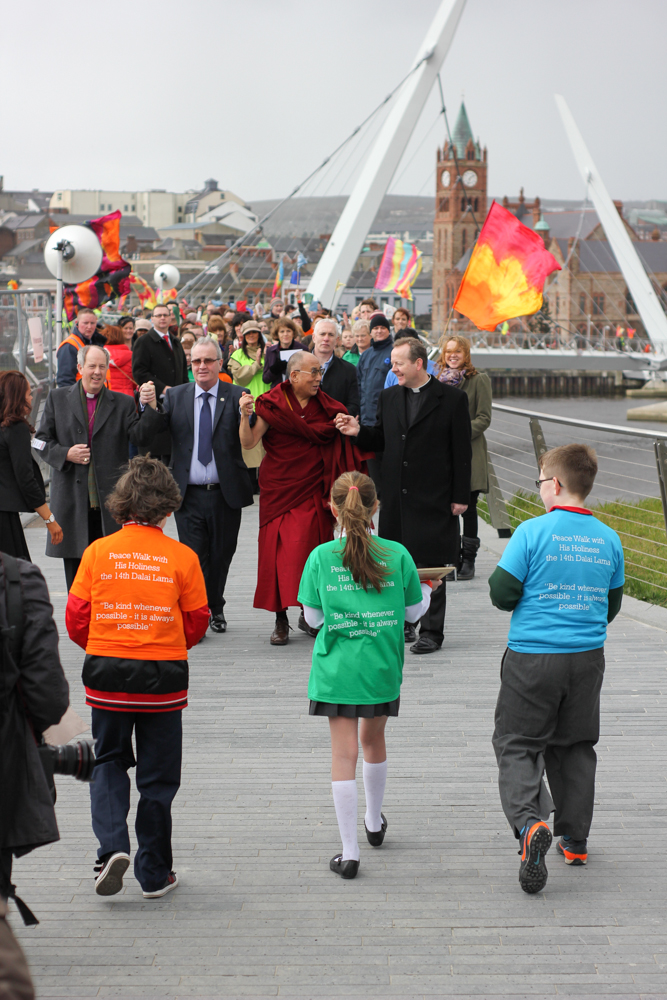 In The Venue 2013, around 1,000 people gathered to hear HH’s message, with awards being given to shining lights in Derry’s community, and special musical guests such as Christy Moore, who received an honorary sash and blessing from HH Dalai Lama. 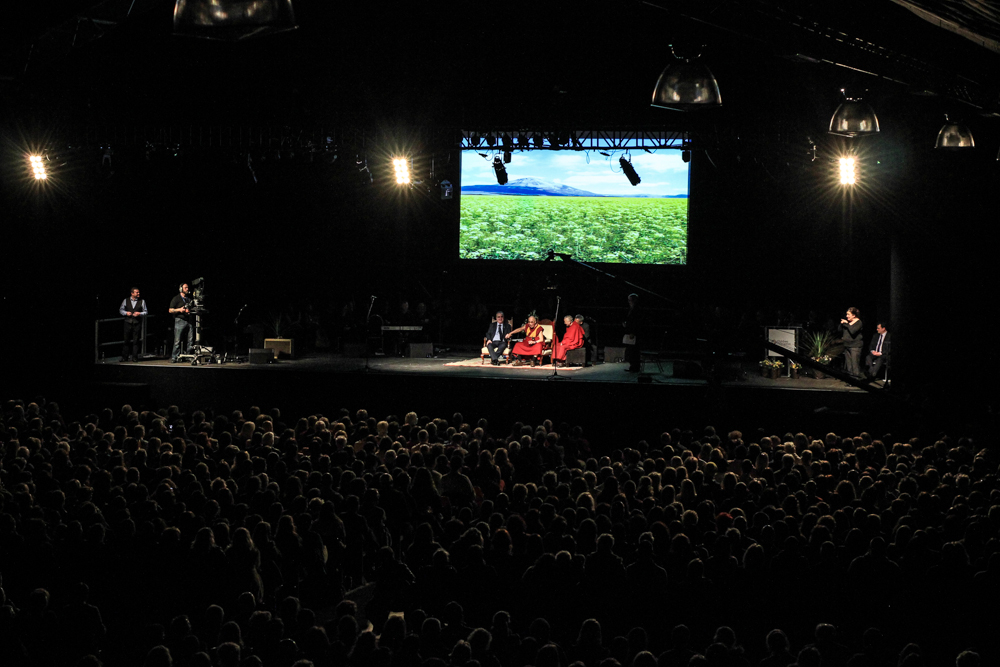 “Firstly, I think and talk as a human, then as a Buddhist, then from Tibet. Chinese are also human.” ~ HH Dalai Lama 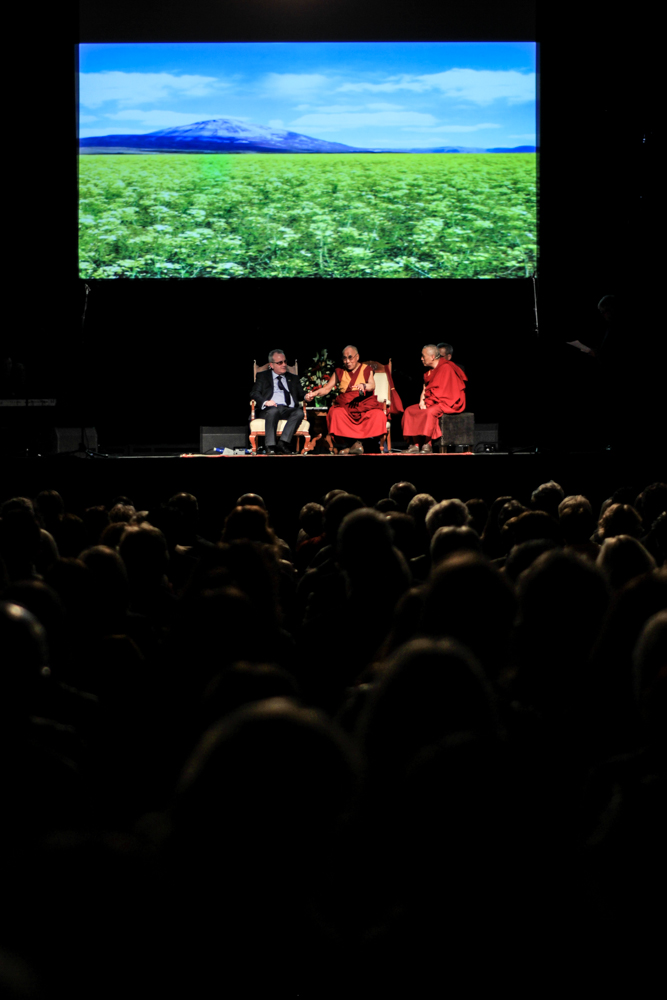 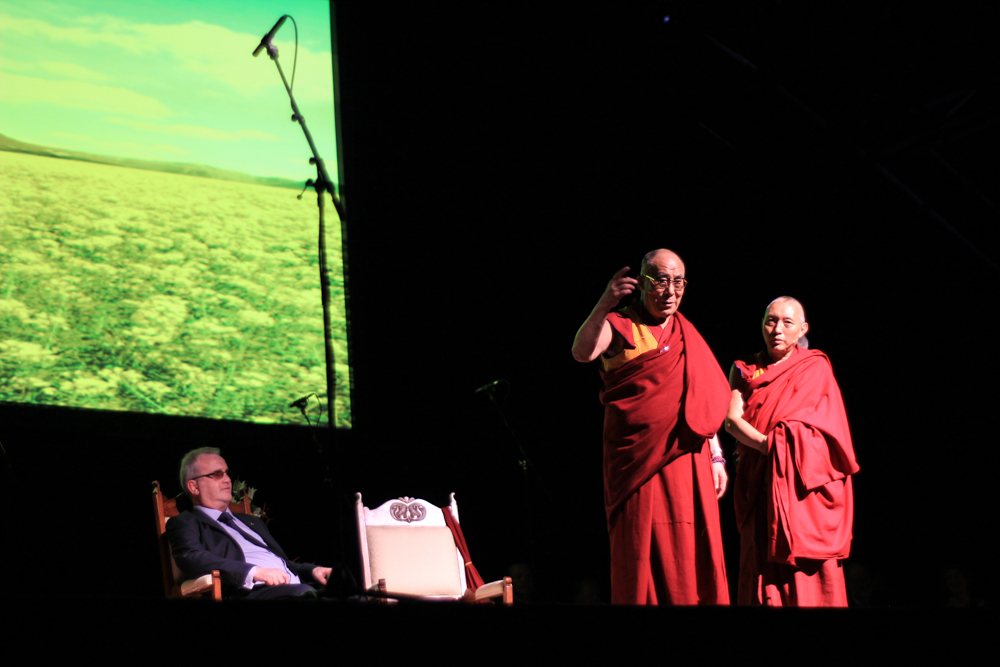 “Receiving maximum affection from your mother makes you much happier and healthier inside.” ~ HH Dalai Lama 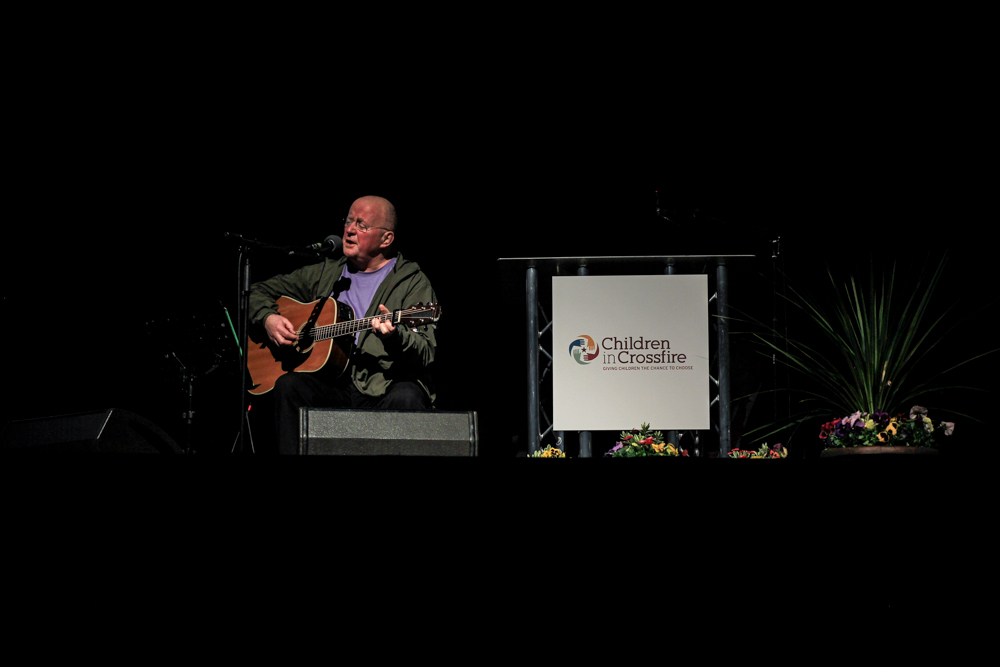 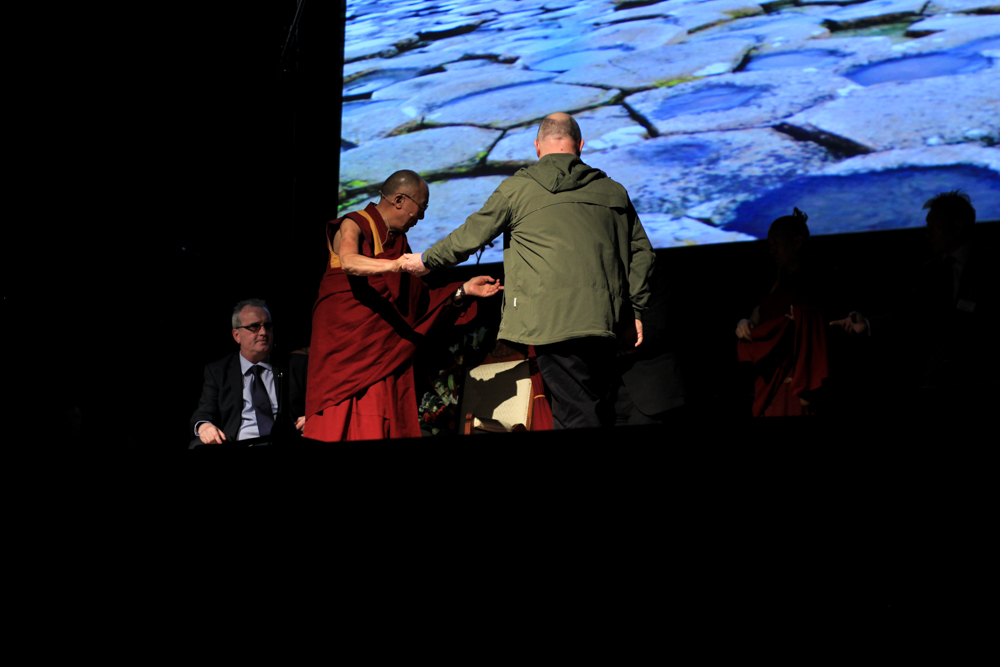 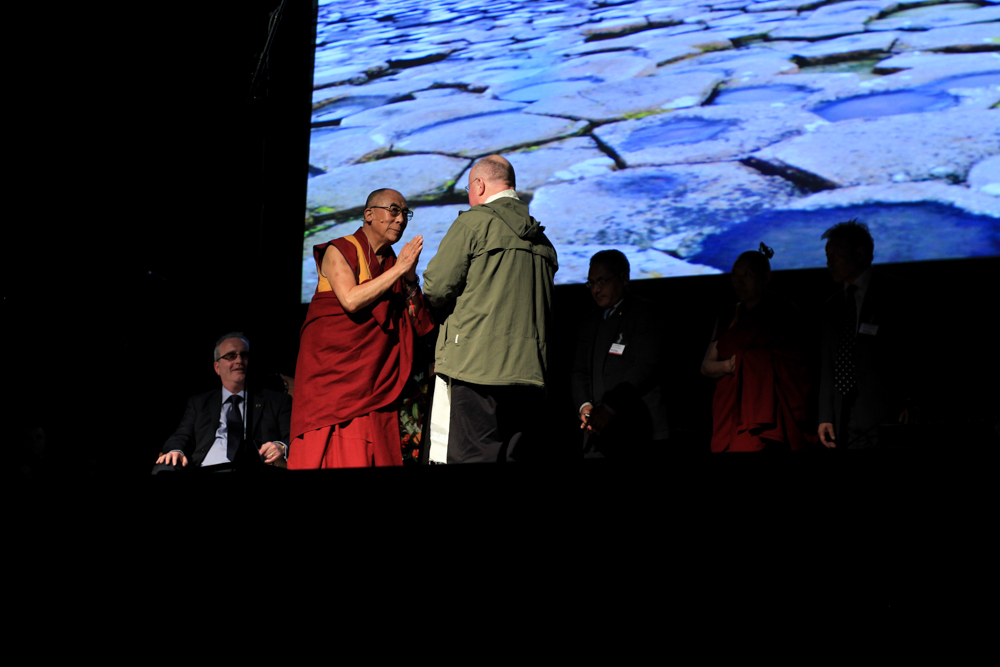 “Realise the physical benefit of compassion. It is better for your health. Compassion comes from an openness to others.” ~ HH Dalai Lama 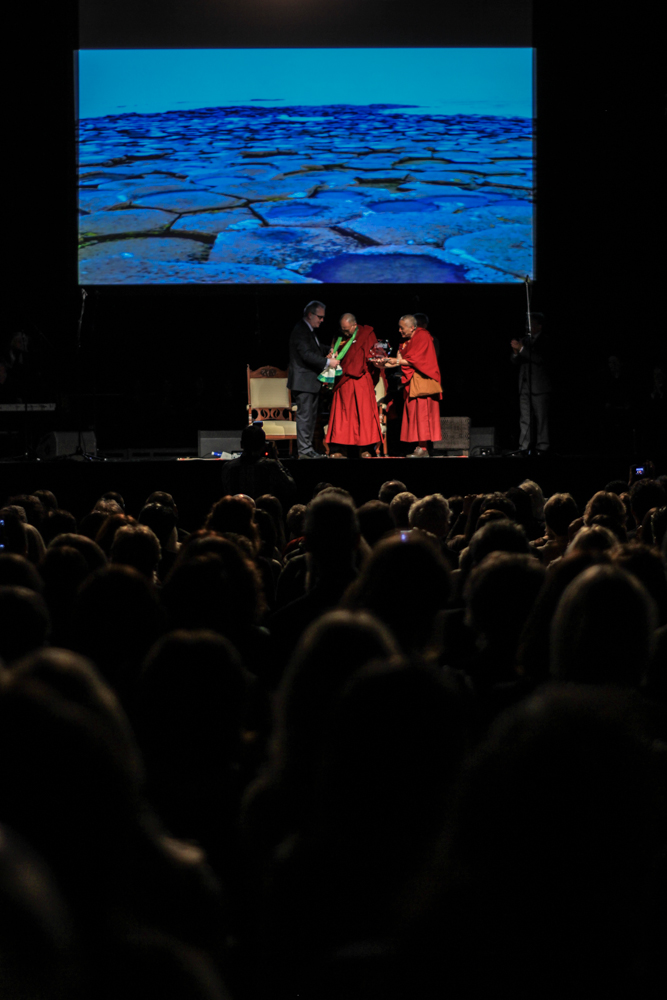 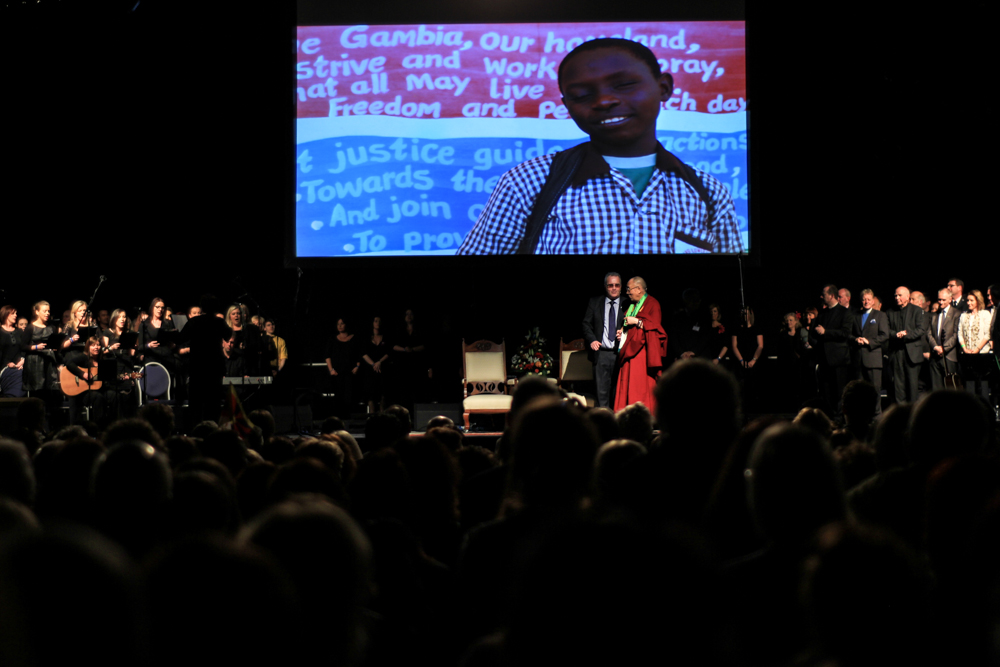 “A culture of peace comes through compassion. Non-violence is the only way. Mutual understanding and a mutual outcome. Everybody needs to win.” ~ HH Dalai Lama

The Connections Economy by Kathleen Moore

When panic attacks, fight back with TAT, Sarah...

Healing With Dheai: A Meeting With the Acupuncturist...

Christy Moore meeting the Dalai Lama. What an occasion, would love to have been there.