Street Feast is a day of local lunches across Ireland on 14th June, hosted by you and your neighbours. They can be anywhere, that choice is up to you to see what works best for your area but they could be out on the street, in a local park or in your front garden. 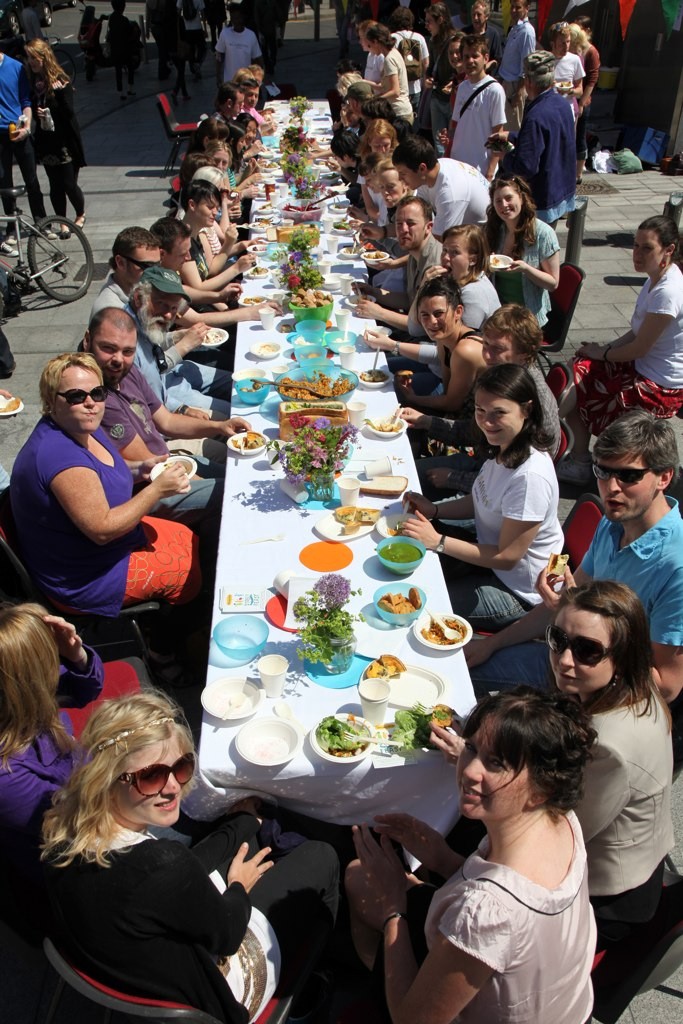 Street Feast has been running across the country for five years now and it’s a great excuse to eat some great food, celebrate your local community and meet new people who live near you. In an age of social media, it’s become really easy to connect with people with similar interests and passions to ourselves and often these online connections translate into real life meetups, events and ultimately friendships. But it might be less easy to knock in to your next door neighbour and ask him if he’d like to be Facebook friends.

Hosting a Street Feast party, or attending one that someone else has planned gives you the opportunity to meet the people around you and I think this is so important. I had the joy of living in a small square in Dublin for the last few years and got to know a few of our neighbours. Ann from a few doors down taught me how to prune our rose bush and loaned me the clippers to do it. Joe heard some people trying to break into my car one evening and went out and shooed them away before they’d got it. And when we eventually moved out of our home, we dropped our spare recycling bags in to Walter.

As well as the general niceness and usefulness of knowing the locals, I also felt safer in the house on my own than other places I lived. Despite the car incident, it was generally a safe and lovely area. But it made me very happy to know that if anything happened, there were people only seconds away who I could call into and I hoped they knew that they could do the same.

I’m trying to pluck up the courage to call in to my new neighbours about having a Street Feast here and I hope you get the gumption to do it too.

Check if there’s already one listed for your area >

If not, register to host one here and get a free party pack including a handy guide, invites, posters, bunting, balloons and colourful hats!

Event: ‘Your Soul Knows the Way’ Retreat with Miranda Macpherson

The Beauty of Vulnerability, by Mary Berkery

Christmas Gift Tip: If You Have to Buy...

A World of Your Own