Nirbhaya Means ‘Fearless’, Our Time to Be Warriors

Nirbhaya means fearless. Watching the play last night, and even in every day life thinking about issues related to those dealt with in the show, I often wonder; are us women and girls too strong? The more I learn about the world and the more stories I listen to, the more I see that women are surviving and living as if everything is almost completely normal, no matter what they are going through or have been through. “How can girls and women have survived this and continued to live?”, I think to myself over and over again. Why are we so strong! 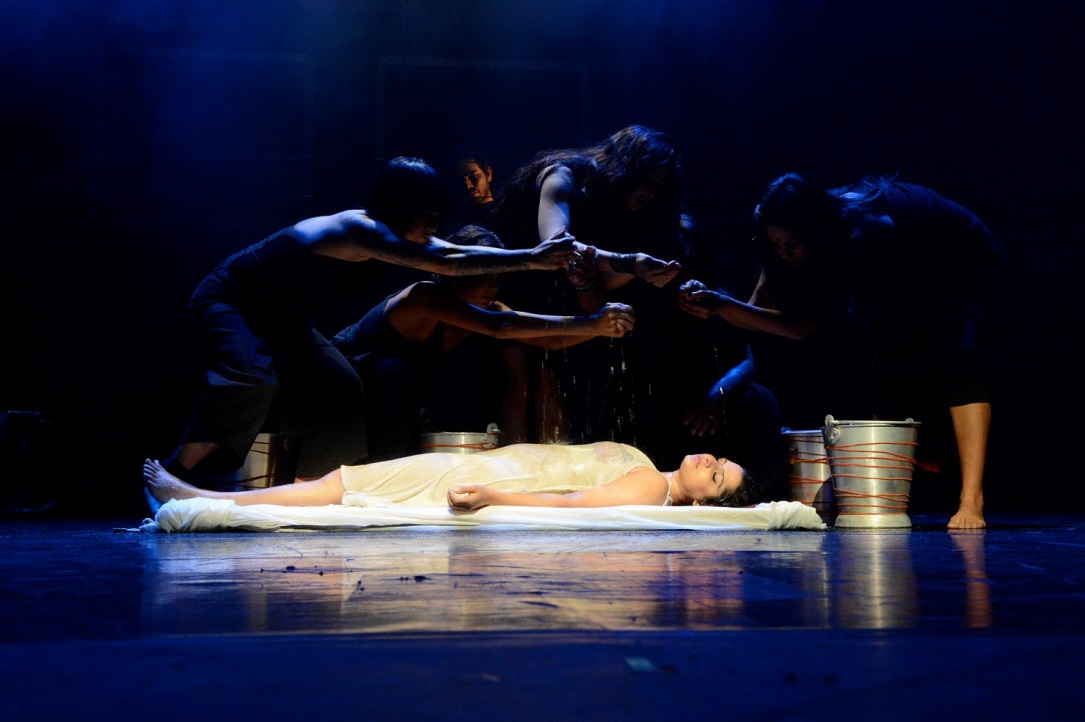 It’s almost a curse that we can keep going through almost anything, and for the most part, we survive for others, not ourselves. I also know how quietly we’ve all been supporting each other through it all. One on one, in whispers, sharing stories from others that comfort us, finding out that we are not alone. We are strong enough to have things done or said or shown to us day in and day out that leave their print on us forever or create an acceptance in us of how we will be treated in the workplace, at home or by men we don’t know on the street. How many times has an incident occurred where it wasn’t reported? And how often do we go so far as to actually protect the perpetrator because we know other things about him? We are so big and so strong and so beautiful and so loving that we see him not just as a criminal, but as a fellow human, even when that was not his attitude towards us. We protect others, quietly.

But Nirbhaya asks us not to be quiet anymore. Nirbhaya says, we are at a tipping point, and we need to be warriors, for a little while. Every so often in history, this happens.

Many moments have arisen throughout the centuries where women became warriors. Loud and roaring, they won battles and in watching Nirbhaya, you get the distinct feeling that it’s time for all of us to embody some of that now. Not in the medieval sense of the past, not with violence, but in attitude. At battle, it doesn’t matter what you look like or what someone thinks of you. What matters is charging forward with courage, bravery, belief and dedication towards a worthy goal. Today the worthy goal is equality. Breaking the silence is part of the battle.

Talking about it all might not be ‘classy’ or ‘sophisticated’ or ‘pretty’, but neither are the situations women have been in, exposed to or heard about. And it’s the idea of breaking that mould of what we think we should look like, say or do, is what I mean when I say we should be warriors. Let the brave ones speak first and let them yap loudly in the office about everything, “Take down that awful poster! This ad is not ok! Oh you did NOT just look at my chest instead of my face! Why is he paid more than me for the same job?!”

It’s all perfectly acceptable to talk about even if these little things are not ‘a big deal’ on their own. Because it’s creating an atmosphere where we say these things. And this lets us begin to say braver things. It can open the dialogue and make it more acceptable to speak up. The woman next to you now knows she has an ally in you. This can give her strength. Perhaps someone you work slowly lets it all sink in and eventually sees it’s ok to not be ok with something that happened and reports her husband/uncle/supervisor for something you may never even know about.

But the play. The beautiful, beautiful play. It’s difficult to watch in many parts but the world is more difficult. If you know yourself to be very sensitive and already understand and are touched by issues they take on, speak to someone else who saw it perhaps instead. Let a friend be a filter, that’s ok.

It’s beautifully executed. The set and costumes are perfect. The cast are genuine and sincere. The stories are varied and all too common. In the post show discussion, the audience were asked to raise their hand if they or someone close to them had suffered sexual violence. We were told that approximately the same number of people raised their hands in India.

I wrote recently on my own blog about how I think there’s a significant shift happening in the arts at the moment and Nirbhaya is another fine example of this. Mainstream media has become so fuzzy and so clouded by who’s buying their ads or funding them that it rarely takes its role seriously anymore and I see the arts taking on this role more and more frequently and with poignance, accuracy, pause and grace. It’s essential, but it’s also great to see the arts finding their feet again.

More details about the play >

The Pavilion Theatre, Dun Laoghaire is set to host the powerful play Nirbhaya, written and directed by renowned playwright Yael Farber.  On the night of December 16th 2012, a young woman and her male friend boarded a bus in urban Delhi heading for home. What followed changed the lives of these two people and countless others forever. People poured onto the streets in grief and rage demanding justice. Legally prevented from revealing her real name – the press named her Nirbhaya, meaning ‘Fearless’. Who knows why one woman’s fate touched so many of our lives, but in the wake of her death, many of us began to break the silence and speak.

Internationally acclaimed playwright and director Yael Farber creates a searing new work that cracks open the cone of silence around women whose lives have been shattered by gender-based violence.

With an extraordinary cast and creative team from India, Farber brings us a blistering evocation of that terrible night and the ripples of change it set in motion. Tearing away the shame that keeps the survivors silent NIRBHAYA is a voyage into a tapestry of personal testimonies that speaks for a nation and world no longer able to hold the tides of change at bay.

“One of the most powerful and urgent pieces of human rights theatre ever made.” – The Herald

“Powerful and incredibly moving.” – The Independent

“One of the most powerful pieces of theatre you’ll ever see.”  – The Telegraph