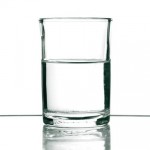 Now is the perfect time to see if we are a glass half-full or a glass half-empty nation?  Can we see the silver lining through the rain clouds?  Certainly in the circles I move in there’s an increase in creativity, sharing and bartering.  You give me a massage and I’ll give you some energy-healing.  I help you set up your Dance Event and you let me attend free of charge.  Any combination of commodities you can think of can work.

Dinner parties are becoming the new eating out.  Someone offers their home as a venue and everyone brings something to eat or drink.  Every time there’s something different and the sense of community grows more and more with each meal.  What a blessing we’ve been given in this ever-changing universe of duality.  Whether or not you can enjoy it depends on what side the duality you’re focused upon.

I know from personal experience that when you’re knocked head over heels by an unexpected turn of events, the first place you can find yourself looking is at the negative, but thankfully I’ve been around the spiral of experience enough times now that I realise that within every upset is a gift worth receiving. So, now, when I find myself thinking, “Here we go again!”, it’s something to look forward to and welcome with open, loving, understanding arms.

And with that in mind, let’s have a look at some of the obviously positive news from around the world… 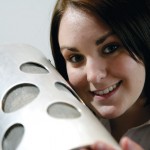 Emily’s One of the Next Big Things

University Student Emily Cummins has been named “Ultimate Save the Planet Pioneer” at the Cosmopolitan Ultimate Women of the Year Awards 2008.

Emily was recognised for her practical eco-friendly, ethical product designs – and it all started with a hammer – a gift from her grandfather when she was just four years old.
Emily used to watch her grandfather while he crafted toys and jewellery boxes out of odds and ends. She was captivated by the notion that she could also create things using simple scrap materials and a few tools. “I loved the fact that we could make stuff out of seemingly random bits,” she remembers. This early interest soon blossomed into a serious ability to solve problems through clever design.

Although Emily was only one of two girls in her wood and metalwork GCSE class, her very first invention earned her a regional “Young Engineer for Britain Award” in 2003 – a water carrier that enables people in the developing world to carry five times more than before. “I wanted it to be simple to manufacture, so that local people could produce it themselves, helping to reduce costs and create new jobs,” Emily explains.

The carrier also won a “Sustainable Design Award”, which motivated her to begin working on her next project – a sustainable fridge. This is now being used by some of the world’s poorest people, who have no mains electricity to store medicines or food. Understandably, the device has earned her a second “Young Engineer for Britain Award”.

Emily deferred her university place to travel to South Africa and Namibia. Emily says. “I was able to devote time to see how people actually live and what it’s like to live without electricity. I saw how resourceful people were and how we should be learning from them, not them learning from us.”

Emily was awarded an Undergraduate Enterprise Scholarship from Leeds University and she is now a business student. Currently serving as an ambassador for the “Make Your Mark” campaign, she is helping other young people make their ideas happen too.

Recently, Emily was recognised as one of the “Future 100 Young Entrepreneurs of the Year”, while The Independent has coined her as “one of the next big things”. 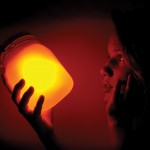 A Little Jar of Sunshine

Jam jars just store plain old jam but Sun Jars collect and contain sunshine. This ingenious and delightful home lighting concept based on a design by Tobias Wong will automatically turn itself on when it gets dark and glow warmly with the days sunshine for about five hours through the night unless you switch it off, that is.

The Sun Jar is also environmentally friendly, safe, wireless, fully portable and water tight, so you can take a jar of sun with you to bed, to your tent or to dinner on the patio. In fact, it can even be left outside in the pouring rain.

Made to look like a traditional bell jar, it will sit on your windowsill, busily storing sunlight all day. Okay, in truth, the jar contains its own solar charging panel, an automatic light-sensitive on and off switch and a low-voltage bulb with a sumptuous orangey glow. The light is diffused by frosted glass, giving the appearance of sunshine radiating from the jar and for those of you who would rather bottle moonlight well, now you can, with a cool blue Moon Jar. 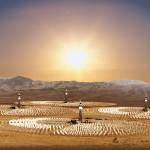 Salt is the Solution

Power towers – water tanks on stilts, surrounded by hundreds of mirrors that tilt on two axes – will follow the sun as it moves across the sky during the day and continue to track it over the course of a year. Beneath each tower will be a large tank, containing tens of thousands of gallons of molten salt.

The salt, which is non-flammable and non-toxic, melts at 220 degrees celsius and can be kept liquid at 290 degrees in an insulated “cold” storage facility. When electricity is needed, the salt is pumped out of the storage tank to the top of the tower, where concentrated sunlight heats it up to 565 degrees celsius. The hot salt then produces superheated steam and is piped into a series of turbines, causing them to spin and make electricity.

The uniqueness of this solar system is that power can be generated even in periods of cloudy weather or at night, by using the stored thermal energy in the hot salt tanks. The containers are well insulated and could store energy for up to a week. The towers will supply 540 megawatts of heat and in turn, produce 250 megawatts of electricity – enough to power a city.

“You take the energy the sun is putting into the earth that day, store it, capture it, put it into the reservoir and use it on demand,” explains Terry Murphy, chief executive of Solar Reserve, who plan to have their first molten salt solar power plant up and running by 2010.

This breakthrough technology comes at a time when governments are actively seeking to promote renewable energy resources on an industrial scale. It will put solar power firmly into the race to become the world’s dominant electricity source. Economically competitive and not reliant on fossil fuels to operate, the process has zero harmful emissions and is oblivious to the increasing price of oil, gas, coal or other dwindling fuels.

We here at Positive Life love hearing about and experiencing all of the wonderful new products and practices, teachings and techniques, events and endeavours that are constantly being created, as well as all the positive Irish news stories, so if you have information that you think we’d appreciate, send us 100 – 200 words and a website address (where applicable) to patrick@positivelife.ie

RUDE HEALTH SHOW at the RDS

Our Summer 2019 Issue Hits the Shelves