Braco is known as the Gazing Guru, renowned for his startling ability to heal and comfort people using nothing but his loving gaze. This April, he will be visiting Dublin for the first time as part of the Health, Wellbeing and Natural Therapies Expo in the RDS, Dublin, on the 28th and 29th of April 2018. You can go to facebook.com/BodyMindSoulEventsIreland to learn more about his appearance at the show. Below, we share an interview that we conducted with a member of Braco’s team ahead of his visit to Ireland. 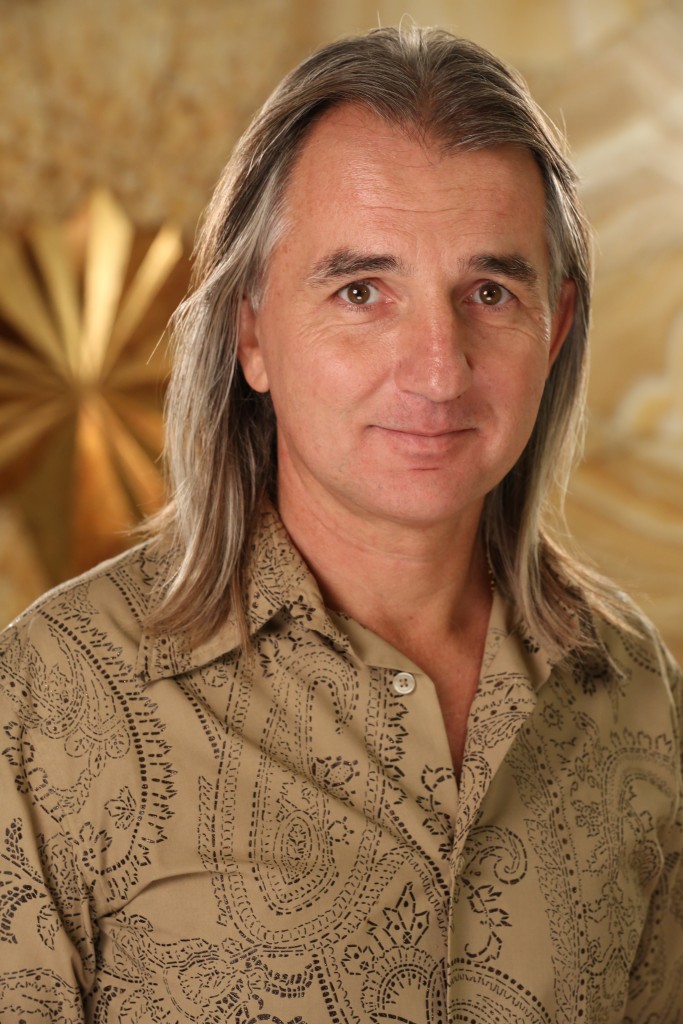 The extraordinary Braco has touched hearts all over the world with his understated, heartfelt approach to assisting people’s spiritual growth. Born in 1967 in Zagreb, Croatia, Braco initially pursued a conventional high-achieving career. However, his life changed forever when he met the great healer Ivica. Their supportive friendship helped Braco to find peace, harmony and a profound sense of purpose. Following Ivica’s death in 1995, Braco began to follow in his footsteps by aiding the people of his community in any way he could.

Braco’s peaceful Gaze and his powerful Voice have since brought comfort and solace to spiritual seekers in Germany, the United States, Mexico and many other countries. He will be visiting Dublin for the first time as part of the Health, Wellbeing and Natural Therapies Expo in the RDS, Dublin, on the 28th and 29th of April 2018.

Braco has not spoken publicly or given interviews since 2004. However, a member of Braco’s team was happy to tell us more about Braco’s work and his hopes for his visit to our shores. Read on for more info…

Is Braco happy to be visiting Ireland for the first time?

Braco is very happy to be visiting Ireland, as he loves the beautiful nature that your country offers. Ireland will be the next country to experience the silent gaze of Braco – this is very exciting for every one of us! Until now, Irish people could see Braco’s gaze online via live streaming, but now he is coming to you in person. I believe that this visit is no coincidence and that it can develop into something very beautiful for all involved. And I hope that your people receive much happiness, joy, peace and lightness through Braco’s gaze.

Braco has visited many countries around the world. What are some oft he most powerful healing moments that had happened during his travels?

For Braco, his mission is gazing and sharing his gift. He visits different countries in Europe, among them Germany, Austria, Switzerland, Hungary, Holland, Finland, Portugal and Denmark. Braco has also gazed in Mexico, Japan, Israel, Australia, Russia, Dominican Republic and in 41 cities of the United States of America. He received a Peace Pole in New York in 2012, where he was introduced as an Ambassador of Peace, and he got the title Ambassador of Peace and Light at the Dominican Republic recently in 2017.

Obviously, people experience a strong sense of peace when meeting Braco, and that is why they come to live and online events regularly. There are more than 100 DVDs with testimonials about the impressive life improvements of visitors of Braco events from all over the world. There are also many videos on our official Youtube channel.

At the upcoming event in Dublin each visitor will receive a free Braco DVD with each ticket, which is itself a powerful way to connect with Braco. The most impressive moments have been when people started to feel happy again after many years, just like a strong man who attended an event and began to cry out of love after 50 years of not having cried. Even celebrities like Naomi Campbell, Matt Bomer and Donna Karan have found a deeper meaning in Braco’s gaze.

What are some of the most commonly reported healing impacts of his Gaze?

Hmm, this is not an easy question. The only thing we can say right away is that the gaze seems to work with people regardless of culture, religion, nationality, lifestyle. It simply does not care about our differences, and reaches us where we are simply humans. The testimonials are very diverse, but numerous people report an improvement in their health, as this is what they can see first. Later, they see that other, more subtle things in their life, such as their family and their environment, somehow have begun to change. Many start to feel continuous peace and become stronger. The strength which people develop after a few years of gazing with Braco can be seen in their eyes at the events. People say they lose their fear more and more with every gazing, and fear is a big problem today, especially in the younger generation. Today, many are searching for happiness and something that will save them. But everyone has to work on oneself. No one can help us if we don’t help ourselves. Braco is here to support our personal journeys.

How does Braco live his daily life these days – for example, what are some of his meditation routines or habits?

People who have been with him for some time are impressed by his naturalness, modesty and inner strength. He lives a normal life as a family man with his wife and a son, enjoys being with friends and loves nature, especially the sea. He gives most of his private time to the people who come in large numbers in many countries of the world to meet with his gaze. He feels this is his life’s task: to share his gift through his gaze. He has no special meditation praxis.

How does Braco hope to continue sharing and expanding his Gift in the future?

In the beginning, Braco used to work with people one-on-one, which included talking to them. Since 2004, he offers help only through the silent gaze. This kind of spontaneous transformation helped him to be there for many people at once. The online live gazing – Braco Live Streaming – is a way of sharing his gift with thousands of people at the same moment. It takes place every month. Who knows what could happen in the future? Maybe a new way of sharing of the gift will arise. Braco has no special philosophy or rules, no dogma. He once said: “Don’t try to be good, simply be good.” Braco goes wherever there are people who wish for his gaze. The scientists who researched Braco’s impact on people even said that the collective consciousness of the people called the experience of gazing to them. Maybe there is something in that. Maybe the wonderful people of Ireland have called for Braco’s visit to happen. Braco once said: “Me, Braco, or rather my power, is here for those who want it and for those who hope to get or to feel, what thousands have already experienced. I am here to embrace you with the same love and warmness, with the same thoughts and wishes, and to ensure that you really get what you came for.“

Further details about Braco’s visit are are available at: facebook.com/BodyMindSoulEventsIreland. To learn more about the mysterious gazing guru, be sure to check out his website, braco.me.

Learn to Manage Your Wellbeing at Work With...

We Recommend: Boost Your Immunity With Karolina Banaszkiewicz