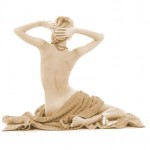 Non-therapeutic maintenance for the spine

Spinology is a fairly new profession, having been founded in 1980 by Dr. Reginald R. Gold from London, England. The profession began in the United States when he noted a complete lack of attention to maintaining the spinal column on a regular basis. His observation also included the fact that very little emphasis was being placed on the function of the nervous system in relation to the spine. This, he thought, was the most valuable information for the general public and nobody was sharing it.

The emphasis in Spinology is not on ‘fixing bad backs’ as that may not be possible with years of damage. The emphasis is to assist the body in proper spinal alignment on a regular basis. It may take a decade or longer for spinal misalignments to cause enough damage to show symptoms. The choice then becomes one of continued neglect or maintenance.

The philosophy of Spinology draws upon a broad variety of philosophical concepts, both classical and modern. Its truth does not belong uniquely to Spinology, for truth cannot become the exclusive property of any group.

The practice of Spinology would appear, on the surface, to bear some resemblance to the healing arts practices of chiropody, osteopathy and others, but such appearance is deceptive. Spinology is neither a therapy nor a healing art. Spinologists are not doctors. They do not diagnose or treat disease, or give advice or referrals about disease.

The philosophy of Spinology recognizes that for human potential to be fully expressed, all aspects of bodily function must interact harmoniously. Such harmonious interaction is dependent upon the nerve system, which integrates and coordinates every expression of life.

The ultimate objective is to restore human beings to a harmonious unity of mind, body and spirit for the fulfilment of their life potential. Only when people are thus restored to harmony within themselves can they express all of their potential and achieve harmony with others for a better world.

When a spinal bone, via some type of force, becomes misaligned, the holes between the vertebrae, where the nerve roots exit, become altered and this affects the delicate nerve root tissue. The body will attempt self-correction using the small muscles that attach to the spine. If successful you resume normal function. If unsuccessful you have what is known as a Spinal Occlusion. The tiny muscles attached to the occlusion will continue in their attempt at correction for years and decades.

A Spinologist is specifically trained to palpate or feel the spinal muscles and detect these muscle fibres that are pulling or working to realign this vertebra. When the spinal occlusion is detected a Spinologist will not be concerned with what specifically caused it, how long it has been present or what type of symptoms it may be causing. The body is failing at an attempt of self-correction and the Spinologist will simply assist by applying the non-manipulative Spinology Technique to encourage improved spinal alignment.

The training is an intense, but fascinating two years part time to complete the academic portion. Graduation sees you as a Certified Spinologist with ties to the head school in Valencia, Spain where Spinology is a recognised manual practice profession as opposed to a therapeutic profession.

The current class consists of builders, electricians, beauty therapists, human resource directors and tilers. There is no previous academic requirement as many people that would be brilliant Spinologists simply weren’t good at classroom work. We use the first three months as the trial period to see if the student can grasp and master the course work. This gives everyone who wishes to be a professional in a specialised field a chance to succeed no matter what past work/school experiences they have had previously.

A Person of Love and Gratitude

The Movement of the Soul

Hi,
Could you please forward me me information on any upcoming spinology courses.