Happiness is a key to a positive life – Part 2 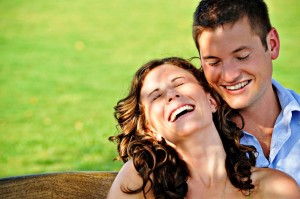 Scientific evidence shows that happy people outperform, outlive and find more meaning in life than their counterparts. In the last article, we taught you 3 exercises to raise your base level of happiness. In this article, we will show you how people can perform better when they are happy.

In one scientific study, two groups of 4 years olds were asked to put shapes together. One group was asked to spend 30 seconds remembering “something that happened that made you feel so happy you just wanted to jump up and down” or “you just wanted to sit and smile”. Happy thoughts given by the children were statements like, “I am so happy for my peanut butter jelly sandwich” or “I am so happy for my dog ‘Woof’”. Then they were told, in a neutral voice, to put the shapes together. A second group of four years olds were just told to put the shapes together in a neutral voice. The “happy memory” kids put the shapes together in an average of 50% faster than the other group (Journal of personality and Social Psychology, 1979). What is fascinating about this is that 4 year olds, who have no prejudice with research, outperformed their counterparts just by thinking of their dog ‘Woof’ or some other random, happy thought. You may think, “Well, yes, but they are 4 year old children”. Well, here is another interesting scientific study:

Two groups of doctors were tested on their ability to make a correct diagnosis of a patient’s condition based on a set of facts and symptoms. The first group was given a half an hour, before the test, to read through journals and textbooks to help them get ready for the test and into a “proper frame of mind”. The other group was given candy (they were not allowed to consume it before the test) and just talked to about non-test related issues. The group of doctors given the candy came to the correct diagnosis on an average of 2 times faster than the group who “studied” before the test. The conclusion of the research indicated that they were twice as fast because they were happy that they received candy, even though they were not allowed to eat it (Medical Decision Making, 1991).

In a senior class college year book in 1960, researchers analysed 141 women for the kind of smile they had. The smile was categorised into one of two groups; a genuine smile and a fake smile. They determined that a genuine smile involves contraction of the muscles that raise the corners of the mouth and causes a crinkle around the eyes (like crow’s feet, and difficult to control voluntarily). A fake smile only had the corners of the mouth raised. All the women but three smiled, and half of the smiles were deemed fake. Looks had nothing to do with it. These women were contacted at 3 different times after the year book picture; when they were approximately 27, 43 and 52 years old. When interviewed they were asked about marriage and life satisfaction. The women categorised with a genuine smile were more likely to be well-wed and more happy than those that had the fake smiles (Journal of Personality and Social Psychology, 2001). Some questioned that maybe the better looking women had the genuine smile. After they went back and analyzed the photos, they determined that looks had nothing to do with marriage and life satisfaction.

In conclusion, happy people out-perform those who are less happy. Happy people also have a better chance at staying married and experiencing overall life satisfaction than less happy people. You can raise your base level of happiness (see Part 1) by focusing on what you are grateful for and by journaling. Our brains are hard wired to be more successful when we are happier.

In the next part, we will show you that happiness (as opposed to genetics) has a lot to do with longevity.

Plant and Thrive: Trees Can Be The Answer

Positive Nights Presents: Screening of The Wisdom of...