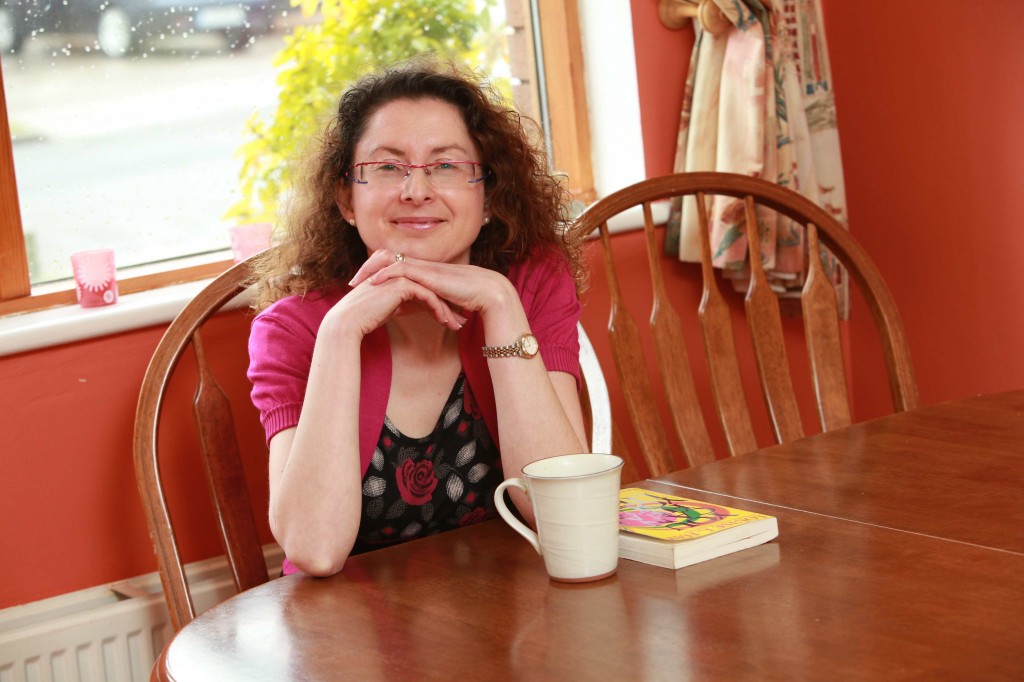 In July 2008, while travelling in Australia, Julie Gorman was diagnosed with Multiple Sclerosis. “To say this was an unexpected event that completely changed my life is an understatement, but it was also one that definitely changed my life for the better. I adopted a healthy lifestyle, and have been receiving continuous chiropractic care, from which I have had remarkable results. I also use visualisations, positive affirmations and NLP techniques to help me lead a happier, healthier life.
This journey has also taken me on a spiritual path. People say that “to get what you want in life you must put the work in.” What I wanted was to be healthy and I put the research and effort in. As a result, I am not taking any medication, and I believe I am healthier now than I ever was. I found the strength within myself to get what I wanted and I want to help people find their strength to reach their goals and live their dreams.
I believe that I am still on a journey, and that is to tell people about my story and help in any way I can. I want to make people become aware that we should question everything and that having a positive attitude and taking positive action can make a positive difference in our lives, whatever our circumstances may be.” Julie is now a qualified Life Coach and also a qualified Heal Your Life Workshop Leader, and is running powerful workshops and courses designed to motivate and inspire people to lead happy, healthy and successful lives.
www.coachme.ie

Biologist Willie Smits has devoted his life to saving the forest habitat of orangutans, the “thinkers of the jungle.” By piecing together a complex ecological puzzle, he has found a way to re-grow clearcut rainforest in Borneo, saving local orangutans and creating a thrilling blueprint for restoring fragile ecosystems.
He works at the complicated intersection of humankind, the animal world and our green planet. In his early work as a forester in Indonesia, he came to a deep understanding of that triple relationship. He believes that to rebuild orangutan populations, we must first rebuild their forest habitat, which means helping local people find options other than the short-term fix of harvesting forests to survive.
His Masarang Foundation raises money and awareness to restore habitat forests around the world, and to empower local people. In 2007, Masarang opened a palm-sugar factory that uses thermal energy to turn sugar palms (fast-growing trees that thrive in degraded soils) into sugar and even ethanol, returning cash and power to the community and, with luck, starting the cycle toward a better future for people, trees and orangs.
“I created the place Samboja Lestari, and the idea was, if I can do this on the worst place that I can think of, where there is really nothing left, no one will have an excuse to say, ‘Yeah, but…’ Everyone should be able to follow this.”
www.masarang.org

A groundbreaking boat design is helping wheelchair users partake in water-based activities. Known as Wheelyboats, the vessels have been launched at fisheries, lochs, reservoirs, estuaries, rivers, canals and all sorts of other venues throughout the UK. Whether for the purpose of competitive angling, hobby fishing, family trips, bird watching or just to experience the tranquillity of being alone on the water, the elderly and less-abled can now join in on equal terms with their more able-bodied counterparts.
Handmade to order, the boats cater for any requirement, as well as being ‘chair operable’ so people can, if they choose, skipper at the helm without assistance. “Once on board, you’ve got access to the entire boat,” said Andy Beadsley of the Wheelyboat Trust, himself a wheelchair user and fly fishing instructor. “It provides less-abled people with a lot of independence for a variety of activities.”
www.wheelyboats.org

Recently, the Central African Republic became the first African nation to ratify the International Labour Organisation (ILO) Convention 169 – the only legally binding international law that recognises indigenous peoples’ land rights. It also protects their right to control their own development and maintain their identities, cultures, languages and religions.
This historic action demonstrates the country’s commitment to its indigenous communities, included in its 4.5 million population, such as Aka Pygmies, who lead a semi-nomadic life in the heart of the tropical rainforests and are inextricably linked to them for their survival. Central African Republic’s ratification brings the total number of countries who have signed up, so far, to 21.
Although Central African Republic is one of the world’s poorest nations, it was declared by The Ecologist in 2001, to be a global leader in sustainable development with a substantial amount of its jungles remaining untouched.
www.ilo.org
www.survival-international.org

A London-based organisation is using people’s memories as building blocks for bringing different generations together through the creative arts. Age Exchange has been working for over 25 years with vulnerable and isolated elderly people to bring value to their memories, creating exhibitions, plays, documentary films, publications and other intergenerational projects.

These workshops make use of older people’s memories with role-play and period artifacts, along with sound and film archive material. A school history lesson, for example, is suddenly made more real and tangible with first hand accounts of the past.

“Reminiscences is the opportunity for people to share life stories and be valued for doing that,” says Malcolm Jones, arts and education officer for Age Exchange. “Intergenerational work is where people want to be at the moment, because there is a feel good factor,” he adds. “They are probably the most marginalised group now in society.”

According to Malcolm, the purpose of this intergenerational work is not only to reach out to older people who are vulnerable but to educate the younger generation about the elderly rather than perpetuate stereotypes. “Media representation of old people is usually negative,” he says, “or it is only when they are doing something eccentric like ’85-year-old grandma does bungey jump’. But it is not representative of the community.”

Age Exchange’s recent theatre project, To Care For, performed at Greenwich Theatre, was an entire play based on real life experiences from Londoners’ memories of family, community and institutionalised care. People shared memories that were poignant and personal, from carers of Alzheimer’s victims, to family members who looked after elderly relatives.

It was a fulfilling experience, reveals Dave Savill, Age Exchange’s director of arts and education: “To see older people getting on a stage, telling a story, acting to people, non-professional actors as they are, and getting them to that level where they could communicate with an audience in a huge theatre, was enormously satisfying.”

Age Exchange continue to bridge the gap between generations, with the very simple tool of reminiscences and their project work is currently travelling internationally, including in Australia, New Zealand, China, Singapore, Malaysia, Japan and parts of Europe.

Happiness is a key to a positive life – Part 3

A Life On The Run

NEW Zoom Event with Geoffrey Hoppe of The...

The Chemistry of Life: Healing With Bio-kinesiology

Is it in our Genes?