Hit the Mute Button on Tinnitus 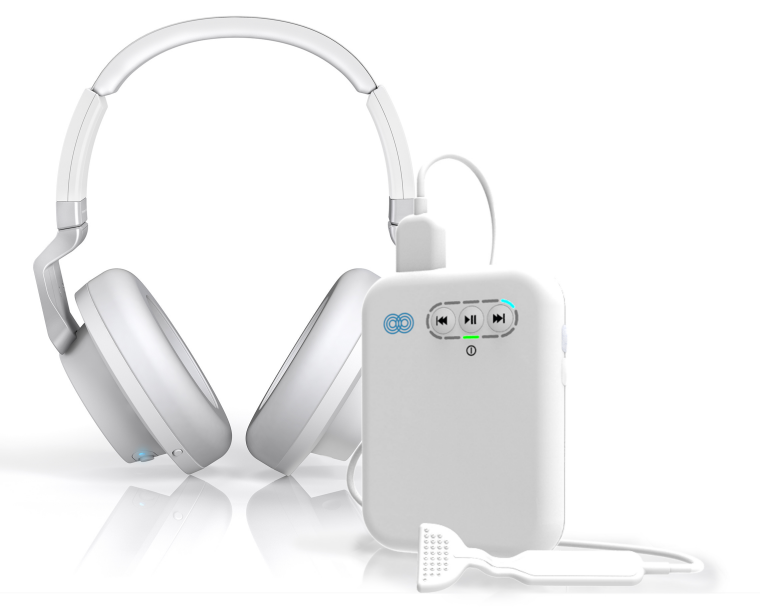 Founded in 2010 by biomedical engineer Dr Ross O’Neill, Neuromod Devices has been recognised for their innovation and excellence, winning the ‘Emerging Company’ award in December at the Irish Medical Devices Excellence Awards. Saturday 31st of January also sees the launch of Tinnitus Awareness Week, instigated by Neuromod Devices and the Irish Tinnitus Association, to educate and inform members of the public and people living with the condition.

Neuromod Device’s product combines synchronous audio and lingual (tongue) stimulation to promote neuroplasticity amongst patients and is designed to give an overall relaxing experience to the patient when used for 30 minutes a day. Since the introduction of mutebutton™ many Irish patients have discovered significant improvements to their quality of life with people involved in trials noting their positive responses, “With the reduction in noise I was more energised throughout the day… that was a massive improvement in my quality of life.”

Clinical Manager at Neuromod Devices, Caroline Hamilton also expressed her excitement about the device, “Many patients are worried that their symptoms will only increase with time. Having worked with Tinnitus patients for over 10 years, I am excited about being able to provide a new standard of care to these patients.”

1 in 10 people live with Tinnitus, with 1% of the population reporting significant issues such as anxiety, sleep deprivation and depression as a result of the condition. Often described as ‘ringing in the ears’, Tinnitus sufferers and physicians alike now have a new compelling form of treatment available following the launch of the mutebutton™ multisensory tinnitus treatment.  One clinical trial patient said “It affected my concentration, my fundamental quality of life and my feeling about life.” It is a non-surgical treatment and has secured a medical device CE Mark, certifying the product safety and efficacy to highest European standards.

An information morning will be held at The Hermitage Medical Clinic, Lucan, Dublin at 10.30am on the 31st January to launch the awareness week. The event is open to the public and speakers include Chief Executive Officer and Founder of Neuromod Devices, Dr. Ross O’Neill, Clinical Director of The Neuromod Clinic, Caroline Hamilton and Jean Scott Chairperson of the Irish Tinnitus Association.

Finding Purpose – A Resolution for Change, By Davie Philip

Who Knew Getting Bitter Would Be Good for...

How To Create A Daily Tantra Practice: Five...

Spring Clean Your Mind: How a Mind Detox...