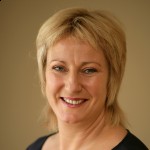 By Seamus Quinn and Kathryn Duffy

In 1995, Kathryn Duffy started up “Inches Slimming Clinic” in Galway, encouraging men in Ireland to do something about excess weight gain. It was a ground breaking evolution in the industry, affording men a comfortable environment to shed their excess weight with masculine dignity.

All was going well, but then she noticed her clients’ weight starting to plateau. Luckily, that was also when a solution accidentally and fortuitously presented itself. Kathryn discovered the NuTron food intolerance test. This test identified foods that the body attacks creating inflammation which in turn results in weight gain and many inflammatory conditions such as Arthritis, Asthma, IBS, Migraine, etc.

The result was fantastic. Trying it herself, she lost weight instantly while eating as much as she wanted of specific foods for her body.  “It was especially great for me because I’m terrible at calorie counting,” admits Kathryn. “I like to eat as much as I like.” Her overall health and energy levels also improved significantly, so she decided to base her clinic around combining this test with electronic muscle stimulation and toning.

Kathryn’s little business was ticking away nicely all that year and was quickly becoming the place for men to visit for help in losing weight. Then, in Dec 1995, disaster seemed to have struck when her clinic disappeared overnight due to a gas explosion.

That did not deter her, in fact the opposite! Within a year and a half, Kathryn had rebuilt her clinic in Galway and opened two more in conjunction with setting up 21 franchisees, and this was all due to word of Mouth.

Five years later, 82,000 clients had successfully gone through the programme. However, Kathryn’s own life had lost its balance and the stress and pressure of running such a large successful company took its toll on her health. On the 25th of May 1999, Kathryn was admitted to hospital with a Pulmonary Embolism (clot in the lung). This was followed six months later by two bleeds in the brain, stroke, brain surgery and losing the use of her right side.

After she was diagnosed, all she could think about was her three small children at home. Who would rear them? Kathryn’s eldest brother had died a few years earlier from a brain haemorrhage so she knew what may be ahead of her. Immediately after that, the priest came to anoint her and it was then that Kathryn felt she was in serious trouble. Her life was hanging in the balance.

A few days prior to that, she was visited by her friend Gerry who brought a Padre Pio relic and blessed her and everyone else in the high intensity ward.

Before the brain surgery took place, her doctor told her husband Paul that she only had a 10% chance of survival. He also said that if Kathryn did survive, she would be in rehabilitation afterwards learning how to walk, talk and basically do everything again.

She has no doubt that Padre Pio intervened, because she was at home eight days later, walking, talking and ringing in the millennium surrounded by her precious family. She also believes that it happened for a reason and that everyone needs a little shake up now and again to help us appreciate what is here in front of us – a wonderful life. Kathryn learned to make the most of every day since.

For the following three years Kathryn recuperated and learned a very valuable lesson, that “your health is your wealth”. Since then Kathryn has taken control and responsibility of her own and her family’s health. She feels that you and only you are responsible for your health. Not your doctor or consultant; you!

Over a period of six years she has created her own wellness home in Galway. She says, “In it we breathe mountain fresh air, bathe and drink clean living spring well water, and sleep in beds that gently detoxify, heal and rejuvenate our bodies.”

In February this year, Kathryn received a phone call from her good friend Fionnuala, enquiring as to where the NuTron diet was now because two of her friends wanted to do it. This rekindled Kathryn’s love for NuTron and with a lot of help from Fionnuala, Kathryn restarted her old business and renamed it NuTron Advanced.

Kathryn’s vision for the future is that because of the positive results of both old and new clients through the NuTron Advanced program, lots more people will learn how to take responsibility for their health and wellness and enjoy the natural energy and wellbeing that we were designed for.

Healthy Eating and Making Friends with the Right Foods

Relationships – Where do WE begin?