What is Neo-Tantra? Complementary Aspects of the Old & New

We wanted to share this enlightening article by Dawn Cartwright, which appears in our Spring 2018 issue. Here, she discusses how the traditional and contemporary forms of Tantra can be harmoniously blended together to work towards healing and empowerment. She says, “Neo-Tantra weaves threads between the the sexual and the spiritual, the human and the divine, demonstrating, in very beautiful ways, that each exists in the other.” Read on to learn more! Dawn’s website is dawncartwright.com. 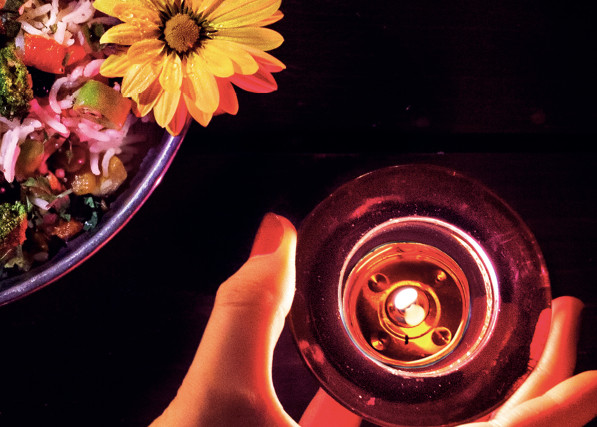 What is Neo-Tantra? Complementary Aspects of the Old & New

“The Munis, girdled with the wind, wear garments soiled of yellow hue.

They, following the wind’s swift course, go where the Gods have gone before.”

Some of the earliest written evidence of Tantra appears in the RigVeda, the oldest of the Vedic Texts, dated roughly between 1100 and 500 B.C.E. The Ke?in Hymn, 10.136 of the Rigveda, describes dust-clad munis who cavorted with the wind. The muni, know for their pursuit of ecstasy, engaged in practices far outside the Brahmanical norm; defining evidence of an early Tantra tradition.

Tantra is a vast and controversial subject – to define it is a challenging task. Many elements of Tantra are also found in other Hindu and Vedic paths. Yet when we take the view that ecstasy creates the cosmos, Tantra is a path rich with possibility.

The origins of Tantra date back to the Upper Paleolithic Period, nearly 28,000 years ago. It is rooted in reverence for the microcosm-macrocosm view of fertility and the birth of the universe. The earliest traditions, much like the muni, were closely connected to nature. The Tantra sutras, revealing the secrets of existence, were songs sung by the wind, trees, rivers, oceans and mountains. These songs were translated by great mystics into Mantras, Yantras and Tantras.

The tradition we are most familiar with today is Neo-Tantra, the “new” or “revived” version of Tantra. Neo-Tantra is known for its embrace of sexuality: a perceptive that has drawn a great deal of controversy and skepticism. The Christian repressive attitudes prevalent even in India have enforced a separation between the spiritual and physical. Neo-Tantra weaves threads between the the sexual and the spiritual, the human and the divine, demonstrating, in very beautiful ways, that each exists in the other.

“The Tantras most often tend to prefer more esoteric subjects: speculations on the nature of the Absolute, cosmogony, the creative nature of sound and word, micro-macrocosmic equivalence, the powers of speech, communication and handling of mantras, symbolic interpretations of words and names, construction of and initiation into mandalas and worship of deities therein.”

To explore Tantra is to experience a mystery that constantly unfolds without end. To understand Neo-Tantra and the ways this new tradition is complimentary to the classical traditions, it’s helpful to understand three perspectives: the scholarly, the classical and the new.

The Scholar To the Tantra scholar, the Tantras are commentaries on the original Tantra sutras, and are often found to be more in-depth and more coherent than the original sutras themselves. The Tantras reveal an esoteric world known only to Tantra adepts.

The Mystic To the practitioner of the classical form, Tantra is one aspect of Mantra, Yantra, Tantra. Mantra is sacred sound. Yantra is sacred geometry. Tantra refers to the methods used to merge the practitioner with Mantra and Yantra. Initiation through a guru is a key element of the classical path. It is said the power contained in Mantra, Yantra and Tantra comes to life when received through guru initiation.

The Lover To the Neo-Tantra practitioner, Tantra is the weaving together of sexuality and spirituality. The quest is to experience the beloved as divine. Neo-Tantra includes classical Tantra themes and practices, woven together with modern-day sexology, humanistic psychology and bio-energetics.

Mantra: Dedication Teaches the modern-day lover the value of sustained attention and the benefits of commitment.

Tantra/Puja: Devotion Reveals the transcendent quality of giving and receiving. Seeing the divine in everything. Merging with the divine in the beloved.

Sexuality: Confidence Increases tapas, the fire of transformation, grounding the classical practices in the human body.

The wisdom of Tantra in its classical form offers important structure and guidance to the Neo-Tantra practitioner. Neo-Tantra practices bring new vitality to a mystical path rich with tradition. The two go hand in hand, following the wind’s swift course toward ecstasy.

Dawn Cartwright is a Tantric visionary, sacred writer, world traveler, and innovator in bio-energetic Tantra fusion. To learn more about her work, go to: www.dawncartwright.com.

Essential Healing: Flower into Your Full Potential With Ian White