Healthy Eating and Making Friends with the Right Foods 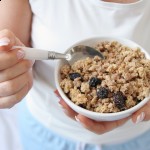 When you think about what you can achieve with your life and what would really make a positive difference to you, there are some simple ways in which you can feel empowered while making those changes. One way that has been proven to make a difference to those who need a boost is to take a fresh look at managing your diet based on the results of a food intolerance test. Removal of culprit foods identified by food intolerance testing has been proven to bring back the sparkle to the lives of many, whether you feel a little out of sorts or have more severe symptoms such as irritable bowel, migraine or fatigue.

For example, treatment for Irritable Bowel Syndrome (IBS) focuses on changes in diet and lifestyle, avoiding foods that trigger symptoms, and managing stress. Individuals with IBS need to feel actively involved in their treatment; taking control and feeling empowered are really vital as IBS can seem like such an unpredictable condition. Some foods will nearly always cause symptoms while others don’t, and it can be frustrating trying to pin down what you can and can’t eat without suffering an attack. There sometimes seems to be no logic to it; far away from feeling empowered and in control.

With conditions such as IBS there really is growing evidence that what goes into the mouth produces a reaction in the body, and that food is a really important factor. The problem with attempting any dietary modification is that first you need to know what to change. Currently the best accepted method for confirming food sensitivities is by elimination diet. This involves eating a restricted diet for several weeks. If there is no improvement during this time, it is assumed that the food type that has been restricted is not causing the symptoms, and the process is repeated with another food type. This method is time consuming, and because it would be near impossible to test all the different combinations of food types that may be causing the problems, it is not a wholly effective process.  Another option is to use a ‘few foods’ diet whereby only limited foods are given, for example rice, lettuce, turkey, pears and multivitamins, and while this approach can achieve good results it is not considered practical and certainly isn’t advisable long-term.

The fact is that every individual person is unique with a different biochemical make-up, even to others with similar conditions. Eggs, strawberries and lentils may contribute to John’s irritable bowel but they will be fine for George to eat even though he regularly suffers from bloating and diarrhoea.

In terms of the evidence for food intolerance testing, and the benefits, there are a wide range of tests available which claim to identify the foods that may be causing problems. One of the most scientific approaches to food intolerance testing that is available is a blood test that measures food-specific IgG antibodies. Antibodies are substances produced naturally by the body to identify and neutralise foreign objects such as bacteria and viruses. Antibodies to foods are found in the body when the immune system has identified a particular food type as being foreign. Measurement of IgG antibodies to foods in blood shows that the body is ‘fighting’ that particular food; antibodies that are raised to fight the foods that we eat can also act directly against organs in the body causing the symptoms of inflammation seen with IBS. It has been shown that removal of foods from the diet that the body is reacting to in this way can reduce ill health symptoms.

There is only one food-specific IgG test available, the YorkTest foodSCAN that has significant clinical data to support its use. YorkTest has 25 years of experience in the food intolerance testing market and has widely published test data to show that, in those with chronic symptoms such as IBS, over 3 out of 4 will show significant benefit if they remove those foods that have shown a reaction in the foodSCAN test. The test was also used in the only IBS randomised controlled trial of its kind, showing a significant reduction in stomach distension, bowel dysfunction and also a reduction in factors such as pain and fatigue and an increase in general well-being. The fact that people see a return of symptoms on reintroduction of the foods identified by the food-specific IgG test supports the fact that this is an active and specific approach.

Many people with IBS are looking to take control of their symptoms using a proven, positive and active approach. Now, it emerges, there is a simple dietary solution that offers real hope after all.

Amanda Collins Feng Shui for the Heart of...

The Powers of Raw Food

Tried & Tested Super-Breakfast – Wake up and...

Get Cultured with Fermented Foods, By Nicky Halliday