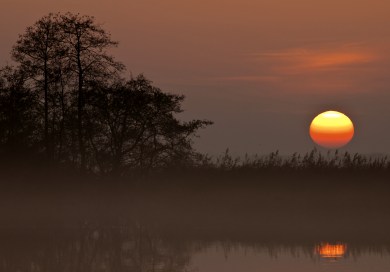 Despite desperate attempts to cling to the “way it was” or to pine for a Golden Age lost, it is ultimately an illusion to think that everything can remain the same. The simple fact is that our lives are in perpetual motion as we seek to grow, learn, experience, love and search for a way of being that reflects our life purpose during our time on Earth. Contrary to what you have been led to believe, no day or week is ever the same. It is true that we can recognise a simple “sameness” in each unit of time, but you are not in some sort of perpetual Groundhog Day scenario, ever choosing to live out the same day, again and again. Anyone who lives from the perspective of making consciously informed choices will know that any decision contains myriad possibilities that can create multiple outcomes. Those decisions are made within time and are, therefore, unique, since the mood of time changes with the constantly fluid motion of the planets and the wider universe.

Consider the following – we are not living on a static, inanimate rock, three away from the Sun. We are actually hurtling around our life giver at a speed of 1797 kilometres a second, taking a full year to make one rotation of the Sun. The Sun itself is also not statically fixed in space, as it is, in turn, rotating around the Galactic Centre at a speed of 13035 kilometres a second. Whilst the Sun appears (from Earth) to march along the zodiacal band on an ever repeating annual basis, the background of the fixed stars incrementally shifts as we move through space. Each of the planets within our solar system is also in perpetual motion around the Sun, so the archetypal climate for each ‘sign’ actually changes on a minute to minute basis. In fact, we will not pass through the same region of the universe again for another 250 million years, which means that no day/season/year has ever the same stellar environment.

The uniqueness of the quality of time is central to astrology, as every second is imbued with a spectrum of archetypal potential waiting to be honed, conditioned and manifested by you. Since we live in an endlessly moving universe, no one moment is ever the same; therefore, everyone is truly unique. It is impossible to account, in general terms, for the multiple ways that your emergence process can manifest. With this in mind, these astrology articles are about indicating the general zeitgeist that exists each season, waiting to be infused into your very being as you seek to enlighten.

Whilst no moment will ever repeat itself identically, planetary cycles also contain a certain archetypal sameness, in the way that each year has a seasonal similarity. The value in looking to the past to understand how we, both as a collective and as individuals, responded to specific planetary cycles can give massive insights into how you resonate under certain underlying planetary stimuli, and can prepare you more consciously for the time ahead.

The stellar conditions this coming autumn (peaking on September 19th) reflect the ongoing deconstruction of Keynesian economics, social revolt (prevalent outside of Ireland), the deep questioning of the banking, political and corporate systems, and the accelerated sense of spiritual awakening. Those conditions were also extant during the swinging 60s; the rise of fascism and the start of our current global economic policies in the 30s; and the revolutions of the 1840s and 1790s. As Pluto and Uranus square off with each other, we are not only living through a very profound shift in our cultural values, we are experiencing an urgent and intense spiritual awakening as we are being challenged to bring into being new conditions of living. We are literally living through history as we draw to the close of the Mayan 4th Age and the dawning of the 5th Age.

From October 5th, we, as a collective, have the opportunity to either drown in a rising wave of strongly charged emotions or to see a cosmic lifejacket floating within arms-reach as the collective mood shifts, allowing us to witness the power of deeply charged emotions. It is the quality of our choices that always define our actions, and there is nothing more powerful than a consciously informed choice. Since we live within an endlessly changing field of planetary archetypal possibilities, awareness of the implications of the full spectrum of potentiality within a given period of time enables you to become more receptive to the opportunities for conscious growth. Whether you will seize the moment or not is entirely down to your choice!

The shadow side of the October Ingress could feel like a stagnant, decaying pool of water. Deeply rooted emotional bias and a sense of righteousness could prompt our collective psyche to justify a reason to defend ourselves and to attack those around us who threaten us. However, the more conscious integration of this Ingress is one wherein decisions are made that are inclusive of penetrating emotional maturity; of really being able to structure and direct the depths of our inner feelings and passions towards some constructive goal; and to focus on what truly feels emotionally right.

Please reflect on that implication. Can you think of any time in your life wherein you have hung onto deeply negatively charged emotions like fear, anger, greed, bitterness or resentment? Can you recall how powerful a motivating factor those feelings have been, as they have directed your consciousness towards actions of revenge, getting even, etc. I appreciate that you might not have a good head for remembering dates, so I will refrain from asking you to reflect on what was occurring back between November 29th 1982 and November 17th 1985. Instead, I’ll ask you to review a time frame wherein Saturn was in harmonic resonance with the same region of your life, between July 16th and September 1st 2005, so that you can really feel the implications, positively or otherwise, of the decisions you made then. In what way did time slow for you? What changes did you seek to practically make then? Can you see how those decisions have had a bearing on your life to date?

It is easy to see how history could repeat itself, as this exchange between two planetary patterns has not been seen since 1776-1778 (the time of the American Revolution), but as I’ve clearly highlighted above, not only are we hurtling through a different region of our universe, our consciousness is significantly different to what it was then. So, the question remains as to whether the cosmic weather will be directed in an uplifting or embattled manner on a personal and collective level as we attempt to shape these newly birthed conditions of being. Thanks for reading and enjoy swimming with your lifejacket!

To receive Andrew’s free newsletter or to book a consultation, workshop or class, contact dastroc@iol.ie or 0868823554

Amma – an Exclusive Interview with The Hugging Saint

How to be Happy Nutrition & Brain Chemistry