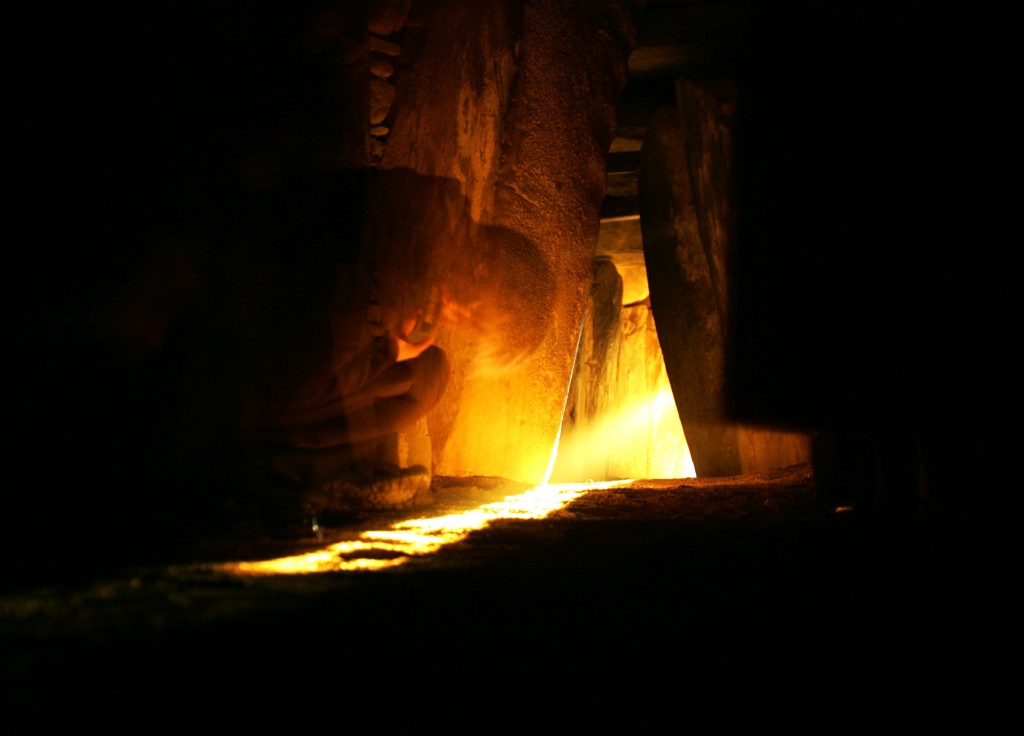 With the final countdown to the Winter Solstice of 2012 now well underway, most of the attention has been on the Mayan Calendar coming to an end. However, this is only one aspect of 2012, and of much greater significance is that the Mayans, along with other ancient traditions such as the Hopi Indians and Egyptians have pinpointed this time as pivotal in our conscious evolution.

The alignments on the 21/12/12 occur at a feature in the Milky Way that Mayans referred to as the “Birth Canal of the Cosmic Mother”. This alignment happens only once every 26,000 years – the winter solstice sun crosses the galactic plane at this point, being ‘reborn’ as a new sun for a new age.

It is interesting to note that our own Irish ancestors used very similar terms to describe what they too observed in the stars above. Strong evidence from the sacred landscape around Newgrange, nestled in the Boyne valley, would suggest that our Irish ancestors were tuning into the same cosmic cycles in the sky as other cultures.

The Boyne River represented the Milky Way to our ancient Irish ancestors, and it was named from this: “Bo-ann” meaning “Milk of the Cow” in old Irish. It runs in front of the Newgrange monument, whose original Irish name is “Bru Na Boinne” meaning “Womb of the White Cow” – a striking resemblance to the “Birth Canal” of the Mayans. Celtic myths and lore associated with Newgrange suggest that it may actually be a physical representation of this “Birth Canal”.

Bru na Boinne itself is well-known as a monument to the winter solstice, which in the Celtic tradition is seen as a time of rebirth, because the days start to get longer again and the dormancy of winter is replaced with the growth of spring. Each year, the Winter Solstice sunrise shines through its roofbox, penetrating its inner chamber and flooding it with light.

So, on this Winter Solstice 2012, the sun will be reborn through the Birth Canal of the Milky Way in the Mayan description, and through the Womb of The Milky Way according to the Irish.

If the  Mayans, Hopi Indians, Egyptians, etc. were able to understand these great galactic cycles  and build their monuments accordingly, then (given the complexity of Bru na Boinne) it would be fair to assume that the ancient ancestors of Ireland were also interpreting the cosmos and building their structures in a similar way.

It is a mystery what they were trying to communicate to future generations through these enduring structures, but as we connect more deeply with our ancestral heritage, we may gradually rediscover more of its secrets.

To honour our own deep Irish tradition and connect in globally with the phenomenon that is 2012, the first National Winter Solstice Festival will be happening at the National Show Centre, beside Dublin airport. In keeping with Celtic tradition, the festival will run through the night of December 20th.

This is possibly going to be the biggest spiritual night of our lives. Countries all over the world will be joining in conscious celebration of the galactic alignment of 2012 – millions of people creating a strong positive global resonance.

The night will be a mix of music and spiritual insights consciously interwoven to bring people on a journey of dance, connection and openness. We will be celebrating with an awareness of the solstice energy of rebirth and positive change within us and for the globe as a whole.

To facilitate a conscious celebration, this event is alcohol-free.

The Organic Centre & The Wonder of Varieties

The Eye – the Window to your Personality

It’s in the Blood: A Powerful Tool for...

We Recommend: NeighbourFood – A Way to Support...

Fastidious answers in return of this question with
firm arguments and describing the whole thing
regarding that.