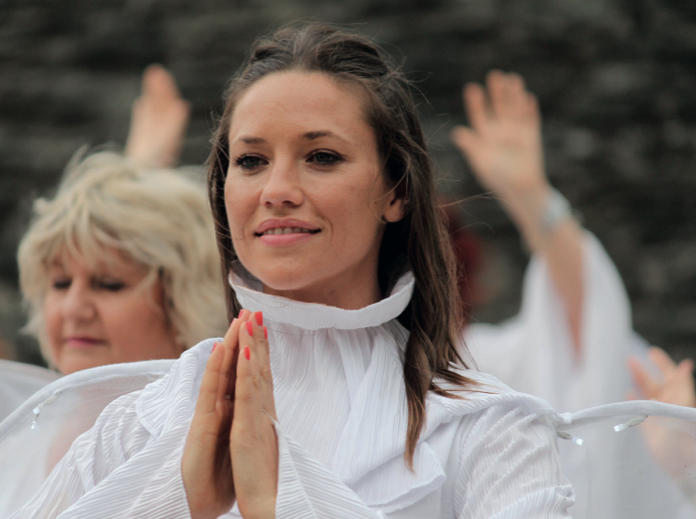 “In small things be great and in great things be humble.”

I had the great joy of speaking with Shakti Durga during her visit to Ireland. Meeting by a fireplace, it was not the fire that warmed the room but her loving presence and gentle words. Before she was a guru, which in India means ‘teacher’, Shakti Durga was working as a barrister.

At 30, she and her husband divorced, something she had never expected. It became a turning point in her path. She attended her first ever meditation and, loving the experience, continued to meditate daily, began personal development programmes, energy healing and studied with gurus in Bali and India.

Today, she is the guru and runs a peace organisation in Sydney called ‘Shanti Mission’. The Peace Angels, who grew out of this, along with Shakti Durga, felt called to visit Ireland and described a powerful experience on the Hill of Tara while here earlier this Winter.

“The energy of the Divine Mother came roaring up through the stone, and shot like lightning into the air. The crowds of tourists literally disappeared and we were suddenly alone on the hilltop, with shimmering energy all around us.”

On speaking about her time here she noted, “If there was a message for the people of this country it would be hope, just have a hope, have faith and hold a vision.” She continued with advice for each individual saying, “It’s about what are you doing with the small things that are going on in your life… in small things be great and in great things be humble.”

Meditation: The Splendour of Surrender, By Sandy C. Newbigging

We Recommend: The Gorgeous Blends of Nik’s Tea