Winter Issue 2016 Maternal Flame: What my Mother Taught Me 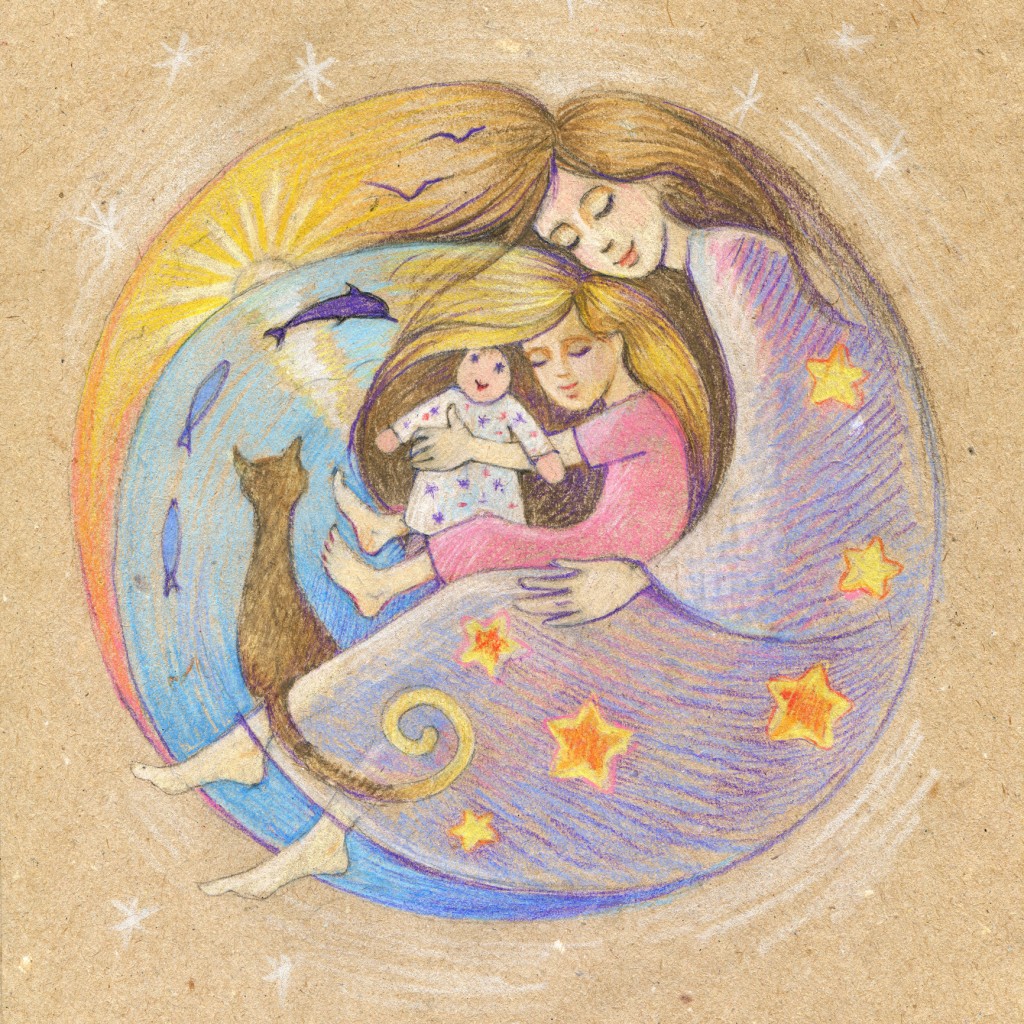 My Mother was born into a family of six children. Her father, my grandfather, was a railroad worker. Her mother, my grandmother, was a devout Southern Baptist woman who devoted herself to raising her children. My mother was the youngest and was, to her parents’ dismay, always launching into cartwheels down the street. She was instilled with strong religious rules of compassion, giving, serving and church.

I knew I wanted to be an actress the first time I saw my mother give a half hour dramatic reading about The Crucifi xion at our church. People from four states came to witness her presentations, and as I looked around the room, grown men and women were crying because she had brought them into her story and moved them to emotion. I sat there, an innocent eight year old, and thought, “I want to do this. I want to move people like my mommy.”

I had already been well groomed for the dream. I was automatically cast in each of my mother’s religious dramas. I started out as the baby Jesus, and ended up as The Virgin Mary. I was also entered into competitions and recitals of dramatic presentations which included performances for the music club and the mayor. One would have thought we were among the aristocracy of Kansas City from the above scenario, but we were quite far from it. Mom married her high school sweetheart. Neither of them would secure a college degree. Neither came from a pedigree family. She was a secretary. He was a salesman. And I am sure my mother never imagined what would befall her as his wife. Not too soon into the marriage, my dad started drinking. Mom would always defer the reason to the war: he worked in the Red Cross on the front lines. She used to say wistfully to me, “He was never the same after he got home.”

She stayed to support him through many trials and tribulations. One adventure after another failed. Businesses were taken away. Ideas were stolen from him. New adventures burned to the ground. During all this time, she had two beautiful children, myself and my older brother, seven years between us. There was no money. Dad was out of work and drinking excessively. Mom laboured tirelessly at the job she took the bus to daily and then had to cook dinner for us all upon arriving home. But still, despite all this, my mom believed in herself enough to create amazing opportunities for her children. She would barter her talents to get me dance lessons. She would borrow a violin so I could learn to play in the music program at school.

She would make friends with a modelling instructor to open up opportunities for me to model and make some money for the family. Despite how my hometown labelled us, my mother would not be defined. She believed in herself and she believed in possibilities. I am sure she is, right now, the patron saint of “Yes you can.” Because of my mom and her enduring belief in my greatness, I was a cheerleader, Homecoming Queen, wrote for the newspaper, a soloist in a dance company, performed across Kansas City, and played a mediocre violin in the high school orchestra. I have no idea how she managed to pay tuition for my college. We never talked about it. It was a given, I was going. Nor do I know how she paid for my wedding. It was a given, I would have one.

When she found out she was expecting my younger brother, they somehow finessed their finances. This too was a given; this challenge would be met. I watched as every hurdle my mother encountered was met with dignity and strength. Yes, that would be the most appropriate word I would assign to her: dignity. Throughout her life, she was a statue of dignity for me, and others, to follow.

Throughout my life, I learned that lesson well from her. I graduated and entered my fi rst year of teaching. I will never forget the pride that glowed from her eyes around that achievement, one she undoubtedly wished she had accomplished for herself. But my heart yearned for something more, something that the call of destiny had to answer. The acting dream that took hold of that eight year old girl watching her mother affect people had to be pursued. I wanted to go to New York. She was afraid for me, as any good mother is for her child launching
off into the unknown. But her fear would not get the best of her. “If you have to go to follow your dream, go. Just always remember who you are and where you came from.” Fat chance I could ever forget that.

So off to New York I went. Three weeks later, after a call lamenting that I didn’t have an agent and no acting jobs yet, I received a card in the mail from mom. It was two vultures sitting on a wire. You opened it up and on the inside it said: “Patience my ass. I want to kill somebody NOW.” Underneath in mom’s recognizable penmanship was written: “Enjoy the journey, D.D., and have patience. God will deliver.” The next week I got that agent and booked my fi rst commercial. I was booked in a huge industrial show as a dancer. I felt out of my league. I was back to that place of feeling less than again.

All these dancers were successful performers on Broadway. I couldn’t remember the routines. I called mom in tears. She listened, as she always did. And then she quietly offered a solution. “What would you do if you had to teach these dances?What if you had to teach them to your students?” she asked me. So wise. So loving. She knew that would put me back into my power so I could believe in myself. This was her continuing gift to me throughout my life. Reminding me how talented and powerful and smart and capable I was. Reminding me to believe in myself. Whenever I hear the songs, “Wind Beneath My Wings,” and “I Hope You Dance,” I send up a prayer and a hello to the mommy that supported me so unconditionally in my life creation. And now, I am passing that baton on to my daughter. Every moment I have with her I strive to encourage her, propel her, remind her and celebrate her in her talent and strength and beauty so she may believe in herself and soar as high into her creativity and happiness as possible.

When she falls, I will be there to lift her up. When she doubts, I will be there to remind her who she is. Because I am my mother’s daughter, and my daughter’s mother. We are connected by a silver thread that pulses through our heart centres and explodes into the world as a force to be reckoned with. We are Maxine and Deanna and Gabrielle. And we are amazing.

Here’s to you, mom. May I always remember.

Dee Wallace has worked as an author, teacher, dancer and actress in film, television and the stage for over 30 years (e.t., Cujo, The Howling). her book, Bright Light, tells that tale and shares the spiritual lessons she has learned from a life of acting.
iamdeewallace.com

Upcoming Workshop: Exploring the Intuitive Self with Paul...

A Sovereign Ireland: Join the Dreaming-into-Being

Opening to the Gifts of Vulnerability: At peace...