Connection and Community West and North of Thailand

In our Spring issue, Sigita Paliukaite provided us with an abbreviated account of her travels through West and North Thailand: detailing the friendships, connections and profound insights she gained while there. Here is the full-length version of her article. 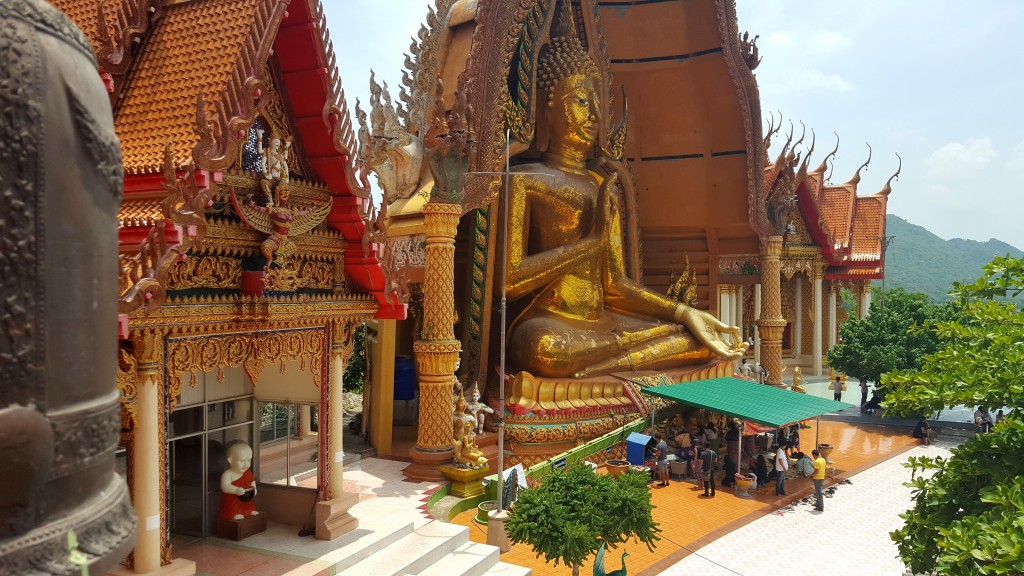 My first extended stop was in historical Ayutthaya. I met an American woman there who said something which clung to the narrative of the rest of my travels in Thailand- “community is important, connection is important.”

Soon after that I arrived in Kanchanaburi. I stayed in a simple raft house on the edge of the town for five days. I travelled around the province and couldn’t help myself but to come back again. I slept there like I’ve never slept in my life! Not only because of gentle rocking of the river but also the healing sensation of the place – one can actually sense the balance of life there. I woke up every morning with this feeling of ease, as if something inside me had been untangled after each night’s sleep.

The husband of the family who own raft house turned out to be my next teacher. He shone with white, bright light at the centre of his being-ness. He spoke to me often; about the importance of balance of the nature, about relinquishing our superiority as a species, about the necessity to respect all forms of life and about the well-being of Earth as one whole organism. Indeed, the creatures of the river there (and by that I mainly mean huge water monitors!) live in complete harmony with humans. I’m convinced to this day that he is some kind of healer or a shaman. My dreams, while staying in the raft house, were so radiant and detailed, almost like visions, and so many times I woke up to the last image of his kind laughing face!

As I travelled farther, in Sangkhlaburi, near the Myanmar border, I met a truly inspiring Burmese woman in whose home I stayed. She taught me about the town’s community. She explained their way of life; how the elders send members of their family with treats like pies and cakes to other elders, how children in school are taught to be conscious of their surroundings and their imprint on the planet, not theoretically but in a practical way, by taking care of the natural world around them and how women of the town look after young single mothers. She spoke of how the doctor goes during weekends to see the poor and the elderly who can’t get to the hospital themselves, how there’s always somebody there to drive her around on the weekends and how the baker next door to her house taught children from underprivileged families, to bake sweets. Those sweets are sold in the market by the children and in this way they avoid falling for the temptation of “easy” money of drug-trafficking. It was a beautiful and exemplary community. Everybody volunteered their skills and time not only for their own town but for the minority villages around as well.

Further North in Sukhotai, I met a French girl, a beautiful soul. We had just a day together as the next morning were both heading the opposite directions. We went out and talked endlessly. Isn’t that what travel teaches you – to love people and then to let them go. It was such a profound teaching; how to live, how to love… See them, love them, and let them go. How challenging it can be to love without the egoistic clinging and possession.

Onwards North I went. How beautiful is Northern Thailand! There I spent my weeks on mountains, in waterfalls, at elephant sanctuaries, jungle trekking and stuffing my belly with delicious foods. That is, until I got it all out of my system and felt the need for some deeper inquiry.

You ask – the universe provides. Suddenly, while I was having breakfast and chatting to a young man about books, in a random change of subject he told me about a monastery high in the mountains where it’s possible to go and stay without prior arrangements. Without knowing too much about the place, but with a very deep feeling of being called there, that’s where my path turned.

On my way to the monastery, I started getting upset, then content, then angry, then happy, then irrational, then reasoning with myself, and then a mixture of all these opposites –  my emotions and mind were running riot. All the ridiculous scenarios of my day, my travels and my life were reeling in my head like a short film! Upon reaching there however, and spending nine days high in the mountains with Buddhist monks, I came to experience a heaven on earth!

I’ll ease myself in by starting with how stunning the place was… mountains surrounded by more mountains and jungle…the air smelling of flowers… ponds with colourful fish, mango and lemon tree gardens abounding. All of the buildings, apart from the sleeping kutis, were in the open air – without walls.

The Monks were filled with so much light, peace and contentment, flowing out of them like rivers, embracing me, caressing me. I have never felt people’s energy so clearly, so vividly. I saw their light, all different colours, by something other than my sight. The abbot, the teacher, the Wiseman, gave daily teachings on the self, truth and freedom, and guided our meditations. Every time I closed my eyes while listening to his teachings, I saw soft purple glow coming towards me, encircling me, spreading inwards, endlessly. He would come to the meditation hall fifteen minutes before every session to get ready for the teachings. So I came as well, just to sit on my own in his presence, feeling grace and humility. After every teaching, I contemplated what he taught us and had a question next day, and every time, every day, before I got my chance to ask the question, he spoke about the topic that had been on my mind.

Then there was the very quiet monk, who guided our walking meditations. There was so much tenderness about him. There also was the serious one (I called him grumpy in my head), then the young monk and finally, the eldest of the monks, who came only for breakfast and lunch. He was a thin man who always sat next to the abbot, giggling under his nose. He had this feeling of weightlessness about him and many of us (as I learned later) were wondering if he was really there at all!

On my third day there I felt my heart open spontaneously. The feeling of love cascaded in and out of me like waterfalls; all was love. I just kept swallowing sobs – how strong and overwhelming it felt. And the cascades of love never faded, nor slowed down, in the presence of the monks.

They’re very easy on you in the monastery and leave it quite flexible as to how deeply you embrace life there. The teacher encouraged us not to take anything in without questioning it, without confirming it within – from any teachers or teachings. You remain in silent meditation for as long as you wish to, or you don’t at all.

I had decided upon six days. I was quite dreading it at the beginning. I wore a badge throughout the Monastery, indicating that I was observing silence. The biggest challenge was that same chatter in my mind that I’d experienced with great intensity on the way to the Monastery – it never ever stopped. Indeed, remaining silent was the most perfect way to see and hear it. The abbot called it monkey mind, but I’m pretty convinced I’ve got the whole zoo in there!

I had been observing the most stunning and odd butterflies in different places around the monastery and when I was leaving, I witnessed a butterfly emerging from its cocoon. It took my breath away! I chose to see it symbolically as I too was emerging from the cocoon of the Monastery walls, perhaps reborn in a way through my inner journey. I had the feeling that something so delicate, so subtle, but yet vital, had changed inside me, with no return. Interestingly, during the next two stops on my journey, I kept meeting people from the monastery. I could easily recognise the presence and energy of those who had been there.

I soon began to experience a travel crisis. I was getting homesick, and knowing that I had no home lost its feeling of liberation and freedom. I turned to my heart to ask what it needed from me at this tender time. All it wanted was self-love. It didn’t come as a big surprise to “hear” that it didn’t care that much about seeing, meeting, doing and experiencing. All my heart wanted was to go deeply inwards and finally find that love and forgiveness.

Yet another cycle had come to a close, making space for a new one to open…

Sneak Peek – Truthseeker: If All We Had Was Fake News

The Cult of Chillies: Growing vegetables that make...

Wonderstruck: Be Amazed By The Stars

Our Autumn Issue Has Landed

Healing, Courage and Honesty: How cancer set me...