Your Character, Your Identity & Your Story, Patrick Bridgeman 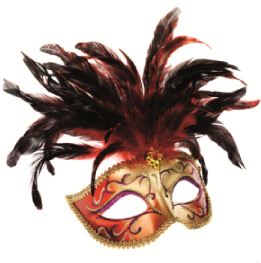 Stories have become such a big part of our lives. People live by them, die for them, and become totally lost in their own and other people’s stories, but they are just stories.

Shortly after writing my last article, ‘A World of Your Own,’ I became disillusioned with the character of Patrick Bridgeman and the story he belonged to. I wanted to distance myself from everyone who ‘knew’ me, to put down the baggage of that identity and to simply exist, unburdened by the past. However, rather than a geographical change, I made a mental one. I chose to stop identifying with the story I had been carrying around my entire life, the story that had become more complex and convoluted with each new experience. I simply laid it down and refused to pick it back up again.

The relief I felt was instant and incredible, but after a while, I began to notice a desire for some sense of identity creeping into my awareness and demanding attention. I knew I didn’t want to strap that old identity back on – as that cumbersome baggage was getting in the way of my moving through new doorways of opportunity and enlightenment – but the question arose, “Who am I if not that character from that story?”

At the time, I happened to be reading ‘Passionate Marriage’ by David Snarch, and was introduced to the concept of Differentiation: where a person retains their sense of identity in situations when the people they care deeply about have opinions that conflict with their own about things that are important to them both. It led me to ask the question, ‘What is important to me in my interactions with the ever-changing moment of life?’ My top answers were: ‘Letting Love flow through me,’ and ‘Freedom of expression.’ These answers gave me a sense of identity that is beyond story, and so, is relevant to every situation imaginable. I have connected with it many times to anchor myself in experiences where I felt ‘all at sea,’ and I highly recommend the process to anyone whose identity is transforming or whose world is turning upside down.

I was so used to getting my sense of identity from the stories I made up about myself, which were heavily influenced by other people’s stories and opinions about me; and I know what it’s like to want to cling to the story because you fear the unknown, but even the most set-in-stone story can come tumbling down in the blink of an eye. This is something I have witnessed and experienced more this year than ever before.

The stories that you write in your mind are the stories that will come into your experience, whether an extension of what has been occurring or a whole new path in life, whether written consciously or unconsciously. The more you understand how in control you are, the less surprised you will be when that which you have been spending the currency of your thoughts on shows up in your experience.

Being grateful for what is, as it is, without a care for the story, will improve the quality of your life dramatically. Although the stories you make up about yourself and others can make you feel better or worse than you already do, they are just stories. Who you really are can be found in the moment, in the space between thoughts.

Inspiration also comes in the space between thoughts, and is in tune with your highest good and the alignment of the universe at that moment. Doubts and fears can cause you to tune out your own inner wisdom and healing energy, but if you practice tuning in – by becoming still and listening with all your senses – you can live a truly inspired life.

Let go of limiting stories and embrace the I’m-possible.