Join legendary mystics Tantra Maat and Anne Tyrrell on their sacred spiritual tour of Ireland, taking place from September the 13th to September the 23rd. Their tour will take them from the North to the West of the country, then the South to the East, before journeying to the centre and ending their journey at Uisneach Hill at 10.00 a.m. on September the 24th. The full explanation of their tour, including further information about locations and times, can be found via this link. 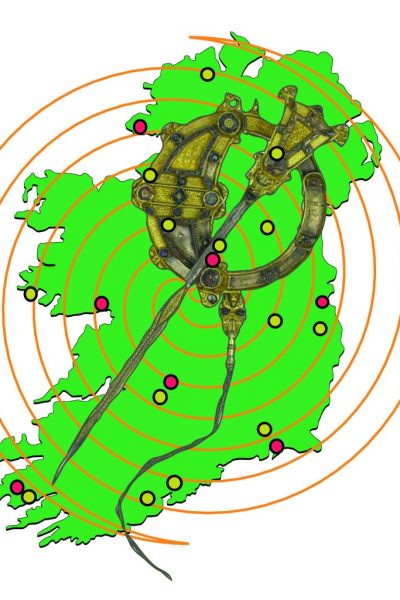 Tantra Maat is a mystic, seer and the author of An Irish Tale of a Modern Mystic and The Language of Creation. Maat was highly intuitive from a young age. Throughout her life, she has accurately predicted the challenges of awakening in humankind. In 2011, she created what she terms ‘a living field of unity within which humankind could get a living experience of the realm of unity.’ She is passionate about assisting the evolutionary process of the Earth, knowing that this is our time to awaken beyond the social, biological and cultural limitations that have been imposed upon us.

Maat says: ‘I give voice to the sacred vision manifesting at this unique point in the evolution of human consciousness. That sacred vision awakens us into embodying our unique and essential design that carries our direct link with Creation. My life’s work is devoted to freeing the human system – mind, body, and spirit – from the illusion of separateness that has manifested realities of separation, and to return the human system to the unified fields of Creation from which the human system was created. This reunification opens human beings into realities of unity that exist in obscurity in realities that separate human beings from themselves, others, life and the greater eternity of which they are a part.’

Maat has a special connection with Ireland, as her spiritual name of Tantra Maat was given to her by none other than Fungi the Dolphin, Dingle Bay’s most well-known resident! She has returned to Ireland many times over the years to access the special energies that this land holds – secrets that we are only just beginning to understand. Maat asks:

Did you make a pact in the distant past to walk again on this sacred land now named Ireland?

Did you promise your clans and allies you would, in future time, rally to move together into the greater whole of that which we are all a part?

Do you hear that you are part of a pilgrimage that has to be honoured in the now?

If so, Tantra Maat and fellow seer Anne Tyrrell invite you to walk with them as they progress on a spiritual tour around Ireland, reconciling the past, present and future, answering an ancient call to meet in this potent time within time. You may be called to one stop, many or all.  Each will have its significance.

At various points, they will stop to rest and to gather as community in unity, “ag cur eolais trí scéalta” -sharing through stories – at “oíche comhluadar” – nights in the company of clann or family – to honour the ancient and the new, the myths and legends, the Gods and Goddesses, the elementals and Shee, the masculine and feminine, the language and the sounds of this deeply mystical land.

The Wisdom of Adya: Opening up and Embracing What is