The Wonder of Lactic Acid Bacteria 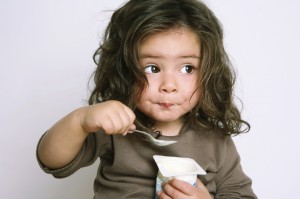 How do Lactic Acid Bacteria work?

Lactic acid bacteria are a group of related bacteria that produce lactic acid as a result of carbohydrate fermentation. These microbes are broadly used in the production of fermented food products such as yogurt, cheeses and sauerkraut. They are used in preserving and producing food and in the food industry for several reasons. Their growth lowers both the carbohydrate content and the pH of the foods that they ferment due to lactic acid production. It is this acidification process which is one of the most desirable side-effects of their growth. The pH may drop to as low as 4.0, low enough to inhibit the growth of most other micro-organisms including the most common human pathogens, thus allowing these foods prolonged shelf life. The acidity also changes the texture of the foods due to precipitation of some proteins, and the biochemical conversions involved in growth enhance the flavour.

One of the most fantastic things to know about Lactic Acid Bacteria is they work entirely without electricity, which is pretty important if you want to preserve food without a fridge or freezer. And this is exactly what they do; they preserve flour (ideally freshly hand-milled flour) in the form of bread, shredded cabbage in the form of sauerkraut and fresh milk in the form of quark, cheese or yoghurt. They feast on sugars (lactose, fructose) and create an acidic environment where harmful pathogenic bacteria like coli, salmonella and listeria cannot survive.

Baking sourdough bread, making Sauerkraut and fermenting milk for all sorts of cheeses has become an intrinsic part of my family’s producing some of our own food. The use of Lactic Acid Bacteria has become part of our daily lives.

Born of both necessity and practicality, lactic acid fermentation proved to be not only an efficient method of preserving food for our ancestors but also a critical one because fermented food like sauerkraut, cheese, wine, soured grain porridge and breads often sustained tribes and villages during harsh winters when fresh food simply wasn’t available, let alone plentiful.

Lactic acid bacteria are a diverse group of organisms with a diverse metabolic capacity. This diversity makes them very adaptable to a range of conditions and is largely responsible for their success in acid food fermentations, e.g. Leuconostoc mesenteroides is a bacterium associated with the sauerkraut and pickle fermentations. It differs from other lactic acid species in that it can tolerate fairly high concentrations of salt and sugar.

Lactic acid fermentation is used in many areas of the world to produce foods that cannot be produced through other methods, e.g. cheeses and yoghurt. Historically, bacteria from the genera Lactobacillus, Leuconostoc, Pediococcus and Streptococcus are the main species involved. Several more have been identified but play a minor role in lactic fermentations.

Fermented food has many health benefits. The fermentation process can transform the flavour of food from the plain and mundane to a mouth watering sourness enriched by colonies of beneficial bacteria and enhanced micronutrients. While fermented food like yogurt and sauerkraut are well-known, virtually every food with a sugar content can benefit from lactic fermentation. My grandmother used to pickle not only cabbage but beetroot, cauliflower and carrots.

In many societies, including our own, where yogurt has been heralded as a health food since the 19th century, fermented food has gained a reputation for its beneficial effects on immunity, intestinal health and general well-being. For example, milk that undergoes lactic acid fermentation conveys more vitamins to the eater in comparison to raw milk and, particularly, pasteurized and ultra-high-temperature (UHT) pasteurized milk.

Fermented dairy products consistently reveal an increased level of folic acid, which is critical to producing healthy babies, as well as B vitamins and riboflavin. Vegetables, fruits, legumes and grains subjected to lactic acid fermentation often see an increase in the activity of vitamin C and vitamin A and, particularly, lysine with its antiviral effects.

Since souring grains reduces the phytic acid content, the lactic acid fermentation process actually enables your body to absorb more minerals from the grain (especially Rye) than you would be able to otherwise absorb.

Take advantage of all the health benefits that lactic acid fermentation offers and incorporate fermented food into your diet.

Best of all, they are free!

The Personal Touch: A Health Shop With Heart