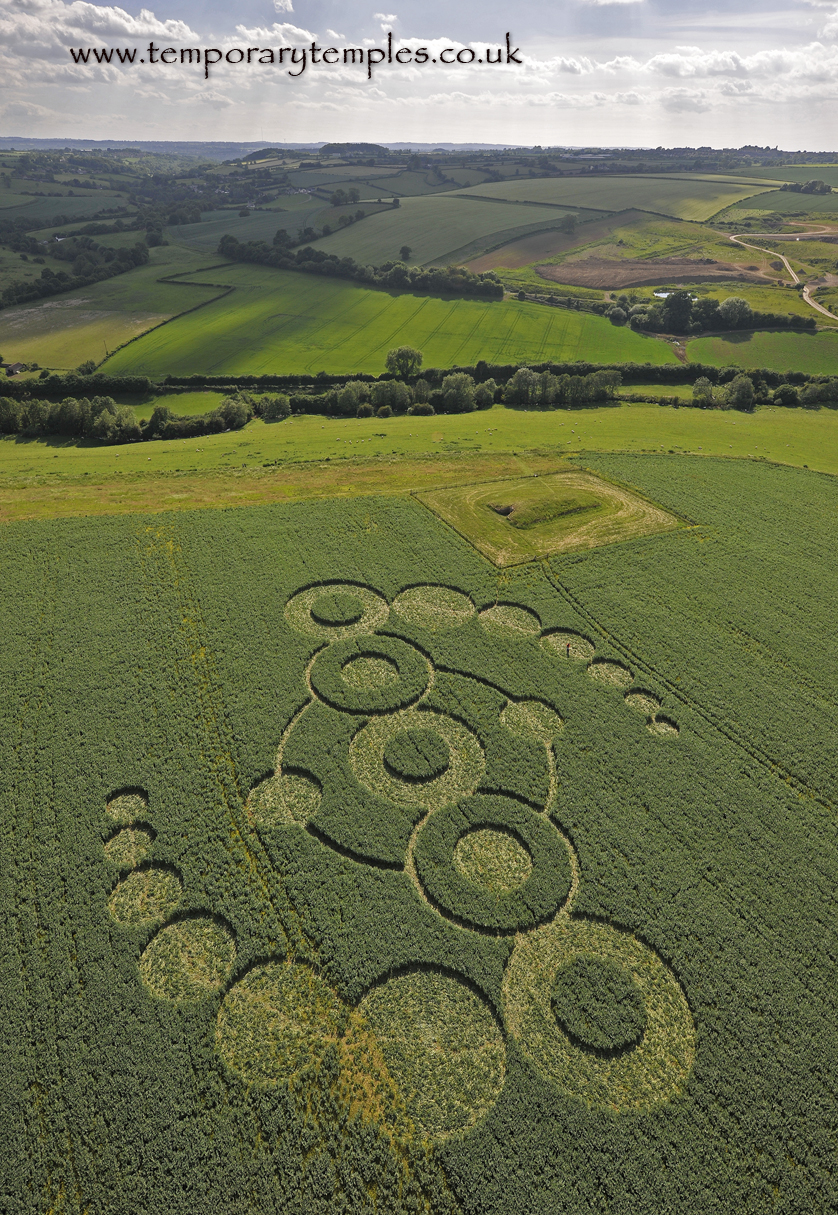 Reports of mysterious balls of light around crop circles are common. I’ve seen testimonies from a French family, musicians, tourists, lecturers, researchers and circle makers alike. In fact, the occurrence of little balls of light flying over and around crop circles have become so common that it has become an area of agreement between the divergent camps of opinion on this subject.

For those who believe crop circles have a supernatural origin, these orbs of light represent clear evidence that there is something from behind the veil involved. But interestingly, the self-professed human circle-makers also recount extraordinary tales of strange lights in the field, orbs and flashes in front of their eyes when making the circles. Many people report these balls of light to be plasma-like in their appearance and although their size may vary they commonly are a little smaller than a beach ball.

Many people report not just seeing the balls of light but also experiencing a sense of interaction with them. They seem to respond to the inner thoughts of the observer and a telepathic connection is experienced.

I am fascinated with this aspect of the crop circle mystery. Light-questing is a new movement born out of these experiences with balls of light. So now, many people visit crop circles not merely to see what is left on the ground, but in pursuit of what they may see in the sky.

Autumn Sneak Peek: Can We Embrace the Menopause?...

Secrets of a Feng Shui Goddess

Are You Having A Laugh? Try Laughter Yoga....