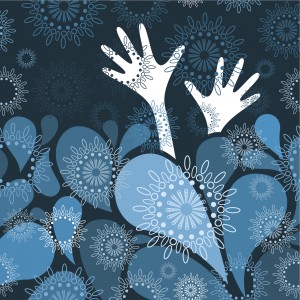 In the last issue, I looked into the need to build personal resilience and how we might go about nurturing our own ability to deal with the dramatic changes that come upon us. I believe that, as well as developing our own ability to cope, we will need to cultivate the resilience of our communities to manage. In many ways, the shocks we face will be too overwhelming for individuals to tackle alone, and adapting will require real cooperation.

I am often accused by friends of being overly pessimistic and constantly told that things are not as bad as I think they are. Conversely, I am accused by many colleagues of being overly optimistic and told that things are a lot worse than I think they are. So, how bad are things? Are we actually on the cusp of collapse? This is what David Korowicz suggests in his recent paper, ‘Tipping Point’, published by FEASTA, the Foundation for the Economics of Sustainability.

In the paper, which I urge you to read, Korowicz states that, “There is a high probability that our integrated and globalised civilisation is on the cusp of a fast and near-term collapse.” He goes on to say, “Appeals towards localism, transition initiatives, organic food and renewable energy production, however laudable and necessary, are totally out of scale to what is approaching.”

So, when we read articles like this, which highlight our vulnerabilities, confront our assumptions and point out the ‘perfect storm’ ahead, what do we do? What is our response when we realise the scale of the challenges we will have to face and the changes we will have to make? The real problem is that most people are fast asleep and don’t get that we have a problem at all and, either consciously or unconsciously, just don’t want to know. Despite the good intentions of many people and groups, raising awareness of the crisis often results in people experiencing and even becoming stuck in the ‘grief cycle’.
The ‘grief cycle’ is a sequence of emotional states as outlined in Elizabeth Kübler-Ross’s 1969 book, ‘On Death and Dying’. The sequence is not just for dealing with bad news or death and dying, it is actually a ‘change model’ for helping us to understand and deal with adversity.
There are a number of stages in the grief cycle, which acts as a useful map to help us navigate through difficult times and to accept and adapt to change. Although most people roughly follow the sequence, they may stay in various stages for different amounts of time. Then there will be other people who skip some stages or experience them in a different order all together. Kübler-Ross noticed that many people switch between two or more stages and return to some of the stages a number of times before working through them entirely. She refers to this effect as the “roller coaster.” So, let’s strap ourselves in and take a ride on this ‘grief cycle’ roller coaster to see if we can identify stages where we ourselves might be stuck.
Shock
The first stage we move into when we receive bad news or become aware of the scale of the challenge is an initial paralysis. Here, we are in deep shock and are unable to do anything. We are numb and confused and, quite quickly, might fall straight into the next stage.

Anger
After the initial shock, most people enter a stage of frustration and anger. People at this stage tend to be very negative and are generally not in a fit state to make good decisions or choices. The anger can manifest in different ways, inwardly at ourselves or outwardly directed at others, especially those that are making us aware of the challenges.

Denial
“No, it’s not as bad as that.” This stage is one where we refuse to accept facts or admit there is a problem. In this stage, there is a conscious or unconscious refusal to hear information relating to the situation concerned. As a species, we seem to be hardwired with this defence mechanism and are very good at avoiding the inevitable. Most people get locked into this stage when dealing with uncomfortable facts or shocking news. Many will take refuge in rejecting the notion that things are as bad as the reports suggest. In this stage, many will ridicule the messenger and marginalise those giving the reports as ‘doomers’ or ‘cranks’. It is easy to see this stage in regards to Climate Change where people simply do not believe the science that the earth is warming, or that humans are the cause.

Bargaining
“Yes, that is happening, but…” In this stage, people search for a way out or try to negotiate a compromise. “But will everything be okay if I change my light bulbs and use recycled paper?” We struggle to find meaning in this stage and hope that we can somehow postpone or delay the inevitable.

Depression
This stage is the final realisation of the inevitable. In it, individuals experience an overwhelming sense of loss and they have no energy to make decisions for themselves. Signs of depression include changes in eating or sleeping patterns, irritability and moodiness.  At this time, people need to gather information and consider their options. Quite often, we become aware that we don’t have a problem to be solved, but a predicament to adapt to. Although difficult, this realisation can lead to the next stage.

Acceptance
“It’s all right now. I’m alright now.” We are now entering the acceptance stage. This doesn’t always mean individuals necessarily like the change, but now they are beginning to accept that it has happened and are willing to integrate it into their lives. At this stage, people can feel empowered, but things will never be the same. Change has occurred.

Although change is uncomfortable and often beyond our control, it is important to remember you are not alone. Managing the transition through the grief cycle and successfully incorporating the changes will be far easier if you have a strong community around you.

Unfortunately, individuals do not move through the grief cycle in an orderly, step-by-step way, and there is a danger of becoming stuck at one stage. Becoming stuck in the anger or depression phase is common, and living in denial is where more and more people seem to be residing.

In a future that is very uncertain, we will have to accept some extremely painful and difficult choices. Moving through this sequence and not getting stuck will be essential. Even though there may be a great deal of uncertainty and even catastrophe on the horizon, hopefully we can accept the change and accelerate the responses that will ensure a liveable planet: one that is less stressful, more time-rich, healthier and happier.  Even after reading David Korowicz’s Tipping Point, I am still optimistic… or am I stuck in denial?

Davie Philip is the Education Manager at the Cultivate Centre, a member of the Cloughjordan Ecovillage and the Coordinator of the Irish Transition Towns Network.

Oriental Medicine and the Emotions

Richard Branson, on Being: Stand Out for Being...

How to Start Growing Your Own Fruit: Sneak...

Ecosystems of Innovation, by Davie Philip