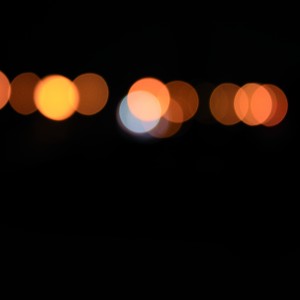 In the legends of the Middle East, there exists an ancient story. This concerns the role of Angels as beings appointed by the Creator. The tale tells how the Infinite One made a statue of clay in the image of his or her own likeness, and asked the Soul to enter it. But the Soul refused, for to be captured thus meant sure imprisonment, and the soul’s essence was to love inclusively – moving through the cosmos in pure joy, liberated to supernal ecstasy.

However, through infinite wisdom, the Creator asked the Angelic Kingdom to sing such seraphic music that the Soul became so enchanted, so deeply stirred by the magic of this celestial sound, that the Soul agreed to enter the body of clay. And so became the embodiment of Adam Kadmon – so began human life.

Angels and Celestial Spirits have always existed – in the pages of sacred and mystical texts, in the minds and hearts of ordinary human beings, and in ubiquitous acts that have lovingly supported humanity. Wherever they may be, whatever form they may take, and whenever they appear, Angels, as messengers of the Divine, are suffused with a powerful force, created from the furnace of the Universe where the vibrational currency of love and light pulsates. Thus, they are encoded with passion and praise, formed from the very blood of the Creator, which quickens their hearts to live out the beauty of the great song of the Soul that once enchanted human life into existence.

Since the Italian Renaissance, Angels have mostly been depicted as human beings with wings, although I’ve always seen Angels as Orbs. Seen, that is, since a remarkable encounter with twelve such light beings on Glastonbury Tor during the Harmonic Convergence of 1987. In those early days, in our search for spiritual intelligence away from the confines set by oppressive religious establishment, it was extremely unusual to see circles of plasma energy; whereas during our current era, digital photography brings this extraordinary phenomena to our attention.

Not surprisingly, in those early days, my conversation about brilliant balls of light was sparse, particularly as my unseen guides had requested discretion. Until I read the early Christian mystics, whose precedent stated that Angels were Orbs. So believed Thomas Aquinas, St. John of the Cross and Hildegard von Bingen. And yet, to this day, we gaze in awe and wonder at the undiminished beauty and splendour of the great painters, and their rendition of Angelic order.

Twelve Angels work with me, to help take their wonderment further into the embodiment of us humans. They accord themselves archetypal traits that penetrate the very membrane of our individual and collective mind. Archetypes are keys to our consciousness, and illustrate generic versions of our ‘personality’. For example, if we initially gaze at the lapis lazuli-orb of Gabriel the Divine Messenger, an oracle opens through the lineage of the wisdom traditions. These move through the sands of time, from Atlantis to the Egyptian God Thoth and beyond. Thoth was regarded as the ‘Scribe Messenger of the Gods’, then appearing much later as the Greek Hermes and the Roman Mercury. They brought messages from the Gods to humanity, and engaged in spectacular acts to save humans from peril.

Gabriel the Messenger brought the Koran to Mohammad, and the annunciation to Mary and Elizabeth – therefore the witness of this Angel reminds us of how inspired action may be wrought from sacred messages – from the love, grace and wisdom of divine order.

Similarly, we may again gaze at the violet-orb of Michael the Cosmic Leader, who overshadowed Osiris the ‘Magnanimous Leader’. Osiris, with Michael’s aid, led the Egyptian people through a golden age of prosperity in pre-dynastic times. Then, later emerged as the Greek Zeus, and the Roman Jupiter, helping to fulfil individual life-force by establishing the kingdom of personal sovereignty. This domain is where the I AM presence lives. In effect, Michael brings forth the essence of leadership, enchantment, patience and the ability to transmute challenges or woes into our divine power. Please do check the Orbs to feel your own personal archetypal key.

The Virtual Reality of Creation by Dee Wallace

Moving from Fear into Love with the help of the Planetary Transits, By Margaret Gray