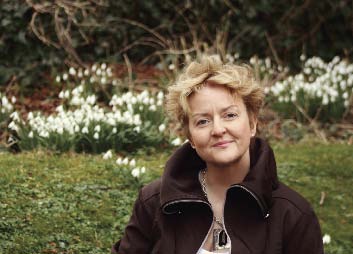 You can’t learn enough about health.  I qualified out of The French Culinary Institute in New York in 2000.  I was on my feet 16 hours a day and I was under a lot of physical stress, but I was really enjoying it because I loved what I was doing.  However, I was feeling tremendous fatigue.
It took two years for me to get a proper diagnosis, all the while being told, “Oh you‘re depressed.  You need an anti-depressant. ”  It just didn’t add up that the reason I felt like there were weights in my legs was because I was depressed.    Eventually, I had a second thyroid-blood test that came back abnormal and I was diagnosed with Hashimoto’s Thyroiditis.  It’s an auto-immune condition where your thyroid production is being attacked by your own body.  I got on a thyroid replacement hormone thinking I would finally get my life back, but that’s not what happened.
When I started out on the path to getting well, I had no idea that I would have to walk the path on my own.  I wasn’t getting the answers I needed from conventional doctors, to the point where I had to give up my cheffing career after 2 and a half years.
Then, after reading many books and spending many nights on the internet, I figured out that one of my problems was that my adrenal glands were shot.  The adrenal glands are the stress glands attached to your kidneys, and if you don’t treat them first, the thyroid hormone’s going to make you feel worse.
The positive part of my journey began when I discovered Maca in the summer of 2004.  I was in a health store in New York just before I came home to Ireland.  They told me that it was for hormone balance, so it was really great for any endocrine problems.  It was being used by people with under-active thyroids, and women going through menopause, instead of HRT.  It was one of the biggest things to hit the health market in New York in a very long time.
When I got home, I spent a few weeks weaning myself off the anti-depressant.  I felt terrible, I couldn’t walk straight, I couldn’t relax.  My partner had to take care of everything for those 6 weeks; and then I was fine, except I started having terrible PMT, which I‘d never had before.  After one more trip to a doctor who couldn’t give me the answers I needed, he suggested I try my local health store.  That’s when I remembered about Maca.
But, when I went up there, they’d never heard of it, so I called my friend in New York and got her to send me over a bottle of it.  Then, literally a month later, I had no PMT.  I was delighted.  Then, another month later, I had a 28-day cycle, which I’d never had before in my life.  This really made me take notice, so I started to research Maca and what was in it that was making my system work so well.  Initially, I was only taking 1gm a day, and I read that if you took more of it, you could actually nourish your adrenals back.  And after about 2 months on that higher dose, I was ready to go back to full-time work.
Once I started to be well, I just felt compelled to get this out there for people.  I had no idea of what it would actually take to get it known, to get it directly from Peru, to get organic certification, to get it into the shop and then to get it off the shelf into the person’s pocket.  It’s a major project.
I took a “Start your own business” FAS course in Summer 2005 and it was late in 2006 by the time I had product on the shelf.  In between, I had lots of success stories with Maca.  As far as my business now, the more I focus on Peru and the more I focus on health, the more well I’m getting and the more I’m helping people.

For more information about the full range of Sara’s Choice products and the remarkable health benefits associated with their use, check out www.saraschoice.com

Spirituality and the City – Spring 2009