Now Trending:
Focus on the New: Connection and Communities
Editor and Social Media Manager Wanted
Meditation Myths and Truths: Set Yourself Free
Haven of Healing: Creacon’s Autumn Retreats
The Wisdom of Trauma ft. Gabor Maté: Online...
A Vedic Astrology Forecast for 2022 With Drew...
Four Noble Truths: A Buddhist Response to the...
Water for the Soul: Restore Vitality to Your...
Positively Newsworthy: The Little Things – Autumn 2021...
Positively Newsworthy: The Autumn 2021 Edition
Go Beyond Words: The Truths Behind a Child’s...
Rachelle Hicks: Own the Sword, Accept Your Power
Find Your Truth: What is Your Perspective on...
Make Your Sunshine Last: CNM on Vitamin D
Accelerate Your Path: We Talk to Dr. Joe...
Bringing Galactic Wisdom to Earth: A Conversation With...
A Neuro Boost: The Health Approach of Mindbodied
Vital Nutrients: The Journey That Birthed a Business
Get Unstuck and Thrive: The Power of Energy...
Embracing Autumn: Welcome the Incoming Energies
The Wonder Nutrient: A Look at Coenzyme Q10
Higher Creativity: Artwork in Service of Healing
Warm Indulgence: Enjoy Autumn Comfort From The Happy...
Charlotte’s Creations: Clothes Made With Love
Teen Spirit: Margot Tubbiolo On Speaking Your Truth
Plant and Thrive: Trees Can Be The Answer
Spirituality in The City: Autumn 2021 Edition
Sound and Spirit: The O’Neill Sisters’ Musical Journey
Lake Shore Calling: An Inspired Healing Centre
Immune Helpers: Vitamins C & D Take Centre...
Autumn Vibes: Our Pick of the Season’s Best...
Sneak Peek – Our Interview With Dr. Joe...
Turn Over a New Tea Leaf
Sustainability and Soul: Two Leading Lights We Love
Mindfulness Based Stress Reduction Course with Eilis Cullen
Tantric Massage
Buddha Bag Meeting: Cuddle Party with Grainne Carr
Home Tags Posts tagged with "Irish Music"
Tag:

We love the beautiful music of The O’Neill Sisters: an award-winning group comprised of three singing sisters from Co. Kerry. In our Autumn 2021 issue, two of the sisters sat down with us and spoke about their journey, from meeting Bruno Mars to producing albums comprised of healing sounds.

We talk to One Eyed Crows about their debut album release, ‘Ardent Heart’

Interview with The One Eyed Crows 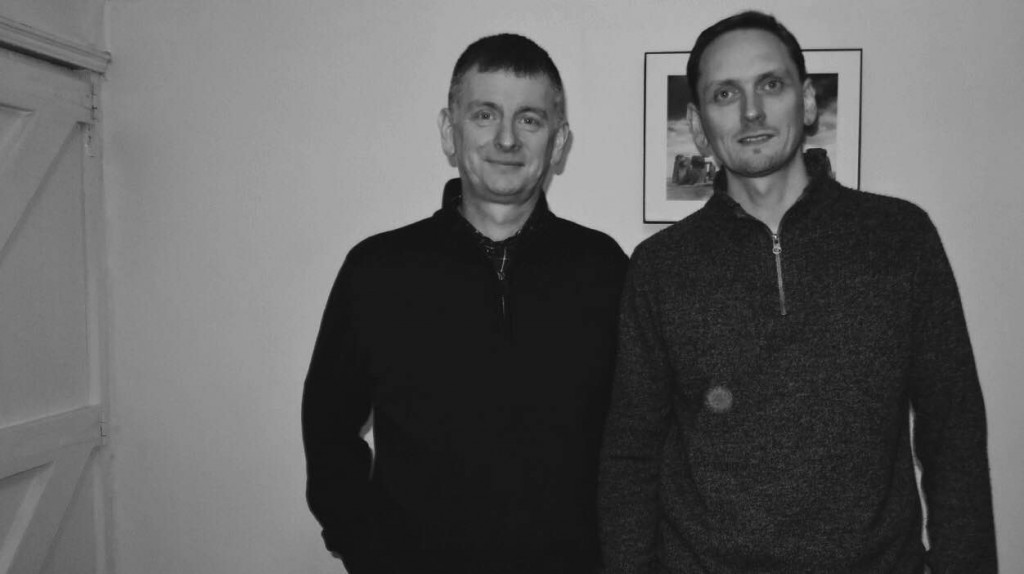 One Eyed Crows is Gary Collins, Neal Traynor and Steo Farrell. I chatted to Gary and Neale about their debut album which has just been released.

Gary Collins began his journey into healing and wholeness over 26 years ago; initially exploring martial arts, oriental healing and meditation and qualified as a practitioner of Chinese Medicine. He has also studied Chinese Herbal therapy, Tuina, and Qi Gong, Pranic Healing, Phytobiophysics, Shamanic Healing, Bu Qi Healing and Heart and Soul Healing. His practice has evolved over the years, but his main focus is to empower people to become aware of themselves as an energetic being with the power to greatly influence their own healing. He is the founder of both the Jade Sun School which offers courses in spiritual development and healing, and the Solar Sound Healing system. Neal Traynor also works with the Jade Sun School and speaks of Gary as an important person in his own healing and spiritual journey. Steo initially a friend of Neal’s first met Gary as a client, and later, when Gary and Neal had decided to create something important to them musically, became a part of the One Eyed Crows. The way they speak about working together is cooperative and collaborative, but each make decisions with a very honest truth, aiming for the best outcome, but that requires a certain level of detachment. Lacking the kind of ego we often associate with creativity and maybe more so in the music industry, their creative process is aligned perfectly with their purpose and overall goals.

What made them decide to create an album when they’re obviously already very busy with lots of other things?

Neal was in a band before and by the sounds of it, a slightly over-enthusiastic record collector, music was always important to him but not in a way that seemed to sit with him as well as One Eyed Crows does. Gary had always wanted to make music, but what eventually made him take the leap in creating their debut album ‘Ardent Heart’, was the fact that while artists and music he loved were excellent in terms of skill, and in that aspect, something he humbly tells me they can’t compare to, it all lacked the content or messages he was searching for in music. Gary describes the feeling of carrying out healing work with a client, the inspiration of that, and of this aspect of our lives overall and both he and Neal agree that they couldn’t find this anywhere.

They didn’t quite set out to create music that would serve as a sound-space for inspiration and healing, like many have done before in many different forms, but as good old fashioned singer songwriting, the difference being that the messages would be purposeful, and really offer the listener something valuable, if they choose to be open to it. 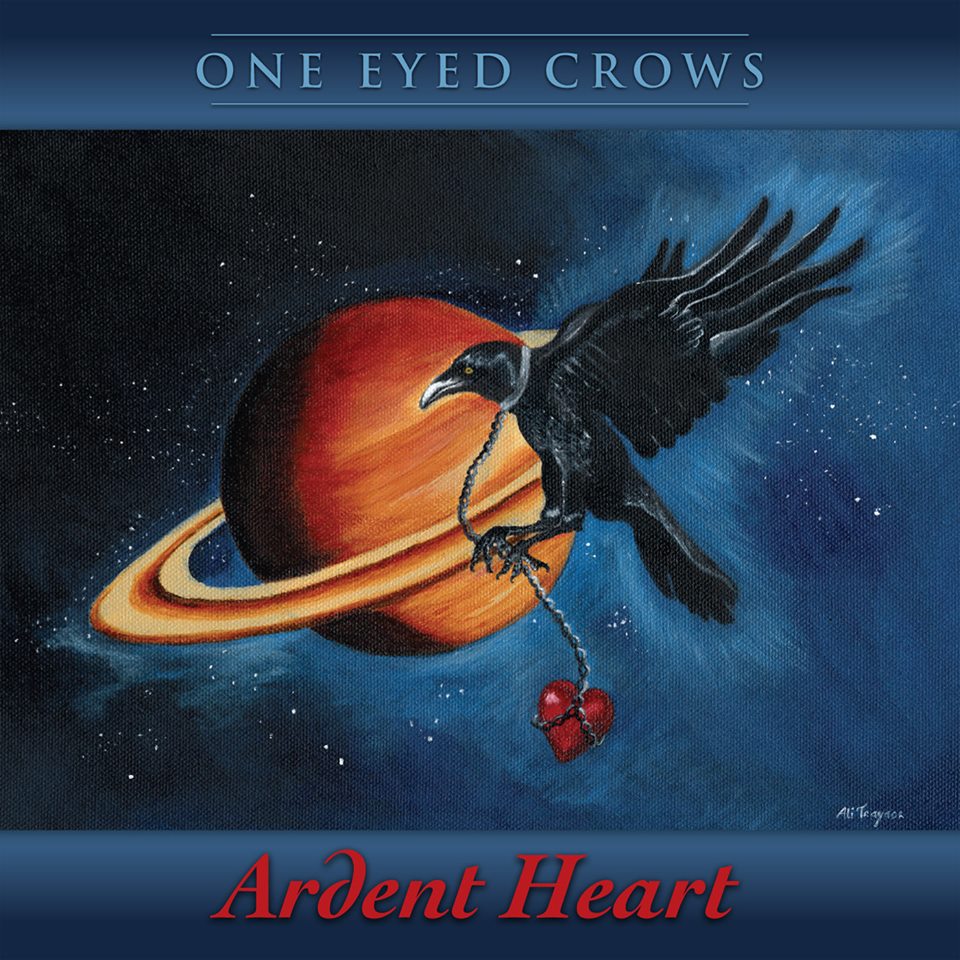 The first release from the album is Return to the Stars. “The song is a personal invitation to the listener to awaken to their Spiritual Selves. It is a song about dying to who we really are, about letting go of our ego-driven attachments and aligning our desire nature with its true purpose which is to evolve into what it is -love.” Before meeting them I had listened to the track and thought the atmosphere musically was very dark in contrast to the message of light and love that the lyrics brought. It didn’t jar and I liked that the lyrics got the chance to enter through or into dark place in my soul, a place where maybe it’s more important for a message like that to come in, rather than through a part of me that was already full of lots of light. But I still had to ask them about it, and actually, I found my answer in asking them about the name of the band.

“My mentor sometimes comes as a crow,” Gary begins, “And what’s behind that is the teaching of how suffering helps us evolve, if we embrace it with pure logic and what we need to do is stop trying to get away from suffering and actually embrace it and penetrate through it, then we can dissolve it, but again, that is the path of the spiritual warrior, and crow is the big, great teacher there, that allows you to enter the dark and find the light in the dark. Once you find the light in the dark you’re home, because that’s permanent. You can never be afraid of the dark again. Crow is that crow energy….Crow also represents a state of consciousness where your eye become single, you’re no longer a polarity, because you accept the role of suffering in evolution, in a way that you feel liberated by that acceptance, it’s not a resignation now, it’s actually a liberation….you can’t get to the eagle or the white dove or whatever you want to call it, without seeing your own hand on your suffering.”

Live experiences of their music is one of their next considerations, so keep an eye out for more on that in the new year on their facebook page perhaps!

For further insights to why they make music, their inspiration, their humour and humility, listen to the full chat with Gary and Neal below.

Return to the Stars