Now Trending:
Sneak Peek: We Interview Lee Harris
Sneak Peek: The Frequency Shift – Interview with...
Sneak Peek: Sovereignty Within Unity
The Wisdom of Trauma ft. Gabor Maté: Online...
Sneak Peek: A Conversation on Consciousness With Rebecca...
Think Alignment, Uniting Thoughts With Desires
Sneak Peek: Science, Art And Alchemy
Our Winter 2021/22 Issue Hits Shelves
A Vedic Astrology Forecast for 2022 With Drew...
Focus on the New: Connection and Communities
Haven of Healing: Creacon’s Autumn Retreats
Four Noble Truths: A Buddhist Response to the...
Positively Newsworthy: The Little Things – Autumn 2021...
Positively Newsworthy: The Autumn 2021 Edition
Go Beyond Words: The Truths Behind a Child’s...
Rachelle Hicks: Own the Sword, Accept Your Power
Find Your Truth: What is Your Perspective on...
Make Your Sunshine Last: CNM on Vitamin D
Bringing Galactic Wisdom to Earth: A Conversation With...
A Neuro Boost: The Health Approach of Mindbodied
Vital Nutrients: The Journey That Birthed a Business
Turn Over a New Tea Leaf
Mindfulness Based Stress Reduction Course with Eilis Cullen
SNEAK PEEK: Our Exclusive Interview With Sadhguru
Tantric Massage
Summer 2016 issue Short and Sweet: A New...
Home Tags Posts tagged with "Personal Development"
Tag:

Alexis Cartwright – the renowned spiritual teacher and founder of the Transference Healing modality – is visiting Co.Cork this May for a series of profound workshops and trance channelling sessions. You can learn more about each workshop she is hosting (including details about times, dates, prices and how to book) on her website.

We were thrilled to be given the opportunity to interview Alexis recently. She spoke to us about her own spiritual journey, the powerful energies behind Transference Healing, her thoughts on the spiritual growth and healing process that the world is set to go through in the years ahead, and the lessons she hopes to impart during her time in Ireland.

You can listen to our full interview here:

Fergus O’hanlon: A talk on the End of Suffering

Fergus O’Hanlon, an intuitive speaker, has been on a journey of awakening that has lead him down many paths. He now believes that humanity is collectively standing at a great crossroads, but yet hasn’t quite made its mind up as to which direction it will go. One way is more of the same, the other is unfamiliar and brings up great fear, as does all change. But this doesn’t have to be the case if we choose to listen to the deepest knowing of our being and embark on a new journey that could be challenging, but also exhilarating, and could form the beginning of a new collective belief that we no longer need to suffer.
This is Fergus first talk on this process and the new insights he has discovered.
March 24, 2016 0 comment
0 FacebookTwitterPinterestEmail

Buddha Bag Meeting: From Longing to Belonging, with Fiona Daly

In this fast moving time of shopping-days-till-Christmas, you’re invited to join Fiona Daly in the space of Longing… a rich and fertile opening to your soul’s yearning.

“As we feel into this darkest time of year, we explore longing as a gateway to a profound and vibrant experiencing of your own depth. We will connect deeply with ourselves and with each-other, supported by the ancient tradition of Tantra and more recent understanding of our humanity drawn from psychology, neurology and relational therapies. The evening will be experiential and informative.”

Fiona Daly is a tantra teacher, psychotherapist and relationship counselor. She holds a gentle, joyful, compassionate space to nourish the emerging of your unique human self.

fionadaly.com | Find out more about The Buddha Bag Meeting

By Mike Tanner
Play the Game of Transformation 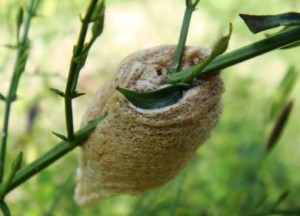 It is easy to see our physical body transform. With fresh food and exercise, we look well. Overeating with no exercise, we gain kilos.

How about our emotional body or our mental body; is it as easy to transform them? Yes.

Self-Regulation or Lifestream is our life process. Too hot, we sweat. Too cold, we shiver. The body automatically maintains our optimum temperature. We come with a purpose and are diverted by traumas that are too painful for us to experience. This prevents us from being able to fully interact and grow.

Accepting personal responsibility for ourselves is the first step. Then, in a safe environment, we can learn to release the interference with our natural processes and allow the unexperienced traumas to resolve, enabling healing to take place.

The game of Transformation, developed in Findhorn, enables participants to gain deep insights into the Physical, Emotional, Mental and Spiritual aspects of their questions, revealing problems and offering solutions.

Players agree to be respectful, to confidentiality, and to stay for the agreed duration of the game. Questions from each player are discussed and refined. Once questions are agreed, they are written down, and an envelope (your unconscious) is filled with awareness, setbacks and angels.

You then incarnate into a physical body and begin your journey. The interaction between participants is an essential part of the game, and the insights of the others can be challenging. The more open and intuitive the players allow themselves to be, the greater the result.

Acceptance of your own insights by the others is a wonderful experience.

Once you are able to see and accept the problem, even those you have carried for lifetimes, it is possible to decide on a solution which can be instantaneous.

Jack Canfield, known to many as the co-author of Chicken Soup For The Soul, is one of the most successful people in the world. Not surprising really when you consider the wealth of knowledge he’s collected over the course of his life. Knowledge that he happily shares with those who read his books or attend his seminars. However, as Jack himself says, knowledge is not enough, it needs to be put into action.

To illustrate this point, I’ll do what Jack often does and tell you a short story…This story is about two men who created a book they believed could make a positive difference in people’s lives. They took their book to 144 different publishers over the course of 18 months, all of whom rejected it without even turning a page. Then came the American Bookseller Association’s Convention. Consisting of 4,000 stalls in total, these two men went from booth to booth over the 3 days of the convention. Nobody showed any interest until finally, late on the 3rd day, a small publisher from Florida agreed simply to read the book. A week later, he called the men, saying that he liked it and would agree to print their book for them.

The two men in this true story are Jack Canfield and Mark Victor Hansen, and the book they believed in so much was Chicken Soup For The Soul. It was their 1st in a series of books now spanning 175 titles, in 47 languages, with over 120 million copies sold worldwide, making Mr. Canfield a multi-millionaire in the process. So, what’s the moral of this story? Well, in Jack’s own words of positive thinking, “Whatever your dream is, don’t give up on it, although you may need to alter it slightly along the way.”

I recently had the pleasure of attending one of Jack’s seminars here in Dublin, based around the teachings in his new book, The Success Principles: How To Get From Where You Are To Where You Want To Be. A 400 strong crowd turned up to this day long event hosted by Horizon Speakers. At a cost of €400 per ticket, we came with the promise of doubling our results (including our income), doubling our amount of free time, and having more balance and fun at work and at home. A tall order by anybody’s standards, but Jack is a man who practices the positive thinking that he preaches, who enlightens as he teaches, and who makes it very clear that the principles will only work if we work the principles.

Widely regarded as the best of the best in the Personal Development industry, and having spent decades fine-tuning his own unique style of teaching, he effortlessly inspires, entertains and impresses us, with motivating stories, inspirational quotes, hilarious slideshows and his own willingness to work. Here’s a man who puts the Law of Attraction into action, and it shows.
One philosophy he shares with us states that, “Life is like a combination lock. If you know the combination to the lock, it doesn’t matter who you are, the lock has to open.” Likewise, if you only know a few of the numbers of the combination, no matter how well you know them, the lock won’t open until you know them all. This is where The Success Principles come in. They are the combination to the lock, and Mr. C. guarantees that if you learn them and practice them everyday, you can easily achieve your heart’s desire.

The intentions of other’s thoughts towards you also have an enhancing or detrimental effect on your physiology, as does your heart’s desire. A goal, which is good for others as well as yourself, will benefit you more than a desire just to help yourself. It’s a lesson not just in how to be happy, but how to make others happy.

So, modern science is finally proving what the ancient teachings say is true, and Jack Canfield is here to spread the good news. His aim is to encourage us to develop a clarity of vision, to take 100% responsibility for our lives and to develop powerful daily success habits that will keep us on the path of personal development, ensuring physical, financial, romantic and spiritual fulfillment. What’s the catch? You’ve got to do the work. As Jack leaves us with one of his inspirational quotes, “You can’t hire other people to do your push-ups for you.”

For more about Jack Canfield, go to www.JackCanfield.com or for more info on upcoming events organised by Horizon Speakers, go to www.horizonspeakers.com