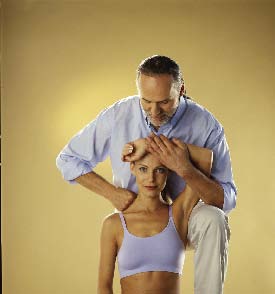 When the body gets working appropriately, the force of gravity can flow through. Then, spontaneously, the body heals itself.” Dr. Ida P. Rolf

The name Rolfing® originated from its creator Dr. Ida P. Rolf. Dr Rolf was, in many respects, a remarkable woman. She received her doctorate in biological chemistry in 1920, after which she worked for the Rockerfeller Institute for 12 years; a major achievement for a woman in the 1920’s.

Rolf had an inquisitive and inquiring mind and she could have made a mark in any field of her choosing. Her inquiry into the structure and alignment of humans came from personal health problems, as she suffered from spinal arthritis. This inquiry led to an investigation of Osteopathy, Yoga, Alexander Technique and Gestalt Therapy, which lead to the work that became know as Structural Integration or Rolfing. Dr. Rolf was especially attracted to Yoga because of its theories aimed at evoking human potential. She spent the latter part of her life developing the Rolfing technique, training students in the work, and she eventually formed the Rolf Institute in Boulder Colorado, which now has offices around the world.

Rolfng is a scientifically validated body therapy. The stress of our day-to-day lives, injuries, the pull of gravity and the so-called ageing process can drag the body out of alignment. Rolfing addresses this misalignment and balances the body. It does this by working on the underlying causes of tension and pain, not just the symptoms. By lengthening and releasing the connective tissue (fascia, muscles, tendons, ligaments, etc.) Rolfing works to establish changes in the body’s overall structure and sculpt it into a pain-free and more efficient working unit.

A traditional Rolfing process is conducted over a series of ten carefully crafted sessions. There are basic guidelines and landmarks that every Rolfer follows in each of the sessions, while at the same time each session is created for the needs of the individual. After completing the Rolfing process, people can experience benefits such as better posture, more energy and release from chronic pain. Rolfing is for everybody, for people from all walks of life, especially those looking for a healthier lifestyle.

A couple of years ago I left a stressful IT job to study Yoga in India. During intensive Yoga practice I really hurt my lower back. I went to see a chiropractor who made me aware of something very interesting. It was actually my bad posture that was putting strain on my back which was the root of my back problems and they recommended that I see a Rolfer. After I went through the Rolfing process I instantly knew that I had found something that I could really develop a passion for and thus decided to become a Rolfer.

To put the spring back in your step and get a sense of space in your body, and to find out more about Rolfing visit www.DublinRolfing.com or www.RolfIreland.com and contact a Rolfer today.