A Person of Love and Gratitude 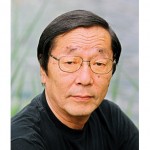 For those of you who don’t already know and love the work and personality of Dr. Masaru Emoto, let me tell you that his Water Crystal research is some of the most beautifully obvious evidence of the power of positive thinking, talking and feeling, and that he himself is a joyful embodiment of the very principles he promotes.

He recently gave a talk here in Ireland, on June 1st, exactly 10 years to the day from when his loving and supportive wife Kazuko first published his original book Messages From Water.  3 billion copies in 45 languages later, having given over 1000 seminars in 75 different countries, he was finally ready to meet the Irish.  I got up early one morning to phone him and his translator Fukiko in Japan for an exclusive interview as he prepared for his current world tour, including his first ever trip to our green isles.

“I feel it’s a coincidence that we are interviewing today because today is the day we finished writing our new book entitled, A Person of Love and Gratitude.”  I agree it is a wonderful coincidence, or maybe not a coincidence at all.  As Dr. Emoto himself believes “synchronicities are signs from the 5th dimension,” which is a Utopia “somewhere over the rainbow” that we can catch glimpses of during meditation.  The entrance to the 5th dimension can be found at the bottom of a rainbow, the likes of which that have been following Dr. Emoto across the world, appearing over his water ceremonies and seminars.

The basis of his work is simple; you take a few samples of water from different sources or having been subjected to different influences such as words, music or emotions; you then freeze these water samples and photograph the crystals that are formed, using a special microscope.  The results speak for themselves; water that has been exposed to positive vibrations form beautiful symmetrical hexagonal crystal images, and water that has been exposed to harsh vibrations shows up as shattered or deformed blobs.

Considering our human bodies and the planet itself are made up of 70% water, it starts to become clear just what kind of impact the positive and negative influences in our lives are having upon us.  At the seminar, images of water crystals formed from the words “Mother’s Cooking” were compared to those of “Instant Food.”  Of course the former was considerably more beautiful.  Likewise, an image entitled “Do it!” was compared to “Let’s Do It!” showing how teamwork has a much nicer energy than dictatorship.

“We need to understand water if we are going to understand ourselves.” He reminds us.  “Personally, I can not live without music, because I’ve been listening to some kind of music ever since I was a foetus in my mother’s womb.  My mother was the kind of person who always liked to sing, so I took that into my blood.  The water in my body always needs some kind of music.  Depending on my mood, I would listen to different kinds of music, for example: Violin music or Piano, or sometimes I feel like singing a special type of popular Japanese song called Enka.  Whenever I drink Irish beer, I’m sure that I will feel like singing Japanese Enka.”

“I think if a person has a strong enough sensitivity or sensibility, they would immediately understand or feel what kind of music is needed for a person they see.  Immediately they can find out what would be the best song for any particular person’s mood.” At the seminar, his slideshow suddenly stopped on a page with big bright letters followed by an exclamation mark, “Karaoke Time!”  After the crowd finished laughing, Dr. Emoto led us all in a unique rendition of Danny Boy.  The power of music had been made apparent to us earlier in the seminar by a moving image music video of the water crystals formed under the influence of Madam Butterfly.  He then went on to demonstrate harmonious and destructive combinations of musical notes, relating the disharmony between certain people as a clash between their vibrational resonances.  On the bright side, he said, “Everyone can change their tune if they need to, to make harmony among people.”
Changing our frequency can help in many areas of our life.  “From the Hado point of view, everything has a vibration and each of us has our own specific vibration or Hado.  In order to avoid getting infected by some infectious disease, for example, we have to raise the power of the immune system in our body, and this immunity can be the result of our feeling of Love and Gratitude.  Love and Gratitude to Hado is the best immunity for us.”

As I consider the effect our feelings have on things outside of us, he agrees that the mood of an artist or writer, musician or chef when they are creating something for others will infuse their creation and affect their audience.  “I have published a book called, Nutrition Food Study of Hado, which I co-wrote with a specialist on nutrition.  We found out that when we make a hamburger with a joyful feeling, or a very vengeful angry feeling, the result is totally different.  The one with the joyful feeling has a much greater power to boost the human immune system.  We checked the result with a special vibration-detecting device called an MRA (Magnetic Resonance Analyser).”  So it seems that love really is the secret ingredient.  “Absolutely!”
It makes me think of big gatherings of people at music events and spiritual celebrations, and how the combined energy of the group would have a bigger effect on the individuals present.  “When talking about a group energy, if a person decides to be in this group, then the energy will be multiplied so many fold, but if a person is reluctant to get into this group, then it will not have as much of an affect as the ones that join more actively.”

As part of his research, Dr. Emoto has been re-examining the theories of Einstein, in particular E = MC2 (Energy = Mass multiplied by The Speed of Light).  “I’ve changed the words but not the meaning (Energy = Number of Humans multiplied by The Vibration of Consciousness).”  Like an iceberg, most of our potential is hidden below the surface in the inactivated parts of our DNA.  Scientists recently discovered a water pole in the centre of our DNA and Dr. Emoto feels that by developing a better relationship with the water in our body, we can tap into our full potential and activate our true selves.

Since all vibration is involved in this process and a big part of Dr. Emoto’s research involves placing words on water samples to see their effect, I ask if the name you give a child affects the person they grow up to be.  “Yes.  I think that each person’s name has some kind of significant meaning and connection to a person.  I didn’t have this kind of idea a long time ago, but recently I feel the name is very important.  For example, Einstein in German means “One Stone” (Ein is One and Stein is Stone).  My mother’s name is Kazu Ishimaru (Ishi means Stone and Kazu is One).  There’s some kind of similarity in those names.”

When I asked if he has ever put his own name on water sample, he replies, “We have done an experiment where instead of showing just “Masaru Emoto” we showed the words “Masaru Emoto Water” to a bottle of water with Japanese tap water and the result was amazing.  Even though we used tap water, it formed such a beautiful crystal and usually tap water has no chance to create a beautiful crystal.  I feel a little bit bashful about this.”

Dr. Emoto believes that “Water is a messenger from God” and its message is one of Love and Thanks.  In fact, Love and Thanks seem to be the most powerful words to use and they created what Dr. Emoto considers “the most beautiful water crystal I’ve ever seen.”  He uses specially influenced water to heal people of various physical, emotional and mental conditions and I wonder if we were to offer a worldwide prayer of Love and Thanks, does he feel that it could have a major effect, not just on the water of the world but on every part of the world?  “Sure.  I think so, because water is the source of everything in this universe, so I believe it will in turn affect everything in the world.”

His prayers of Love and Thanks have yielded amazing Before and After images of crystals from water that had been polluted and neglected, and touring the world offering blessings to the lakes, rivers and oceans of the world has become a regular part of Dr. Emoto’s work.  He is currently the head of the I.H.M. General Research Institute and President Emeritus of the International Water for Life Foundation, a Not for Profit Organization.  On May 26, 2005, he spoke as a keynote speaker at a conference held in the United Nations Headquarters, Conference Room 1, Organized by the Spiritual Dimensions of Science and Consciousness Subcommittee of the NGO Committee on Spirituality, Values and Global Concerns. There he introduced the idea for Emoto Peace Project, “giving the book Messages From Water – Children’s Version to the children around the world for free in the hope that they find the importance of water and the true nature of us human beings.”

“We are mostly water.  And it is important to take a very close look at water and think of the question of what water actually is.  We have to pay more attention to water and we have to focus on water much better and we have to study water.  Where does this water on Earth come from?  Does it always need to circulate in our Universe?  When we think about these kinds of questions, we will encounter the more profound deep theme of our existence itself.  For example: where do we come from?  What is the purpose of our being here?  Where are we going after we die?  When we can find the better answers to these kinds of questions, we will have no fear of death, and when we have no fear of death, our value system will totally change and we can live our life to the fullest and we can be more like humans and we can fulfil our purpose most affectively in this life.”

For more info and to download your own free copy of Messages From Water – Children’s Version, visit www.masaru-emoto.net or www.emotoproject.org or www.hado.net

Audio Interview with Eckhart Tolle, Author of The...