Now Trending:
Spirituality in the City: Spring 2021 Edition
The Taste of Spring: Happy Pear Recipes to...
Supporting Community Wellness: We Chat to Health Stores...
Our Spring Issue Hits the Shelves
Spirit-Inspired Creations by Tahnee Morgan (With an Amazing...
Hugh & The Manatee: Mary Helen Hensley’s New...
Celtic Soul Journeys: A Conversation With Amantha Murphy
Seminars.ie Presents ‘Spiritual Health: The Next Frontier’ With...
Imagination Arises: A Conversation With Hema Vyas
Be Yourself Fearlessly: An Evening With Anita Moorjani
Cresting the Crypto Wave: Is Cash Still King?
Positive Vibes: The Spring 2021 Edition
Free Yoga Class With Outhouse and Nimble Limbs...
Bring in the New: A Nettle Ritual to...
Somega Boost: The Benefits of Liposomal Vitamin C
Sneak Peek: ‘The Realm of Imagination’ by Anna...
Sneak Peek: ‘Imagine Orgasm’ by Dawn Cartwright
Sneak Peek: Living on the Lawn by Hans...
Sneak Peek: Oracle Girl on the New Embodied...
A Closer Look at Some of CNM’s Upcoming...
Sneak Peek: Imagination Arises, With Hema Vyas
Turn Over a New Tea Leaf
Judy Satori – Becoming God/Goddess: Energy Alchemy to...
Positive Nights Presents: Oracle Girl – The New...
George’s Street Arcade Landlady Sends a Wonderful Message
EVENT: Bruce Lipton on Epigenetics and the Biology...
Home Astrology Understanding the gods in the skies in the build-up to 2012 – Part 3, By Margaret Gray
Astrology

Understanding the gods in the skies in the build-up to 2012 – Part 3, By Margaret Gray 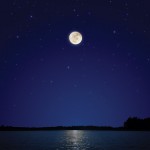 “What is unconscious will either be repressed or projected.”
James Hollis – The Eden Project

Last, but by no means least, in this series on the transits of 2012, is a discussion of the impact – individually and collectively – of the planet Pluto in the sign of Capricorn, where it is currently located. In this edition, I am going to look at Pluto’s characteristics as a planet and a mythological god. I will then outline the themes of Pluto in some of the preceding signs as it affects you in your natal chart. In the next edition, I will discuss the impact of Pluto in Capricorn collectively, particularly on the financial structures. I will also look at this transit in the context of the overall transits of 2010 and 2012.

Understanding Pluto – also known as Hades, the god of the underworld

Despite astronomers demoting Pluto from being a planet, it still remains one of the most powerful astrological forces in our birth chart and in the collective. Together with the other transpersonal planets, Uranus and Neptune, Pluto’s task is to assist us as humans on our evolutionary journey of transformation. Each planet has its own manner of doing so. Plutonian energy is a raw and primitive force, which cuts out all that is inauthentic or unnecessary.  In our birth chart, it can be our greatest strength if we understand and respect what it requires of us.

Mythology is a useful tool in assisting us to understand the nature of these deep archetypal forces, which we often struggle to access on a conscious level.  Hades, who rules Pluto, was the god of the underworld – that which is below visible earth or psychologically, which lies in our unconscious. It is important to keep in mind that our unconscious holds our creative energy as well as our shadow side. It is in the deepest caves that gold and diamonds are found. Hence, Pluto, in our natal chart by sign and position, describes the area of life where we need to do some digging to discover our hidden treasures, as well as our fears and complexes.

On the Islands of Hawai’i, Pluto is represented by Pele, the goddess of volcanoes. Like Hades, she symbolizes endings, transformation and regeneration. Last summer when I was back on the Big Island teaching astrology, I went to watch Kilauea as she spouted lava into the ocean and the sky. We all stood in awe, spontaneously clapping at this magnificent sight, aware that we were in the presence of a natural, primitive, unstoppable force, which was at once beautiful, yet deadly if we went too close.

As Pluto moves in the sky through the signs of the horoscope, his task is to bring to light and eliminate that which is inauthentic, outworn and outdated in each of the signs; to make room for something new and authentic to be reborn. Like a finely honed scalpel, Pluto removes that which we no longer need. Because of its elliptic orbit in the sky, Pluto remains a different length of time in each sign, initially going back and forth from the previous sign to the new one, before it settles for a lengthy period of time in its new home. I have listed below the dates when Pluto was in different signs with an outline of some of the issues that were brought to light and transformed for individuals and the collective during these times.

Collectively, for the purpose of transformation, Pluto brought the following issues to light.  If you were born during this time, your task is to explore, challenge, understand and transform the following:

The role of women, “the family” and outworn traditions.

Public knowledge of the Holocaust and other deeds perpetrated by dictators and the wider collective during and post World War 2.

The use and misuse of individual power.

The use of individual power for yourself and the collective around you.

Information about the destruction of the ozone layer first came to public attention, as well as a disillusion with medical science and a growth in “holistic therapies”.

The issue of our destructive impact on the planet due to a disconnection between mind/body/heart/soul.

How all the parts are interconnected and how to work towards using resources efficiently to heal rather than destroy.

Increased awareness of marital breakdowns. HIV and AIDS came to light and was used initially as a Homophobic tool.

Finding balance within and outside of self. Real justice based on fairness and equality. Relationships based on equality.

The extent of sexual abuse of children, by family members in particular, became public knowledge.

The use and abuse of power and the betrayal of trust. The misuse of sexual behaviour.

The creative and constructive use of your primal survival instincts.

The authenticity of religious beliefs and institutions, which we created as a collective. The purpose and consequences of technological advances.

Your beliefs and philosophy as well as your personal freedom.

On an individual level, the sign Pluto was in when you were born, describes issues which feel of the utmost importance to your survival and which you can potentially use to create transformation in the world. They are also issues which are likely to involve power struggles. Like Persephone, you may feel pulled into the underworld through these themes, particularly during your Pluto square Pluto transit at Mid-life (I will write about midlife transits in more detail in a later issue).

Join me in the next edition of Positive Life for a description of the effects of Pluto in Capricorn on the collective and on you as an individual.  For more info on me and Astrology, visit www.astrologypsychological.com

We’re all going on our… Holistic Holidays!

Astrology for Winter 2014: Stillness of Heart by...