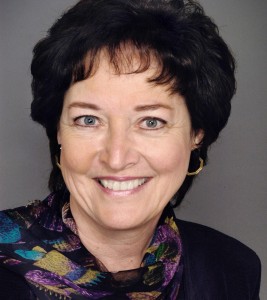 For the last 20 years, Patricia has shared the life-changing philosophy of Louise Hay with people worldwide. She and husband Rick Nichols lead Heal Your Life® Workshop Leader Trainings.

Intention sets things in motion, and during all the turmoil in the US over race issues, women’s issues and war in the late 1960’s, I made a commitment that my life would be about service to others. I felt strongly that each person was entitled to respect and dignity and equality. Little did I know where that would lead.

A few years later, I found myself working as a social worker in the Watts District of Los Angeles; I was stressed to the max! To help myself relax, I started a meditation practice that changed my life forever: Transcendental meditation. It connected me with Spirit in a way I had never experienced before, and that connection has guided me ever since.

I learned to relax, but more importantly, I also started my spiritual journey. I began to notice that I would think things in meditation (like finding a new job) and they seemed to happen with little effort. I was practicing the Law of Attraction without even knowing it.

I started on a search to find answers and discovered books and workshops that explained how we create our reality. Despite the fact that the ideas were completely alien to my upbringing in the southern state of Georgia, my inner being said “Yes!”

A few years later, I went to a breakfast meeting where Louise Hay was speaking. I was delighted to meet her after the meeting and signed up for her mailing list. Just a few months later, she announced dates for her first personal growth intensive, and I signed up for it immediately – and again for the next one! Louise then asked me to be on the intensive staff for the following three years, and I had the incredible opportunity to study with her personally. Using Louise’s principles, I started leading short “Love Yourself” workshops and a support group for people with life threatening illnesses.

In 1989, things were very busy at her publishing company, Hay House, and she asked me and three others to start taking her two-day workshop, Love Yourself, Heal Your Life, around the US and in other countries. I had written an affirmation at one of the intensives, “I am an international workshop leader,” and here was the manifestation of it.

First I took the workshop to Canada, then England, Italy, Poland and Spain (the last three with interpreters). Along the way I met incredible people who also had a commitment to be of service. At the end of one of the two-day workshops in England, the attendees asked for a training program – they had found such incredible changes in their own lives with the Heal Your Life® work, they wanted to share it with others. So, with Louise’s approval, I created the Heal Your Life® Workshop Leader Training in 1995.

Later that year, another life-changing event happened. I met the man I had been affirming for – Rick Nichols, who is now my husband. I knew I’d found my soulmate and someone who shared my intention for making a contribution to the world. Together, we have travelled to Greece, Portugal, Spain and Australia to lead workshops and trainings.

In 2001, I wrote a book entitled Ordering from the Cosmic Kitchen: The Essential Guide to Powerful, Nourishing Affirmations. One day during a walking meditation, my inner voice said, “It’s time to write the book.” I was quite startled and asked, “What book?” The answer was, “You will be guided.” The next morning I began writing and it literally poured out of me and was finished in 3 months. In it, I share inspiring stories about myself and others who used affirmations to increase prosperity, improve health, find jobs, and attract relationships.

Then in 2008, one of our teachers, Eileen Clair, organized a Heal Your Life® Workshop Leader Training on the west coast of Ireland. It was during that course that we fell in love with Ireland; so it is wonderful to be coming back.

Patricia Crane Ph.D. is in Dublin on May 1st, for a one-day live event, The Magic of Believing in Yourself. To book your place contact Mary Kate O Flanagan on marykate@ireland.com or 0868163656 or www.healyourlifeworkshops.com

For more information about Patricia and Rick and their workshops, go to: www.heartinspired.com or www.healyourlifetraining.com

Spirituality and the City – Spring 2010