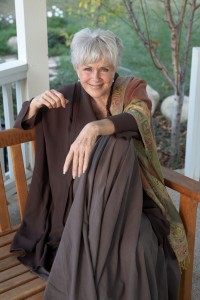 It seems to me that Judgement is an evolutionary tool that has itself evolved. Originally, it may have been a survival skill to navigate through an as-yet-unknown world of safety and danger, divided into things that would keep you alive and things that would cause you to die. Over the centuries, that would have become fine-tuned to distinguish objects and substances even further – things that would feel pleasurable and things that would cause pain and suffering. Not too long ago, this fine tuning would have evolved yet again to include words, attitudes and beliefs. People would be grouped according to gender, religious beliefs, skin colour or sexual preference, and segregation would have thrived. These days, that is still the case in many parts of the world, but there are also the more widespread and much subtler judgements of how someone looks, how they speak, what they eat and how much money they have. There is this and more, and it all stems back to the original safety/danger judgement.

It is such a prevalent occupation of the human mind, one that has been critical for our survival and yet criticised more than most. So, in order to get a more well-rounded take on the subject, we decided to ask two of the most respected spiritual teachers in the world, Byron Katie (best-selling author, and founder of The Work) and Darryl Anka (spiritual filmmaker, and channel for Bashar), to share their experiences and give us their thoughts on Judgement.

“In my twenty-eight years channelling Bashar and absorbing his information and perspective on life,” Darryl began, “I’ve come to understand that everything has both a positive and negative side. To simply recognize and state the difference between a negative behaviour and a positive one is a positive judgement. To condemn or devalue someone or something because of that behaviour would be a negative judgement that only adds to the overall negative energy of the situation, whereas a neutral observation or discernment can be the beginning of understanding, clarity and transformation.”

When I asked Darryl what he thought the purpose of Judgement was, he said, “In defining positive judgement as discernment, or simply neutral observation, then the purpose of this ability would be to allow us to tell the difference between positive and negative energies. Defining positive energy or behaviour as that which integrates, connects and expands, and negative energy as that which segregates, disconnects and contracts, it becomes easier to determine which attributes we prefer in our lives, while at the same time, having a neutral attitude allows us to determine the attributes we don’t prefer while maintaining compassion and understanding for those who may choose more negative paths.”

“In learning this lesson and letting go of negative judgement,” Darryl continued, “my own life has changed in many positive ways. Staying in a positive state – where one can recognize negative energy with discernment but not succumb to it – has allowed me to remain free from the negative vibrational state and the negative effects that accompany it.”

In this way, we can send love to a war zone while knowing that we never want to experience a war – sending only positive energy, and thus tipping the balance of positive and negative.

I find that awareness, acceptance and what I would call “non-judgement” allow for a fuller flow of Love to come through us to those around us and the situation we are in, or whatever we are focusing on. I adopt this state of being while facilitating healing sessions for people. I don’t try to know what is best for the person I am helping. I just pay attention, follow the flow and do whatever I am guided to do. The results are usually wonderful, and truly life-changing. Those who come to me sometimes already know what they would prefer in their lives, but letting go of “negative energy” and clearing blocks in energetic pathways allows for more awareness of (and understanding of) that which integrates, connects and expands your own “positive energy.” In this way, you can more positively judge the best path for you to take in your life, and in the moment.

When I asked Byron Katie about her journey with Judgement, she said, “Before 1986, when I woke up to reality, I was as judgemental as most people—more judgemental, probably, since I was a lot more troubled. Then I discovered that judgements are harmless; it’s only when we believe them that they are a problem for us. This was a huge realization. At the moment when I found The Work (when The Work found me), I understood that when we believe our judgements, we suffer, but that when we question them, we don’t suffer.

A mind that doesn’t question its judgements makes the world very small and dangerous. It must continue to fill the world with bad things and bad people, and in doing so it creates its own suffering. The worst thing that ever happened exists only in the past, which means that it doesn’t exist at all. Right now, it’s only a stressful thought in your mind.

You can’t change the projected world, but you can change your mind – the projector. Just notice when things are out of balance. You don’t have to figure it out. There’s a built-in signal that will always let you know: it’s called stress. Your unquestioned thoughts about life lead you to believe that there’s something out of order, and that can never be true. In itself, life is effortless. If you think there’s a problem, inquire, until you can see how perfect the way of it is.”

I asked them both how important acceptance and forgiveness are in relation to Judgement? “Everyone wants to accept and forgive,” Byron says, “but it’s just not possible so long as we are believing our stressful thoughts and judgements. Forgiveness means discovering that what you thought happened didn’t. Until you can see that there is nothing to forgive, you haven’t really forgiven. No one has ever hurt anyone. No one has ever done anything terrible. There’s nothing terrible except your uninvestigated thoughts about what happened. So, whenever you suffer: question the thoughts you’re believing, and set yourself free. When there’s no story, no past or future, nothing to worry about, nothing to do, nowhere to go, no one to be, it’s all good.”

No one has ever hurt anyone? Wow! That is a powerful thought that I am sure a lot of people will find hard to accept. To help you integrate the thought, you could download a Judge-Your-Neighbour Worksheet at www.thework.com, write down your judgements about someone you haven’t forgiven 100%, then do The Work on what you have written. (There are detailed instructions on Byron’s website.)

Equally powerful is Darryl’s answer that, “Forgiveness, from Bashar’s perspective, would be that state of compassion that creates an ability to understand why and how negative choices are made, yet also allows for the possibility that other, more positive options always exist. Negative judgement provides no ability to demonstrate that a person who has chosen a negative path could choose a positive one – it only reinforces the negative path they’re already on by providing more of the same energy.

On the other hand, forgiveness, of oneself as well as others, demonstrates an understanding that, while the intentions may have been positive, the tools a person has been taught may only allow them to express themselves in negative ways. Forgiveness provides the neutral perspective and the compassionate attitude that makes it possible to see how new, positive tools and behaviours can be shared and learned that more harmoniously align with the underlying desire and intention to be and feel self-empowered.”

I asked Darryl if he had any practical tips for you, dear reader, to help you (and me) to develop a better relationship with Judgement. He replied, “Quite often, simply redefining certain concepts, as Bashar often does, will give greater insight into how progress can be made and new perspectives can be incorporated into our consciousness. By redefining judgement in the way I’ve done here, it opens up new paths that one can take in exploring the whole concept. Often, it’s only our assumption that concepts have only one meaning that keeps us stuck in a vibration we don’t prefer.

If we exercise imagination, which is the path of communication between our higher mind and physical mind, then it can inspire us with new definitions more in alignment with our preferred state of being and free us from outdated definitions that keep us locked in a negative experience.

Positive discernment comes from knowing that no matter what negative beliefs we may discover within ourselves, we always have the self-empowered capacity to change them in positive ways. If we no longer fear to look within, then we have no reason to negatively judge others who may exhibit those traits we also may contain.”

Take a moment to let that sink in.

Phew… Truly taking this onboard, and doing The Work on the Judge-Your-Neighbour Worksheet, will change your life in a big way. Are you ready to let go of years of stress, fear and resentment? Do you want to live a more positive life in the moment of now? You can do it, and I hope I’ve helped.

What’s so Super about Superfoods?