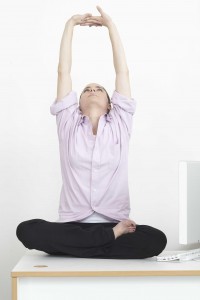 The ancient practice of Yoga has witnessed a surge in popularity in Ireland in recent years, and more and more people are discovering the many benefits Yoga can bring. This has in part been helped by the increased accessibility of Yoga classes.

Opened in a two-floor studio space on Pearse Street in the centre of Dublin during the winter of 2009, the Open Mind Yoga studio’s goal was to not only help share the benefits of yoga, but also to show how Yoga was for people from all different walks of life.

Initially, they experimented with a timetable of donation-only drop-in classes to tempt those who may have been unsure about giving Yoga a try. These classes proved very popular, leading the studio to switch to a fuller timetable offering a larger selection of classes, still at affordable rates.

The continued growth of the studio allowed them to open a second studio on Temple Lane South in Temple Bar in May of this year. This studio is the largest Yoga studio space in Dublin. The studio building also includes a soon-to-be-opened tea room/café, and alcohol and drug-free venue, called The Green Temple.

On Saturday evenings, The Green Temple runs a regular alcohol and drug-free club night called DanceWave. And both studios now offer a wide range of yoga classes, along with workshops featuring some of the best-known national and international Yoga teachers.

What’s the story with your relationships?

The Power of Self Acceptance

On The Mend with Ondamed Therapy. But What...