Investing in the Future

Investing in the Future
By Bernadette Bohan 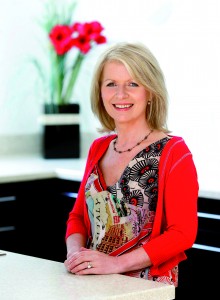 The stories in The Survivor’s Mindset are of ordinary people who gained the power to turn their lives around. Martin is one of those incredible people. He is a successful businessman and was part of today’s chaotic rat race: a workaholic. This lifestyle came with a heavy price tag when he learned he had a fatal disease, myelofibrosis, and he had approximately five years to live.

Despite this severe blow, he decided to try and save his life. I explained that the basic principle is to kick start the immune system and boost the defence functions of the body. He adopted some commonsense steps into his life and began juicing. He converted his shopping trolley into an organic-only zone and developed a taste for a vegetarian diet. As he began to invest the same effort into his health as he had into his business, he influenced his recovery and tipped the scales in his favour. Taking the time to invest in his health was the single most important step of his life.

“I am on top of the world and really well. Sticking to the programme has become so much easier now that I’ve started seeing results. I feel foolish now in saying that it appeared to be a mammoth task to get on top of. The life of hope you introduced me to replaced the cloud of fear I lived under. There is no downside to having hope. It gives us a reason to strive.”

Put Your Passion Into Purpose

Give Yourself a Happy Boost with Positive Self-Suggestion