Foster Gamble, creator of the new movie Thrive, shares his visions for the future and tells Susan Quirke what actions we can take, starting from today

There has been much talk about the importance of this time, 2012. Writers, poets, mystics and scholars from different cultures throughout the ages have spoken about a transformation that is taking place right now; the ending of an age and the beginning of another. An evolution of consciousness is occurring and it is happening rapidly. Increasingly people are choosing love and letting go of fear. Weaving its way through and beyond state borders is a new shared Earth vision. Democracy movements are growing, a faulty financial system is collapsing and people are becoming more environmentally conscious and active. Many are turning away from individualism and beliefs based on dogma, re-embracing the values of personal power while cultivating co-operation, community, and unity. This is a vision grounded in love, the dream of peace, justice, equality, sustainability, health and vitality.  Can you feel it? Sense it?

It is an extraordinary time to be alive. People all over the planet are co-creating solutions, alternatives, innovative systems and tools that are built to sustain a harmonious existence for both people and planet. It is also a time of immense collective pain as we make this shift from fear to love, becoming conscious of the old ways that no longer serve us. The challenge of this shift comes in many forms; it could mean questioning whether you are on the right career path or in the right relationship, it might be a crisis of faith or finance.  We are now challenging ancient veils of societal conditioning built on fear-based ideologies and hierarchies of power that have created the illusion of separateness from each other, the Earth, and God.  It can be difficult to confront authority, ask questions and make life changes but most of us know we have to if we are to survive, and to thrive. Many courageous souls from Ireland and afar are making these life changes right now; forgiving, healing, loving, following their dreams and aligning with their soul’s purpose on Earth.

One soul who has committed his life path to following his dream is American man Foster Gamble, creator of the documentary Thrive, which claims to lift the veil on what is really going on in the world right now. Foster is an heir of the Gamble dynasty – Procter & Gamble – and instead of following his family tradition into corporate life, he experienced an early childhood calling, causing him to realise that there was more to life than money. He went on to dedicate his life to intensive research and investigation into the scientific, ecological, economic and spiritual reality of our age. Thrive, having only been released on the Internet on 11/11/11 has been watched by over 2 million people and this number is growing fast.

Foster and his wife Kimberly are most excited about the solutions he and his team have revealed. To him, this documentary is not only about creating awareness of the problems we face on Earth but more importantly providing genuine, tangible solutions and actions each one of us can take, starting now.
Thrive contends that the world is organised through a ruling elite who have an agenda for control of the world’s energy supply, health care, education, banking and food. Also controversially, Foster includes what he says is evidence supporting the existence of extraterrestrial life. I asked him how he responds to inevitable doubters of this claim. “Don’t believe it. Investigate it! Lie out at night and look up at the billions of suns in the Milky Way and ask yourself if you seriously think we could be the only sentient life in a living universe,” he suggests.

He says that there is a possibility of unlimited sources of clean, non-combustible energy available, scientifically based on the principal of the torus tube. The torus tube is a self-replicating pattern that exists in every aspect of the universe from the atom to the human body. He says that this new energy technology is being blocked by oil giants, as ‘free energy’ could ultimately replace oil and coal thereby revolutionising how we administer power throughout the planet.

Foster wholly believes in the ideas of Gandhi and Martin Luther King and says that the powers of truth and love allow us to find our own internal power to change.  “Find your purpose, and in aligning with forces vastly bigger than your rational mind, your emotions and your personality, you can re-discover the belonging, uniqueness and gentle power that have been within you all along,” he says.

“We may be in the most dynamic moment in recorded history – with the ability for the first time to destroy life as we know it on Earth through the ignorance, illusion and immaturity of some humans, while simultaneously experiencing a global, emerging, self-creating recognition of our interconnectedness and the greatest decentralised commitment to caring for one another and for our beloved planet, ever.”
When asked about what Foster thinks is the most powerful solution humanity can collectively take to help adjust into a new way of being, his response was simple, “The guiding compass is integrity.”  He makes a good point here. If indeed each individual in our world can hold true integrity, then social healing becomes a priority on the local and global level as we realise that if we hurt the planet or our neighbour we harm ourselves, for we are intrinsically interconnected.  As a species we are coming to understand the meaning of ‘we are one’ in new ways.

What is inspiring about the success of Thrive, irrespective of whether or not you agree with all of Foster’s theories, is the power of knowledge-sharing and the magic that occurs when people of different ages, backgrounds, faiths and paths discuss and debate new and different ideas. It creates a symbiotic vortex of solutions greater than any solution that could ever be created alone. There is such strength in unity. We live in a world where location doesn’t matter and communities are springing up all over the planet, acting locally and linking globally to help heal major world issues.

And so here we are, although often hard to see it, with a new Earth vision growing and supporting us all in profound ways: to become conscious, to walk through the fire and wake up to who we really are – divine beings of light. The turning tides of 2012 are akin to the end journey of the caterpillar. As this creature nestles itself into a cocoon not knowing its future, it goes through a painful process of transformation.  Its cells change frequency. These transformational cells are known by biologists as imaginal cells, as the caterpillar imagines itself into a butterfly and evolves to a new way of being. We too are going through a similar process right now and we are emerging as lighter human beings in all ways.

As we grow in light, it is up to all of us to have the courage to shine it brightly. The second we choose to be, see, and act from a place of love, we light up our hearts and the world around us. Magic happens instantly. As difficult as it might be for us, as it is for the caterpillar, to surrender to our old ways of being, a new beautiful future is now being imagined and the time is coming for us to emerge, to fly. 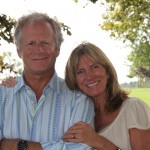 Thrive is being shown at a Buddha Bag special event in the Sugar Club on March 28th. Log on to www.buddhabag.org for more information.

Pachamama & the Breath of Life, Reborn in...

Healing the Hidden Triggers: Why Children Push Your...