February Felicitations: Hello, Positive Lifers! Spring is beginning to make itself known, and we’re enjoying the signs of nature’s renewal all around us. We are currently putting together our Spring 2021 issue – we will have some great sneak peeks to share with you soon. Scroll down below for our February news!

“A Day at the Beach” A Positive Experience

As I made my way on to the train that sunny afternoon, I could almost feel the sea air already. As usual, I opted for a seat by the window. The carriage wasn’t too full which suited me just fine. I had spent the last half hour walking through the city centre, and I just had to get away. Away from all the crowds and the noise. This felt much better. Watching the world go by from the window as the train slowly pulled out of Connolly Station. This was a treat for me. This occasional journey I took from Dublin to Laytown. 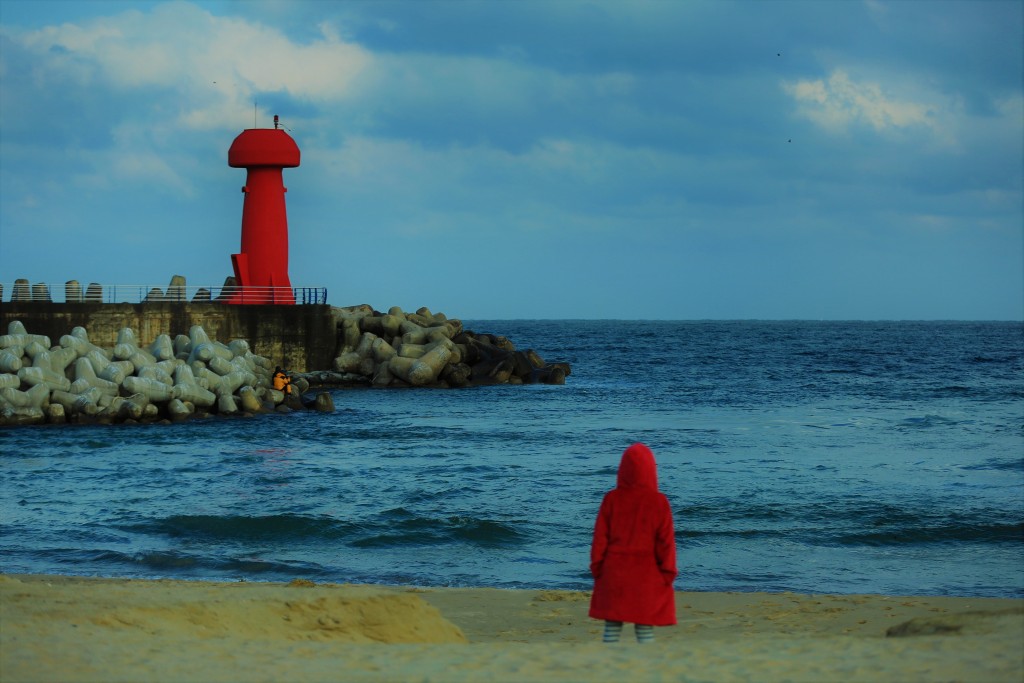 Sometimes when it all got too much, the beach just seemed like the perfect option. But for now I could relax and enjoy the journey. I’m not sure what it was about this that was so special to me. I suppose it was because it felt like a pretty spontaneous thing to do. Gallivanting to somewhere outside of Dublin wasn’t something I always did. For one thing I didn’t always have the time. The day to day responsibilities of life would often interfere of course, as they inevitably would. Other times I just didn’t have the energy. But when the weather was quite simply too glorious to be wandering aimlessly around the city, it made sense to get out.

It was now 1.25pm and the train began to pull out of the station. I sank back into my seat as I watched the rooftops of houses rush by as we began to pick up speed. For a moment I found myself wondering about the world out there. What were other people getting up to while I was in this little daydream? As we travelled over a bridge in Clontarf, I gazed down at the traffic below. In that moment I felt so lucky to be leaving this urban space for a while. The north bound train picked up more speed and off we headed for the coast.

As we gradually glided through to more rural territory, I wondered if any of these places we were passing were ever visited at all. Or even known about. From my random sighting of an old burnt out car in a field (which must have been there years) to the rather calming shape of Lambay Island on the horizon. This neck of the woods was quite spectacular. We still had another bit to go but already I could feel my mind beginning to slow down. This was lovely. I could get used to this.

It was usually when we arrived in Skerries that I would brace myself. Brace myself for even more breath-taking scenery. You see there was a spot between Skerries and Balbriggan where there was a gorgeous view of the ocean, and to be honest the best view of it was from the train. The train tracks were high up over the road and as we passed through this area, I couldn’t help being in awe. The city was now well and truly behind us, and anything was possible. I felt so privileged to even be aware of this beauty and I was ready to enjoy it.

It was approximately 2pm when we arrived in Laytown. Even the station there itself has a nice, quaint feel to it. The sea breeze was instantly refreshing as I stepped off the train. It was unusual to even come across a practically empty platform. Only myself and two other people got off. You would never have this in the city. The sound of the tide and the seagulls in the distance reassured me of the safe have I was in now. I made my way down to the beach and as I did so I contentedly watched as locals went about their business; walking to the shop, chatting to one another outside the nearby pub, and sitting out in the warm sun. I ambled on, in my own little world, and before I knew it I was on the beach. The tide was in and the sand look just perfect. It turned out I had picked an ideal day to come out here. It was surprisingly quiet for such a nice day. However when I looked to my left, I could make out the figures of people walking further up the shore. As much as I loved my solitude, it was comforting to see this as well. That there were other people out here enjoying this too. I started on my walk and listen to the soothing sound of the waves. The Cooley and Mourne Mountains which lay stretched in the distance looked completely blue as they touched the sky. This was bliss. Then I started thinking.

This was exactly why these trips to the beach were so important to me. I often had a tendency to think. A lot. And the thoughts I had weren’t always healthy. Especially on this occasion. There had been a lot of things stressing me out over the last while. I couldn’t quite put my finger on it but I knew something wasn’t quite right. It was like I just couldn’t relax. Even though this was a common occurrence for me and I was more than used to it at this stage, it still bothered the hell out of me. Why did this happen to me? I was convinced nobody else had this affliction. I proceeded to walk along while I pondered this as the tide swept in and out. I looked out at the calm horizon hoping for some relief. But those thoughts were persistent.

I thought about that night a few weeks when I was out with my friends, and how I just wasn’t sure about one of them. For ages now I had been getting a strange vibe from this person but because I didn’t want to seem negative, I kept sweeping it under the carpet. Could I trust this person or would I need to continue to keep my guard up? Because that was exhausting. But this one thought was just the beginning. In no time at all, I was reliving all my past experiences of humiliation and heartbreak. All the times I felt stifled by different individuals and circumstances, all the times I wasn’t believed and all the times I was overlooked, all the infatuations which weren’t reciprocated, all the pointless jealousies; there seemed to be no end to this long litany of regrets. I was a great one for self-loathing, no doubt about that. This mind numbing rumination continued on for another while until something stopped me in my tracks.

I had now reached the old lighthouse which was situated at the very end of the beach. When I first arrived at the beach, which seemed like only five minutes ago, this landmark was a mere dot in the distance. Now I was right beside it. I looked at my phone to check the time and realised I had been walking now for almost an hour. Wow! Where did that hour go? Had I really spent the entire walk along this beautiful beach on this beautiful day thinking about things that annoyed and angered me? Had it really come to this? I truly had no idea how or why I had developed this habit, but it was really getting to me now. Surely when I was in a place as magical as this I would be able to switch off. Why was I finding it so hard to let go of stuff? What was wrong with me? As these frustrating thoughts swirled around in my head I decided to turn back. Maybe there was no point in me being here if I couldn’t step outside of my head long enough to enjoy the natural beauty around me. But this was my special place and I came out here for a reason. Suddenly I could feel myself begin to relax as I turned around. I could feel the fresh breeze on my face even more now, and with that something changed. For one thing the thoughts that had been racing through my mind seemed to dissipate. Maybe it was because I was so exhausted at that stage from all the thinking, but either way it felt quite pleasant. As I headed back up the beach I found myself being more at one with my surroundings. I looked out at the sea and watched the seagulls skimming over the waves in the distance. It then occurred to me that it really did not matter if I was feeling a bit lost right now.

The wide open space around me was big enough to contain me and all my emotional litter. The sea was pure enough and vast enough to soak up all my negative thoughts and anxieties. Nothing seemed to matter anymore. Despite how hectic my life might have been occasionally, this beautiful place was always here. No matter what anyone was doing, anywhere in the world, the tide would always drift in and out.

From that point on, I felt more liberated than I’d ever felt before. It finally dawned on me how utterly insignificant me and my problems were. There was just too much beauty out there. I realised I had a choice. I could continue on letting myself get consumed by my toxic issues as usual, or I could just let it go. Life would still carry on anyway, so was there really any point in clutching on to things that I didn’t need or want? No, of course not. There would still be struggles, yes. I would still have my ups and downs, good days and bad, but the intense fear I’d always felt around those things was now gone. For some reason I had always found it extremely difficult to accept myself as I was, imperfections and all. I had wasted so much time being self-conscious and insecure. I suppose in one way, that stuff ironically just felt safe and familiar to me. But I was now done with it. I was ready to leave it behind and move on. No more trying to be perfect. I was a human being with strengths and weaknesses, whether I liked it or not, and it was time to accept and embrace that.

It was about 6pm when I boarded the train from the station back to Dublin. As I once again sat by a window I felt refreshed and rejuvenated. I gazed out at the setting sun as we passed through the familiar fields and coast roads we had passed earlier. I felt different now. Much more content and at ease. I knew I would sleep  well that night and I did. I would never be perfect, but I would be okay. No matter what, everything would unfold as it should. And that was enough.