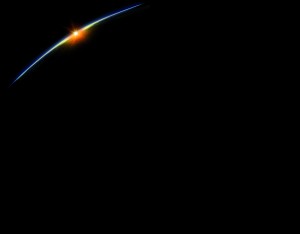 Leo and Aquarius, Virgo and Pisces

“The whole illusion of a separate…existence is a dream… There is no way of telling people that they are all walking around shining like the sun… I suddenly saw the secret beauty…the depths of their hearts…the core of their reality… If only they could all see themselves as they really are. If only we could see each other that way all of the time.”
~ Thomas Merton

We have now reached the final four Sun signs as we complete our journey around the Zodiac. If you missed the description of your Sun sign in Part 1 or 2, feel free to have a look at it online at www.positivelife.ie

Leo is the third and final fire sign we meet as we move in a counter clockwise direction around the 360° wheel of the Zodiac. It is commonly associated with the myth of Parsifal and the Holy Grail. Leaving the safety of mother behind to join the other knights in search of the Holy Grail, Parsifal embarked on a quest filled with challenges. Upon finally arriving at the castle where all were asleep, Parsifal was initially unable to ask the required question, forcing him to continue on his challenging adventures for a further twenty years. Upon returning to the castle with greater maturity, Parsifal asked, “Whom does the grail serve?” which caused the king and the whole village to awaken, after which Parsifal became the new ruler.

On an archetypal level, the sign of Leo represents the search for the true authority within, which ultimately is the search for the divine which our soul self is a part of. Ruled by the Sun, which we depend on for our light and heat, Leo reminds us to shine brightly at all times from our heart centre.

If the Sun in Leo is unconscious, blocked or disowned, it can dim its light to avoid the envy of others whose own light is dimmed, or it can feel demanding when it seeks for reassurance of its own innate, divine specialness. In finding and owning its authority within, the Sun in Leo, with its passion, generosity and joy of life, shines easily and brightly, assisting all of us to open our hearts and be the individual we most are.

If your Sun is in Leo, you are likely to benefit from playful creativity and spontaneity.

Hence, Aquarius, like Prometheus who brought fire to humans, asks us to risk displeasing the Gods by bringing our greatest ideas and ideals to fruition. Here we are in the powerful realm of the mind, including the ability to channel information from beyond.

If the Sun in Aquarius is unconscious, blocked or disowned, it may place ideals on a higher level to human interaction, forgetting that our greatest learning on this planet is ‘how we do’ what we do, rather than ‘what we do’. In finding and owning its own authority, the Sun in Aquarius offers us the necessary detachment from the realm of human emotions, enabling the pursuit of enlightenment for the greater evolutionary growth of the collective (The sciences and Astrology are Aquarian pursuits).

If your Sun is in Aquarius, you are likely to benefit from the necessary space and freedom to pursue innovative ideas that come to you. Groups offer you intellectual stimulation and the potential to challenge your thinking.

Integration of the strengths from both signs
In combining Leo and Aquarius, the ideals of the higher mind and intellect join the warmth and compassion of the heart, offering humanity the potential to develop our thinking function to its highest potential for the purpose of Love.

The last earth sign, Virgo, reminds us of the intrinsic connection between mind and body. Represented by the Vestal Virgins in the ancient temples of Rome where they were dedicated to Vesta, the Goddess of Health, Virgo is deeply concerned with holistic health and well-being.

Archetypally, Virgo reminds us of our human need to take time to process and digest life in order to function most efficiently and effectively. Like the vestal virgins, Virgo is intrinsically self-sufficient with an innate dedication to being of service. Unlike its role as God of Crossroads in the sign of Gemini, which Mercury also rules, Hermes, as ruler of Virgo, represents an acute analytical ability.

If the Sun in Virgo is unconscious, blocked or disowned, it can become isolated and intensely critical of itself and others as it mentally obsesses over details. In finding and owning its own authority, the Sun in Virgo is a natural teacher and holistic therapist, aiming to help at all times through humble service and efficient dedication.

If your Sun is in Virgo, you are likely to benefit from a deep connection with your bodily rhythms and functions. Private, quiet time in earthy nature is beneficial, to digest and process information.

Here, we have now reached the final sign in the wheel of the Zodiac. From the Aries fire child, we have travelled to the Pisces wise woman/man. In opposing the earthly bound realm of Virgo, watery Pisces seeks to dissolve all, reminding us that we are here but for a brief earthly visit before returning to the pre- and post-incarnation dimension we came from.

On an archetypal level, Pisces reminds us that as spirit in human form we are all one. Through the Neptunian realms of the imagination and spirituality, we have the potential to remember our innate connection with the divine.

If the Sun in Pisces is unconscious, blocked or disowned, it can seek a reconnection with spirit through the ‘spirit’ of the bottle or other substances rather than through music, art or spirituality – thereby literally dissolving itself. In finding and owning its own authority, the Sun in Pisces offers immense compassion and empathy with an immeasurable ability to forgive our flawed humanity. The Sun in Pisces is naturally sensitive to energies around it as well as to sound and colour vibrations.

Integration of the strengths from both signs
In coming together, these two signs form a healing container in which body and spirit are truly united for the purpose of healing the collective. The analytical ability of Virgo is aided by the immense compassion of Pisces, enabling spiritual insight to flow.

Dear Readers,
Thank you for taking the time to read these astrology articles. I would like to invite you to send me your thoughts on which astrological topics you would enjoy reading about in future issues.

Fit for a long and healthy life!