Come and listen to Rupert Sheldrake, author of the new popular book The Science Delusion: Freeing the Spirit of Inquiry.

The science delusion is the belief that science already understands the nature of reality, in principle. The fundamental questions are answered, leaving only the details to be filled in. The impressive achievements of science seemed to support this confident attitude. But recent research has revealed unexpected problems at the heart of physics, cosmology, biology, medicine and psychology. 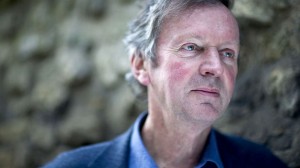 Rupert Sheldrake, Ph.D. is a biologist and author of more than 80 scientific papers and 10 books, including The Science Delusion (January 2012). He was a Fellow of Clare College, Cambridge University, a Research Fellow of the Royal Society, and from 2005-2010 the Director of the Perrott-Warrick Project, funded from Trinity College, Cambridge. His web site is www.sheldrake.org