Happiness is a key to a Positive Life – Part 1 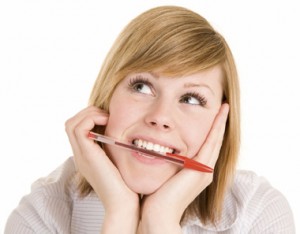 While becoming happier is no simple feat, there are some simple measures to help raise your level of happiness. Research has demonstrated that it is possible to be happier — to feel more satisfied, to be more engaged with life, find more meaning, have higher hopes and probably even laugh and smile more, regardless of one’s circumstances. Research has also shown that happier people outlive, outperform and are healthier than their counterparts.
(Dr. Martin Seligman, Director of the University of Pennsylvania Positive Psychology Centre)

To get you started, we’ve listed three exercises that take advantage of your brain’s neuroplasticity—its ability to change and grow in response to your actions. That means every time you do one of these tasks, you’re actually training your brain to be happier. We have also included a brief summary of the supporting research so you can learn about the specific benefits of each exercise.

A research project had a group start the day by thinking about three things that they were grateful for and why. For example, “I am thankful for my wife because she is soft and curvy.” After 21 days, the people doing three gratitudes a day felt better about their lives as a whole and felt more optimistic about the coming week. They retested the group six months later and found that they were all still happier, even the ones that never went beyond the 21 days. Compared to control groups, they exercised more frequently and reported fewer physical complaints. They also experienced more positive emotions, fewer negative emotions, and exhibited more helpful behaviour towards friends and neighbours.
(Emmons & McCullough, 2003)

Being grateful will predispose you to look for good things and therefore you will see more good things in your life, which causes an increase in positive emotions. For example, when shopping for a new VW Jetta (i.e. focusing on it), you suddenly seem to see many more Jettas around you, but really you have just become more aware of them. We call this the “Jetta effect”.

Take 20 minutes several times in the coming week to write in your journal about a recent positive experience. Try to be as specific as you can about the experience and why it made you happy.

People who write about positive experiences at least 3 times a week report enhanced positive moods and a 50% drop in doctors’ visits for up to three months later (Burton & King, 2004). Also, couples who journal about their relationship are significantly more likely than control group couples to still be together 3 months later. (Slatcher & Pennebaker, 2006)

Smiling is associated with being happy and when we smile, our bodies release endorphins. One way to become happier instantaneously is to put a pen in your mouth sideways. It may seem silly, but try it. You will most likely start to chuckle a bit, proving that it works. When you put a pen in your mouth sideways, it causes the corners of your mouth to rise which in turn triggers your body to release endorphins. If you don’t have a pen, then use your finger. It’s a positive way of “giving the finger”.

In the next issue, we will show you how happiness can help you perform better. We have research that will show you how both four year old children and doctors performed up to two times better when their happiness was raised before they started specific tasks.

The Future by Design

Claim What is Yours: Choose Your Birthright of...

We Recommend: ‘Living the Way of Grace’ Seminar...