Breaking Through The Dam 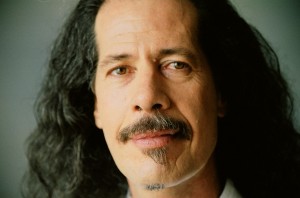 At some point in my ascension process, I started feeling as though there was a locked door between my head and the rest of my body. Layers of stuck energy I had been working with for years seemed to come up my energy field and stop at the level of my arms, shoulders and neck, especially on the right side. I actually felt excited; finally a big portion of my pain-body had been processed and transmuted, ready for release. The juice was squeezed out of it, lessons in darkness learned. I was ready to leave the old behind, but the energy was stuck and didn’t seem to be able to move up past the very tangible barrier at the level of my neck, right around the Alta Major chakra. I also had an inner knowing that this is not only my problem, that I had just touched a ceiling of human limitation and conditioning, keeping our species vibrating at a low frequency. This was the barrier which allowed us to forget, to get cut off from our interdimensional aspects and cosmic remembrance, and dwell in the 3D world. I felt that breaking through this blockage was the key to going to the next level of consciousness.

I knew I needed some good body work, and I sent an intention to the universe for synchronicity. Soon after, I stumbled upon an article on the internet, “Reversing the Curse: The Block in the Homo Sapiens” by J.C.Koven, and I immediately resonated with it. I learned about a treatment (now called Atlas Evolution, as developed by Ranan Shahar) that aligns the whole body, focusing on the atlas (the top cervical vertebra) which is thought to be out of alignment in practically all humans, blocking the energy flow between the brain and the rest of the body. Of course, that was exactly the spot where I had felt the energy blockage. I didn’t care about the details of the treatment, I just knew I was going to do it.

I spent the day before the appointment in joyous anticipation, feeling a big change on the horizon. I even made a little ceremony with candles, opening myself on deeper levels for the next day’s session.

I received Ranan’s treatment a few days before the big portal of 10:10:10. It was not a pampering experience (I felt a few sore spots like never before), but a deeply releasing body work unlike anything else I had experienced before, with immediate results. As I was lying on the table, I moved through a tunnel of light which looked like an amazing vortex above my head. I rushed into the new space and felt an incredible lightness and freedom on all levels. I made it through the dam.

I danced back home and felt an overwhelming urge to sit upright and meditate, which, after the session, seemed to be the most natural position to be in. A radiant Light Being appeared in the room, greeting me lovingly in the New Space and congratulating me for having arrived on the other side of the dam. This blockage seemed to have been purposely implanted in the human species, keeping us in limitation, but now, from the new perspective, it didn’t really matter. I just felt compassion for us all. It’s about embracing all our aspects, the “positive” and “negative” ones, and moving beyond judgment.

The next day, strong waves of emotions came to the surface. The stuck energy started dismantling itself, making itself known to me before it was ready to be released completely. That’s the less pleasant part of the process. It was easier for me to let it flow through me though, without getting too much involved in it. As the emotions were releasing, I felt deep gratitude for the process, for Ranan and for his healing work helping us all move to the next level.

Moving from Fear into Love with the help of the Planetary Transits, By Margaret Gray

Moving from Fear into Love with the help...