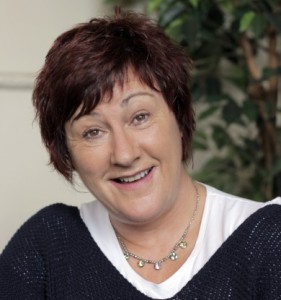 Being interested in health and health care, I always really wanted to go into medicine of some description. When I was a little girl, I wanted to be a nurse, but I was never gonna make it because I would have never passed the exams. They didn’t have all the support for people with dyslexia back then that they have now.

I went into catering, and owned my own coffee shop. Then, when my husband was doing a business degree in Griffith College, they asked us to do the catering in there. I had planned to only do it for a year, because I wanted to go and study alternative medicine, but I ended up staying 4 or 5 years.

While there, I did an alternative medicine Bio-Energy course, and I loved it; but I realised I hadn’t got enough information to explain to people what I felt was wrong with them. This was about 15 years ago, and Bio-Energy was talking chakras; and people were like: “What?” So, I knew I needed a better foundation; and with Shiatsu, I feel like I found that foundation. It’s very grounded, and I would have been a bit hyper. Now, every time I do it, it brings me back down again and keeps me settled.

To this day, I still don’t know how I studied it. I did an introductory course with Shirley McClure, and then forgot all about it because my mam was sick with dementia. But even with the dementia, my mam said: “You really like that.”

The week before my Mam died, I left Griffith College. I had given up catering. I just couldn’t do it anymore. And then, about a week after my Mam had died, they rang me up and offered me a place on the Shiatsu course.

I had to learn a whole new language of points and meridians, and because I left school at 15, I found it really hard; but I had a lot of help, and it really helped me. Then, when I passed the exams in 2000, I thought: “This is it. This is what I want to do for the rest of my life.”

A few years ago, Ann Drexler, who was the founder of Shiatsu in Ireland, was retiring, and one of the teachers who taught me was retiring, so there would have been no school in Ireland. I couldn’t have that, so I took it over and renamed it. Two of the same teachers came with me, and then I got two more. Our first graduates graduated in July of this year, and they ranged in age from 26 to 60.

The health stores came about because my practice of alternative medicine, doing Shiatsu from home, was a bit lonely, because you’re a bit isolated working from home. A friend of mine, who is a Yoga teacher, was working in a hairdresser’s in Clane, and she told me about a health store that was for sale just down the road. We both thought it would be a great idea to combine the two. So, I bought Healthy Habits in 2005 and worked out of it for a while. Then in 2007, we bought The Healthy Way in Leixlip, which had a big Yoga room attached to it. That’s where I do most of my work from.

I’m actually thinking of expanding. It feels like the right time to move.  It’s risky, but you just have to risk it. I really do believe that everyone knows, intuitively. We’re living in a world where you don’t have to think anymore – everything is at the touch of a button – but I think, deep down, we all have an intuition.

I really feel that a lot of people don’t want to take responsibility for their own health, but it really is up to you. There is no magic wand.

You Are Beautiful, Inside and Outside, Mary Berkery