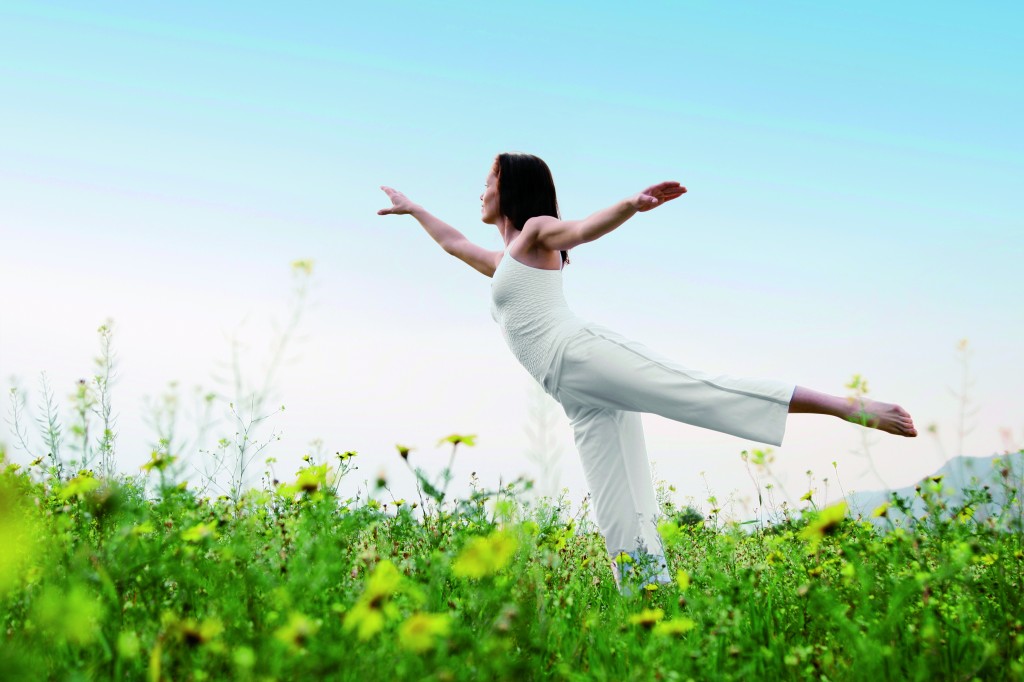 I was certain I wanted to teach Yoga from a very early stage, and I never really thought too much about the ins and outs as I was too busy going through them. The same is true of Outdoor Yoga. The response has generally been very good, and it seems to get busier as time goes on.

Classes are mixed levels and suitable for beginners, unless it says otherwise on the timetable. We use Phoenix Park, Stephen’s Green and Herbert Park at the moment, and this year they are all equally as busy as each other, which is great.

To anyone who thinks they might feel self-conscious, I always say that although there might be lots of other people in the park, they are generally more concerned about how they look. Also, groups vary from about a dozen up to thirty, so it’s not as if it’s just you and a teacher throwing mad shapes in the middle of Stephen’s Green.

We make every effort to move into the quieter parts of the park. We use the bandstands in all three parks when it rains, or a lot of the time we just take shelter under one of the beautiful chestnut trees. The ratio of men to women can vary, but there are usually more women than men.

So, if you haven’t already, why not come down and give it a try, or get yourself to somewhere outdoors that you love and have a stretch and a few deep breaths, and allow yourself, even if it’s only for one breath, to stop and accept everything in that moment for all that it is.

A Journey Back to Myself at Creacon Retreat Centre