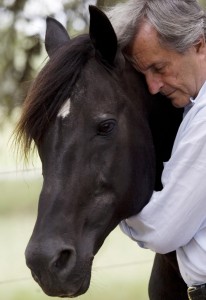 The great gift about the Bars is that they are like a delete file for your computer bank, that all the garbage you put in begins to get erased.

For me, personally, one of the most amazing miracles I ever received was when I was having my Bars ran and I got up off the table and had gone from being pigeon- toed to duck-footed and my toes have never gone back to being pigeon toed ever again. The Chiropractor had said that was two years of work and the Doctors had said it was going to take an operation. That’s kind of a miracle as far as I’m concerned.

I’ve seen people such as a guy who was having his Bars ran and his feet kicked up off the table and the next day he was an inch taller and his tipped pelvis had gone straight. Nobody thought he would ever have a straight pelvis. He had been sway-back his whole life and, literally, having his Bars ran changed that.

So those are just a few examples of the things the Bars can do. There is the potential for anything to change.

The Bars are one of the major components of Access Consciousness. One of the major things we don’t know how to do in this reality is to receive. The thing about the Bars is, there is something that requires you to just lie there and receive and most of us have been taught that we need to do or contribute to any activity. It’s like most people can’t even let the Chiropractor lift their leg up without contributing to the motion and trying to make it happen.

A whole lot of people that I have worked with, for them, it’s the first time in their life that they have ever received. It’s always about what they have to do for others and give to others and how they have to make something happen. So receiving, itself, is probably one of the most difficult things people have to do.

For men, it is one of the hardest things. Men are taught to do for women. They’re taught never to receive. So for men, it’s a major change and usually makes sex more fun among other things. Then, with them learning to receive, it makes it more fun for the women, so the women have more fun too.

So, anything becomes possible when you have this place of being willing to receive. You don’t have all the money you want as you are not able to be whatever it requires you to be in order to receive. So, this starts to unlock the places where you can’t have money or you can’t have the relationship you want. I guess that’s a way you can describe it, it eliminates your ‘can’t haves’, so you start to be able to ‘can have.’”

You can experience the Bars as a private session or learn the Bars in a one-day workshop. There are a number of Bars Practitioners and Bars Facilitators in Ireland. The Bars is the first core Workshop in Access Consciousness. You can also purchase books by Gary Douglas from the Life and Balance Centre.

Less is More in Winter

Coming Home To You

We Recommend: Angelic Sounds With Georgie Deyn and...