An exclusive interview with Nassim Haramein by Patrick Bridgeman

Nassim Haramein helps us get to the Heart of Matter… 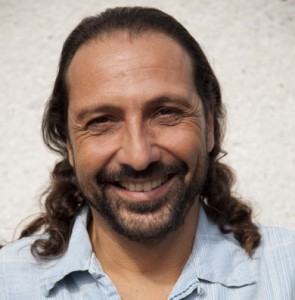 My interview with Nassim Haramein blew my mind; so when I sat down to write this editorial, I didn’t know where to begin. In order to get to the heart of the matter, we need to join Nassim on his journey to find the heart of matter itself. It is a journey that will take us through both inner and outer space, introduce us to advanced civilisations and paradigm shifting technologies, and leave us with a choice that will determine the future of the entire human race.

Haramein has spent most of his life researching the fundamental geometry of hyperspace, studying a variety of fields from theoretical physics, cosmology, quantum mechanics, biology and chemistry to anthropology and ancient civilizations.

“Early on, I had an unusual way of relating to reality, and it caused a lot of problems at school. When I was 10, I realised the fractal nature of space and started to think about the universe in a different way.”

He began developing the basis for a unified hyperdimensional theory of matter and energy, which he eventually called the “Holofractographic Universe.” In the past 10 years, Haramein has directed research teams of physicists, electrical engineers, mathematicians and other scientists in exploring the various aspects of unification principles and their implications in our world today. He has also founded a non-profit organization, the Resonance Project Foundation, where science, sustainability and advanced technology come together to generate viable, clean, free, renewable energy options.

“What is it that keeps the Earth spinning and the Sun shining and the galaxies going? Where does this energy come from in the first place? This is a question I asked myself very early on, and I realised that matter may not be the source of its own existence, but that space might be what produces matter. We always thought that matter defined space, but really space defines matter; and what we think of as matter is really just a little electromagnetic wave that oscillates; and because it oscillates, it seems solid to us.

So, if space is the source, it must be full of energy; energy that is oscillating at a frequency that we cannot experience with our 5 senses or even our most advanced detectors.

The universe and galaxy would still be there even if there were no stars or dust in it, but you wouldn’t be able to see it.

In 20 years, the world will look much different than it does now. Combustible gases and nuclear power plants will become things of the past very quickly. It will be a glorious world.

A lot of this technology already exists. It’s been in governmental and private enterprise facilities all around the world for many years, and the public is now able to get there by tinkering in their garages, so it’s unstoppable.

These devices that are coming out are showing that you can create a positive, dynamic feedback loop. You can generate feedback which propels the feed-forward which in turn generates more feedback, and on and on.

If this is true, you should be able to see it in nature, and you can. Our universe is continuously spinning (from atoms to galaxies) in a positive feedback loop. We now know that our universe is not only expanding but it is also accelerating as it expands. If it was winding down, it would not be accelerating.

The error in our current thinking is similar to the error in the thinking of the scientists at the time of the wright brothers, who published thousands of papers proving that an aeroplane could not fly. There was evidence in nature that things that weighed more than the air could fly – but they missed that information.

That’s why it’s such a critical leap that we are making right now, because we are literally tying our consciousness and our technology to the fundamental principles of creation. And it will free humanity. A society that does not use these principles will not make it.”

“Planetary surfaces are not stable places to be. They may be for a few million years, but eventually something will get them – a little bit of a sun flare, a big rock coming your way, a comet coming too close by and dragging the planet along with it. It’s just a question of time before this planet is no longer appropriate for us to be on.

The surface of a planet is like the nest of a bird. It can hold the eggs for a while, and let the chicks grow a little bit and get used to the environment, but at one point the chicks have to learn to fly, and they have to get out of the nest, because there’ll be one big wind that’ll come along and throw the nest from the branch.

This is literally where we are at right now in our evolution. We must learn to fly, and it won’t be with fossil fuel burning technology. It will have to be with gravitational drive and gravitational control; and in order for that to happen, we must get to a deeper understanding of the fundamental forces of nature which lie within the energy of the vacuum.”

“There’s no doubt that millions of species around the universe have learned to do this a long time ago.

The combination of planets being around most stars and water everywhere makes the probability of life extremely high; and the universe that we observe is 13.7 billion years old; so, there’s absolutely no reason why there wouldn’t be civilisations thousands and thousands of years ahead of us in evolution. In fact, we have enormous amounts of evidence that they have found our planet, and that they have been visiting us for a very long time (including the Mayan calendar).”

“People ask me all the time: ‘Why they are not interacting with us more?’ Imagine you are them: you find a planet in the corner of a galaxy where people are shooting at each other, and most likely shooting at you if you show up. We’re not so easy to approach. The tendency, if you were them, would be to wait until we’d grown up a little, stopped shooting at each other and realised that we’re all in the same boat, that the colour of skin doesn’t matter and that there’s plenty of resources for everybody. And maybe, while you’re waiting, you might try to throw little bits of information out. You might put little crop circle here and there to say: ‘Hey guys. Check this out.’ You might use really advanced technology to talk into people’s heads; and, all of a sudden, there’s a psychic who says: ‘I’m in contact with someone from Alpha Centaurus.’ You might do all sorts of little things to try to help them along; and I think that’s what’s going to happen.

There is an increase in natural disasters, and our magnetic field seems to want to flip. Last year, the North Pole moved by 40 miles, and I think that’s going to drive our society to reach a new pinnacle in the evolution of our consciousness and technology. This occurs periodically, and we are actually overdue a flip; so, it will happen in the next few years, if not the next few months.”

The most important thing we can do is cleanse ourselves of anything that no longer serves us. That includes our diet, our lifestyle, taking time every day to meditate and connect with the rest of universe, the vacuum, our self; so that we can be as physically and emotionally strong as we can be to prepare for these changes; and so that we can help the rest of the population through these changes.

Continue to do what brings you joy, focus on how to be happy and cease doing any activity that does not assist that. It’s critical. There’s little time left.

Everyone has an amazing gift to bring forward. The heart space is the source of this genius. Going towards the middle of the heart is going towards the stillness that connects us all and where all information is present. From there, the brain and the intellect can interpret and apply it in a beautiful way; but the brain and the intellect separated from the heart (which is the feminine side) will self-destruct; because it’s missing the compassion, it’s missing the deepest understanding of creation.

This is the leap that these other civilisations made. That is why I have very large doubts about the idea of bad aliens that want to take over the earth. I believe the universe has a fail-safe feedback loop so that societies that are self-destructive will self-destruct and won’t make it very far.

I think we are surrounded by brothers and sisters that are waiting on our awakening, and are cheering us on, that want nothing more than to help us grow; and there’s a lot of evidence of that.

They come from the heart space, and we need to rise to the occasion, be in our heart space, realise the universe is abundant and is awaiting our arrival.