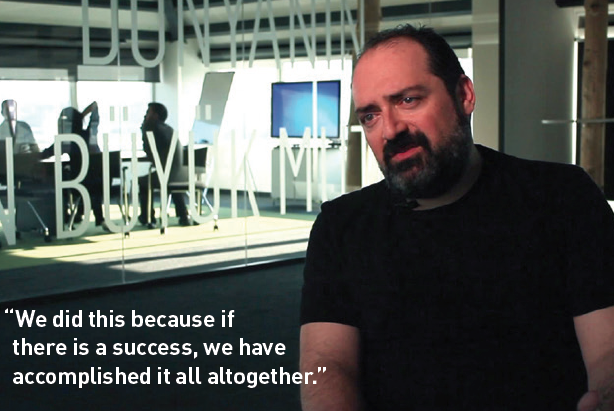 Yemeksepeti a Turkish online food ordering company was bought out by German delivery company Delivery Hero this year. Selling a company can be an incredibly joyous and financially benefical moment for any shareholders. In this case, Yemeksepeti was bought for $589 million, the largest ever acquisition of a Turkish technology firm. CEO of Yemeksepeti, Nevzat Ayd?n retained involvement by taking up a management role within Delivery Hero, but made a very surprising decision as the sale came. He shared $27 million with his 114 employees, with individuals receiving up to $200,000 – now that’s a nice day at the office!

“Some employees cried, some screamed, some wrote letters of thanks…There were emotions, because you affect the lives of the people. People can buy homes, cars. They can immediately do something otherwise they could not with monthly wages of 3,000-5,000 Turkish Liras. It was a good thing; I wish we could have given them more.”

What was his reasoning? “We did this because if there is a success, we have accomplished it altogether.” In an interview with Hurriyet Daily News he also added that other companies were going to hate him, though I think this could be a great inspiration for other businesses. We saw similarly generous CEO behaviour in April too when Dan Price, CEO of Gravity Payments cut his salary by 90 per cent to significantly increase staff salaries throughout all levels of his company.

Taken from out autumn 2015 issue, subscribe to have the next four issues delivered to your door in print.

Positive News: A Pocketful of Positivity, by Elva Carri

How Could We Imagine We Are Anything But One? By Vincent McMahon